Why Are You Ranking: Ideas in Steven Pinker's 'Enlightenment Now' Listed from Inhumane to Rational

by SKYLERIZED 2 years ago in book reviews

Discover what Steven Pinker thinks about Enlightenment for the new age.

Within the context of our current climate of negativity and strife, professor Steven Pinker dared to buck the trend and talk about positivity. And not just touchy-feely goodness, but hard, cold facts including diagrams and charts that illustrate that we ought to recognize just how good we have it. Though not perfect, Enlightenment Now (2018) sheds light on how we’re better fed, experience longer lives, are able to live better lives, and plan for the future. It is a tome dedicated to the human soul; it represents a spirit that we can achieve our dreams if we are reality-oriented and focused on the goodness of our own minds. Pinker brings together the ideas of how there are fewer birth deaths for child and mother, wars globally are at their lowest point in history, violent crimes have receded, and billions of people over the past thirty or so years have risen out of abject poverty. Enlightenment is a testament to the power of the human mind to solve problems, create new ways to anticipate future problems, and permit human flourishing. Now, get your happiness indices and statistics on economic inequality measures for “Why Are You Ranking: Best Ideas in ‘Enlightenment Now’ Listed from Inhumane to Rational." 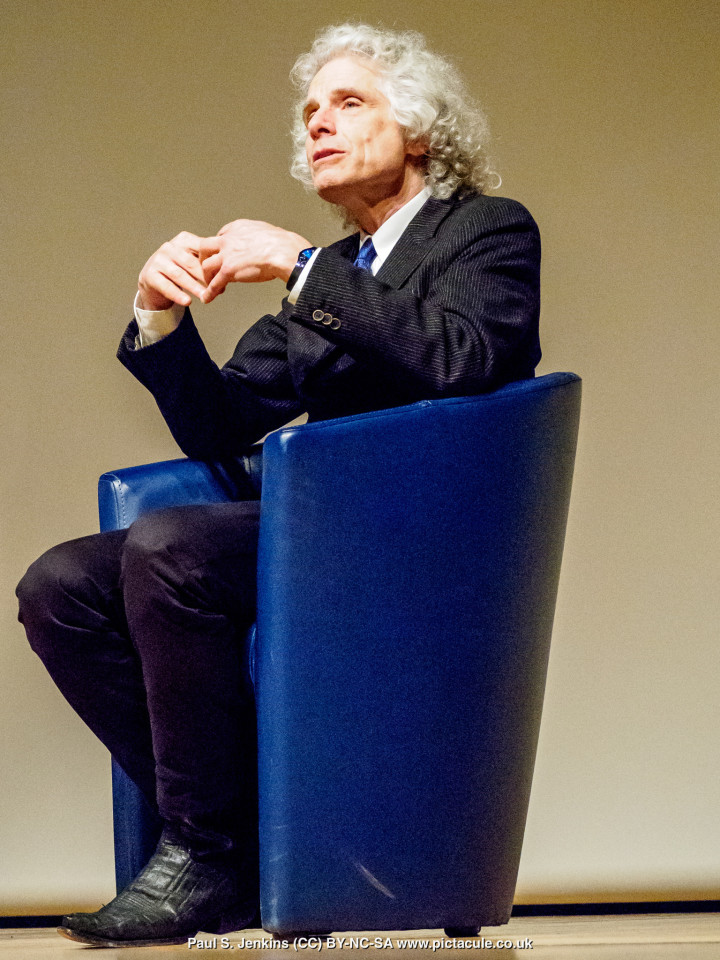 Throughout the book, Pinker continues to drop little hints at the word that relates to pity. Not only is he wrong about sympathy being a major virtue, it spits in the face of justice. Mercy or sympathy only creates monsters out of men who deserve no such leniency. A better word would have been to describe justice or getting one’s just deserts. Pinker isn’t necessarily lazy when it comes to this word, he just uses it improperly and shows little recourse for employing the virtue of getting it right. 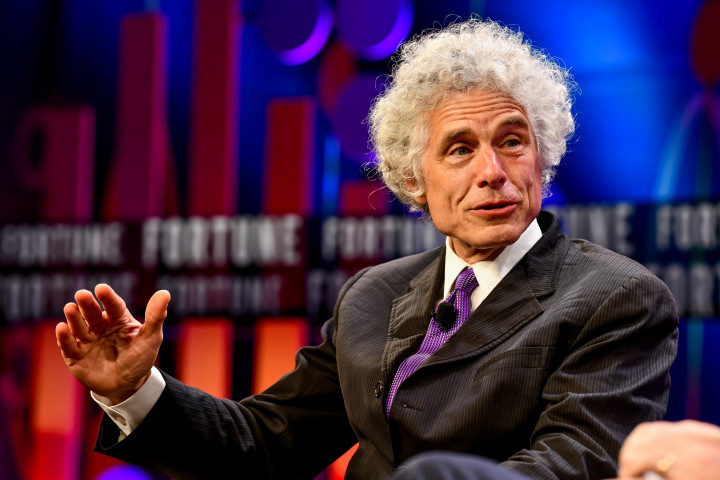 Though given just a snippet, Pinker points out that the late American author and philosopher, Ayn Rand, had adored Nietzsche and likened her code of morality of objectivism to the nineteenth-century German thinker. For the record, Miss Rand had said that she admired some of Nietzsche’s poetic offerings but denounced the rest of his work as irrational. In Enlightenment, if one didn’t know any better, Miss Rand was a devotee of the philosopher. Pinker ought to have done just a bit more research than to include Ayn Rand in relation to a man too emotional and irrational to be compared to a genius like her. 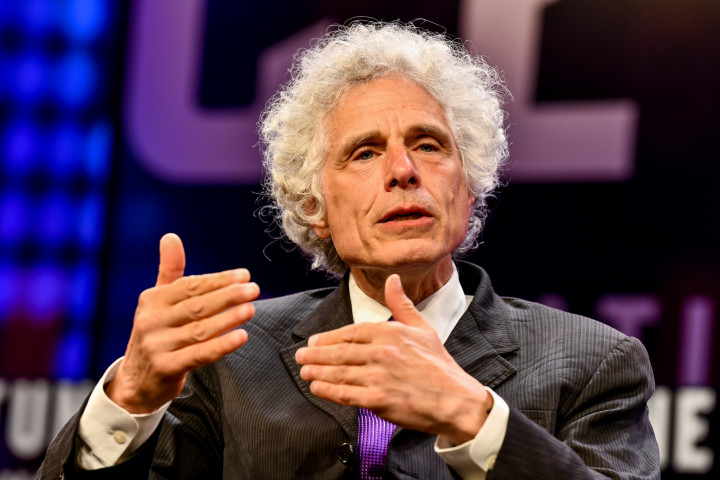 Speaking with his hands

There is some contention as to whether Pinker was “inspired” by Dr. Yaron Brook and Don Watkins’ offering, Equal is Unfair (2016) in their talks about inequality and J.K. Rowling. While Pinker is brilliant when he discusses how inequality is created with the sales and purchases of the Harry Potter universe (books, cards, clothes, movies, amusement park rides), there is a striking similarity between what Pinker says and what Dr. Brook and Don Watkins explain. Essentially, both books laud the author for creating a billion-dollar fortune while draining the pockets of children and adults alike. No, both books delve into the idea that Ms. Rowling’s works left her audience of adoring supporters poorer financially in purchasing her wares but they experienced immense joy in buying the novels or the tickets to the rides which does not register on most graphs. Economists have a tricky time pinning down just how inequality is a facet of capitalism and should be promoted. They fail to account for the spiritual value of trading dollars for goods and services. Pinker does a good (not great) job of explaining this phenomenon. 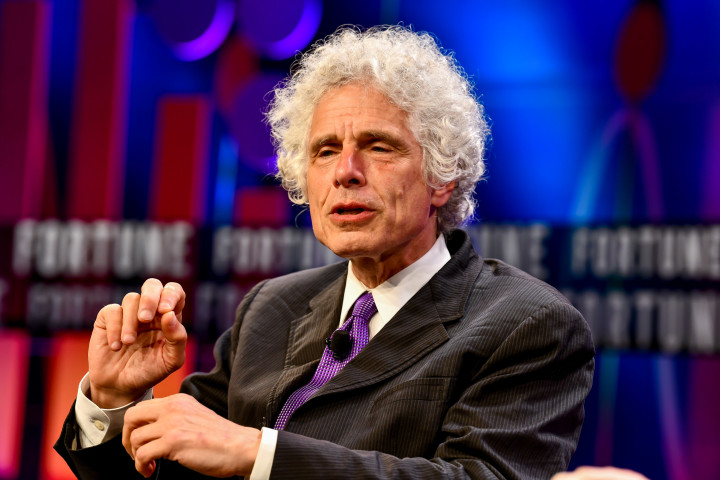 Steven Pinker has charts for days. If you sign up for the audible version of the book, they provide you with a bountiful collection of graphs and data points along with the audio. Pinker excels here. Within the narrative of the non-fiction book, he paints pictures and makes graphs seem like animals (one is described as sort of an elephant). This readiness to illustrate for the reader (or listener) the particulars of complex ideas crunched down to nuggets of wisdom are what drives Enlightenment Now. Its brilliance is due to the easy to follow tone and simple yet at times poetic prose that Pinker employs throughout the work.

A Smiling Man of Thought 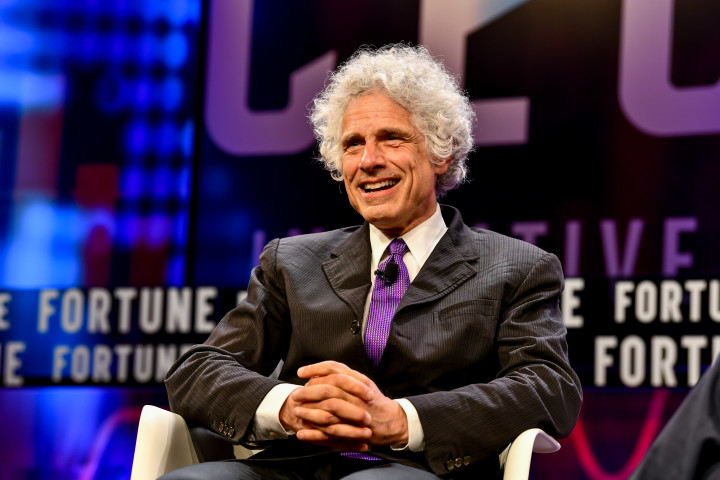 What the reader ought to take away from this entire book is the meaning and glory of happiness. That it is earned. That it is not just momentary bliss or range of the moment giddiness. It is a prolonged, sustained sensation of having overcome obstacles to gain values and to keep them, for the short term and long term. Pinker presents some substantial ideas about how happiness can manifest in a human being. He ties the fact that the thinking brain is the wellspring for all of human flourishing or eudaemonia. Though it is not a part of the major ideas of the book such as reason, science, humanism, and progress, happiness still is the goal and guiding aspect of a well-nourished spirit. And at least Pinker devotes a chapter to it.