by Jack A. Sibley 2 years ago in activism
Report Story

Part 2 of the series of articles regarding what there is to learn from the pandemic that begun in 2020. 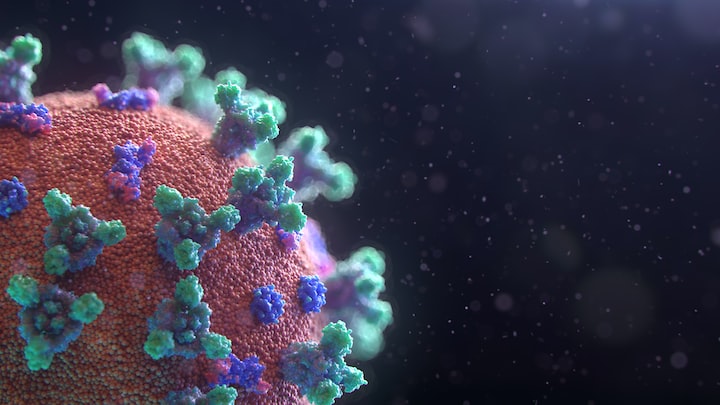 This article is a continuation from Part One, if you haven't already read Part One, you can find it here.

When analysing a situation, typically the effects are split up into three categories: social, economic and environmental; with all three categories merging into the others one way or another. The objective of these articles is to go into some detail in each of the categories and assess what we can learn from the coronavirus pandemic. So, what more can we learn?

Back in 2019, poverty statistics were released in the UK, stating that approximately 14.3 million people and 2.3 million children were living in poverty in Britain. Given that the United Kingdom is ranked as the sixth richest country in the world, this came as a surprise to many. What has become apparent during this pandemic, is that poverty in the UK still remains a serious problem.

Due to the coronavirus, the British government stated that they wanted all homeless people to be housed in just one weekend, to prevent further outbreak. Whilst the idea is good, what happens to the homeless people after the pandemic is over? Government funding isn't high enough to support the homeless and help give them a roof over their heads, especially given that government cut funding to local homelessness services by £1 billion every year since 2010, and hotels won't keep homeless people in rooms forever. What can be learnt from this?

If government had placed more importance on the issue of homelessness before the pandemic, it wouldn't have had to pay big prices to help house the homeless during this crisis. The money could have been spent on other things, such as Personal Protective Equipment (PPE) for hospitals, or even helping to supply emergency care packages to households most in need. After the pandemic, government needs to re-assess the ongoing situation with poverty in general, but look at solving the problem of homelessness, rather than cutting funding to local services year after year.

To talk about an issue mentioned in the last article, panic buying and subsequent buying restrictions meant that fewer people were donating to local food banks. Food banks are a vital life line for many families across the UK, with nearly 4 million people using them. However, many food bank centres reported that they were having difficulties staying open, as more people were turning to them for food, and they weren't receiving enough contributions, due to buying restrictions and increased usage of food banks.

What can be learnt from this, is that government again has a problem in need of a solution. Universal credit being the primary cause for people having to use food banks highlights a problem with the system of benefits in place: its not enough to live on. Following the pandemic, the British government needs to hold an inquiry into the universal credit system, and ensure that food bank usage is rarely used, to avoid unnecessary strains on small, local centres.

The impact of poverty affects education too.

When the government announced that it would shut schools across the UK to minimise exposure to the coronavirus, it didn't mean an end to education completely. Schools made sure that students would continue learning, through tasks sent via email or an online learning system, to be completed and sent back to teachers. But what about the families that don't have access to internet, or a computer?

The Department for Education announced in April that it would offer laptops and 4G routers to families so that they could have access to education, however stated that there is no set budget and that provision of resources is dependant on local government.

The fact that 4G routers are being given out to families highlights yet another gap between the rich and the poor, and emphasises the need for free broadband in every UK home under, as proposed in Labour's nationalisation plan in their 2019 Manifesto. Without internet in homes, many people are left completely cut off from the world, with many services requiring forms to be filled out online and sent via email.

Take for example online shopping. If an elderly person needs to do shopping during the current lockdown period, they are able to use a home delivery slot, given that they are part of the 'vulnerable'. However, there is no way of doing this if the elderly person doesn't have access to a computer and internet.

Offering free broadband across the UK under a nationalised scheme may seem bad to some, but in the long term, it helps to eliminate the gap between rich and poor, helps to provide access to education and healthcare services, and can help to boost mental health too. Whilst this might not seem as a necessity during the current pandemic, it should be taken into strong consideration by the government, to eliminate unfairness due to economic status, or even geographical status.

When Clement Attlee won the 1945 General Election in Britain, Health Minister Aneurin Bevan proposed the idea of a National Health Service (NHS) of free healthcare for everyone from cradle to grave. Over the years it has changed, from the introduction of prescription charges, and privatisation of dental care and eye care.

One thing that stands out from the coronavirus pandemic is that the NHS is in need of vital help. The NHS was horribly underprepared for the severity of the virus. Originally, hospitals didn't have enough ventilators, and now the ongoing issue is not enough PPE for workers, and when PPE is delivered, some reports suggest that only twenty percent of PPE used by healthcare workers was fit for standard.

The idea that the NHS needs help isn't anything new. Slow privatisation of services has been ongoing for years; not enough hospital beds and not enough doctors common among many hospitals, which isn't surprising given that the Conservative Government had cut NHS funding by £4 billion, as reported in August 2019.

Without the NHS, public health becomes worse, and fewer people can work, and are forced to look to universal credit for help. If the Conservative Government wants to avoid the UK poverty rate increasing, key importance needs to be placed on the health of the UK. More work needs to be done to ensure that hospitals are well equipped for future pandemics and epidemics, but in general just to ensure they have everything needed to provide a good standard of care to the UK population. The construction of the emergency Nightingale hospitals is a great success, but while doctors are still waiting for PPE, ventilators and more, Tory success can't be seen as incredible in this sector, and the NHS shouldn't have to rely on people such as 100-year-old Captain Tom Moore to have to raise money.

More stories from Jack A. Sibley and writers in The Swamp and other communities.