The times have changed

by Bradley Perry 9 months ago in opinion

And family values have changed with them 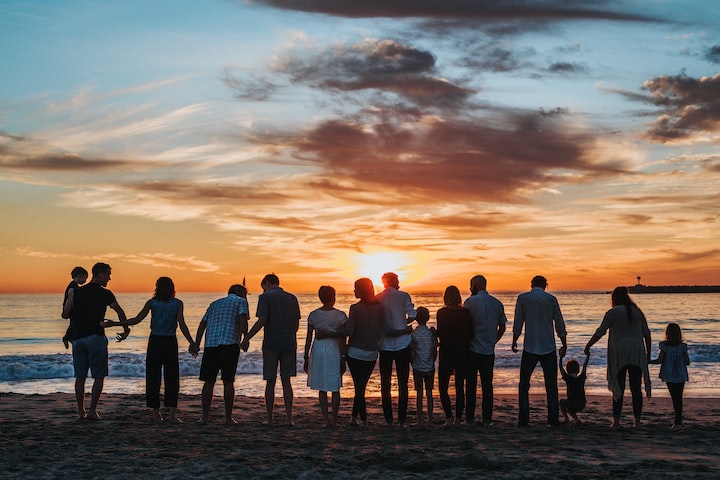 Family is something that has been around since the dawn of man, and even before. We know that there are some animals that mate for life and raise families as well. It is as normal and common as the sun rising and setting every day. They come in all shapes, sizes, colors, and makeups. So why are we seeing a jump to redefine the family? What has changed to make a "normal family" so out of the ordinary now? Sure everyone deserves to be part of a family and even have or start their own families. However, there is now a push to make a standard family, mom, and dad plus the children, seem more like a freak show more than normal. Indeed normal has changed, and all things change as time progresses, but is this change good? What is it about the standard traditional family that is so inherently bad in 2020?

Everywhere you look you see examples of a family in the USA. In the ads we air on TV to the print ads to the mannequins in stores, the family is represented in various ways. It used to be standard to assume a family was one mom, a dad, and at least 2 kids. Sure the number of children varies for different reasons, but we can assume that for the most part children are part of the equation in a family. At least it used to be. There has been a push in the last decade or so to change the way the family is viewed. Now a standard traditional family is seen as a bad thing and it is being replaced with the new family.

What is the new family? Two men, two women, various other forms of non-traditional family culture. Now, you can love whoever or whatever you want, but the problem comes when it is expected you will completely forget what you consider normal. You see the modern family has no room for traditional values. It has no room for religion or standard norms. Now the family is seen as a radical way to prove your wokeness. Look at all the depictions of a family in pop culture these days. Look at the way we portray couples. The new normal is a mixed family or a same-sex family. That is fine, but do we really need to force this on our children to make them think they are different, simply for being in a traditional family unit? We demonize traditional family values around every corner.

The other day there was a commercial for a new morning-after pill. It stated you shouldn't be punished for having fun! Now children are punishment instead of a blessing? If you want to be irresponsible there are things that can happen, and one of those is pregnancy. Today this is a bad thing, and no one is saying it wasn't a bad thing before, but it was never encouraged out in the open to do something about it. They are proud of it. You should this see add, the women are smiling and proclaiming it is their right as women to do this if they so choose. This country has lost its way, and there seems to be no way back from this direction we are headed. What is that direction? We have never been closer to Sodom and Gomorrah in our existence than we are right now. We have also never been closer to communism than we are now in our nation's history.

The family is what makes the country grow. The values we hold are what keeps us uniquely American. We don't care as a country how you raise your families, it is your right to raise them as you see fit. But when you try to tell the majority of families that they are wrong simply because they don't see things as you do, isn't that what started this whole thing anyway? When did we go from equality for all to demonize and cancel because you don't agree with us? A family is the best thing that can happen to children, as long as it is not abusive. Poisoning the children's heads with prejudices because that person is different, or that person is gay or straight, is what we are trying to avoid. We now have one group of people in this country trying to teach our children that being traditional is somehow wrong and they should be ashamed for being traditional. The family is the last line of defense in a country that is rapidly changing and trying to fundamentally change us. When do we fight back and tell them, your family is unique and that is OK, but stop trying to make families that are traditional feel like outsiders and stop trying to turn children against the teachings of their families. America needs these families just it needs all the families. A house divided against itself will eventually fall, and they know that.

A former police officer from N.C. and also a medical professional. I write and have my own preparedness, security, and safety contracting and consulting firm. We also use drones. I also do blogs and have a podcast called The Blue View News.

Receive stories by Bradley Perry in your feed
Bradley Perry
Read next: On The Minimum Wage