by Maurice Bernier 2 years ago in opinion

I just remembered something. It just goes to show you just how tired I am. In any case, it involves the POTUS.

As we all know, a certain guy in the White House has a huge infatuation with his Twitter account. I am sure that he has many followers, both supporters and non-supporters. I obviously do not know how many supporters he actually has, but I will say, for the sake of my point, that he has one billion followers. The actual number can be higher or lower, but I will use this to make my point.

When I saw his last tweet, it dawned on me. Those people are NOT confined to the United States. Those million followers are all over the planet, including within our enemy territories. Trump believes that everybody loves him, but, as I stated earlier, that billion could be half supporters and non-supporters. Therefore, half of his followers could be folks who hate him.

Hold on: It gets even better.

Mr. Trump speaks off the cuff. He has no controls. If you do not believe me, look how he carries himself on a daily basis. I did not vote for Obama, but at least he had the common sense to use a teleprompter. This also means that someone wrote prepared words for him. Trump utilizes neither. He speaks off the cuff. Some see this as an admirable quality. In some cases, it is, but in other cases, it is not. OK: If a lady asks a guy if a dress makes her look fat, he can answer off the cuff, but he better be prepared for a rapidly flying object heading straight to his head if she does not like the answer. Guys, if you want to die an early and painful death, speak off the cuff to an Italian lady and tell her that she can't cook. I will be more than happy to attend your funeral once they find all of your parts and can identify your body.

As a nation, what kind of trouble can we get into if an unrestrained president tweets so much that small, vital pieces of information land in the wrong hands? How much information do our enemies know that they already should not know? I don't use my Twitter account 95% of the year, and I don't care to know what's in there. Yet, our enemies can already access almost anything there. Do you see where I am going with this?

At the time of this writing, a former Secretary of State has yet to turn over EVERY email she had in her possession. Her "with a washcloth" remark when asked if she wiped her hard drive remark did not sit well with me at all. For all we know, key information about our fighting forces or the weapons we have stored in case of a needed defense could have landed in the wrong hands. I once sent an email to the wrong person. I remember texting a wrong person, too. All it takes is just a few mistakes with a finger and, already, somebody knows which celebrity you have the hots for when that correspondence was meant to be very private. Therefore, I will ask, how do we know that no super sensitive information has leaked? Does this (or any) POTUS actually need a Twitter account? I understand that he claims to have a desire to stay in touch with the people. Doesn't he have the ability to hold town hall meetings? Aren't those sufficient enough? Reagan, Bush, Clinton, Bush, and Obama certainly did not seem to need a Twitter account, and they got by. Having a problem with faux news? Perhaps a weekly or monthly press conference is in order to set the record straight. He also has an excellent press secretary. She does an outstanding job speaking for him. He does not have a need for a Twitter account. Therefore, do we know how much super sensitive information landed in the wrong hands? Simple: Nope, we don't.

Does this (or any) POTUS actually need a Twitter account? I understand that he claims to have a desire to stay in touch with the people. Doesn't he have the ability to hold town hall meetings? Aren't those sufficient enough? Reagan, Bush 41, Clinton, Bush 43, and Obama certainly did not seem to need a Twitter account and they got by. Having a problem with faux news? Perhaps a weekly or monthly press conference is in order to set the record straight. He also has an excellent press secretary. She does an outstanding job speaking for him. He does not have a need for a Twitter account.

Yes, he does need a means to communicate with the electorate, but this writer certainly does not see Twitter as the answer. I see Twitter as his problem. As a private citizen, he is certainly welcome to use it. I have no problem with him doing so. As a public servant, however, I feel that he should not.

There is also the danger of hacking as well. We regular citizens have to worry about it every day. I don't even know Vladimir Putin, and he certainly doesn't know me, but that does not mean that his agents haven't visited my files once in a while without my knowledge. If it can happen to me, who can say that it has never happened (or never will happen) to the POTUS?

While I am not fond of the use of Twitter in this case, I do see its usefulness in other areas. I applaud the POTUS and his desire to incorporate technology into his daily activities. I wish that more people did likewise. I am just saying that Twitter is not the answer in this case. He should find a way to send encrypted messages to those he needs to reach. He also needs to find a way to send protected messages so that the right information reaches the right target. Unfortunately, in its present form, Twitter reaches the world over, and everyone can read every private syllable of every private message whether you intend for them to see it or not.

In closing, I hope that we will be okay, but it can also see where this could also be a huge problem. Let's hope that the bad side will never come to fruition. 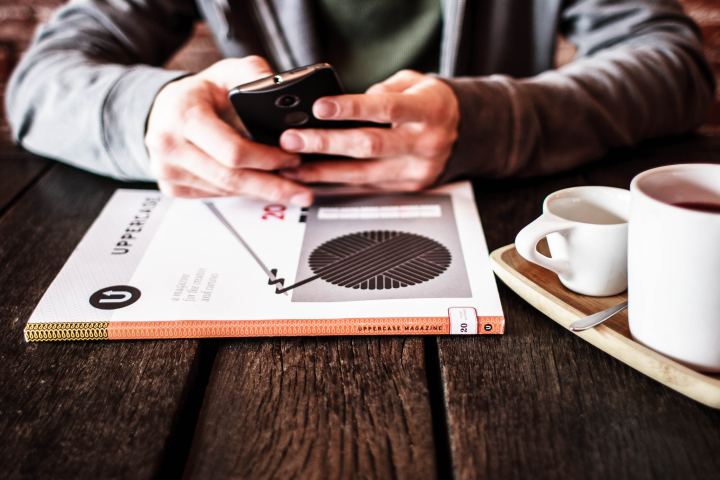 Photo by Maliha Mannan on Unsplash