Sweden, The Country Without Confinements Or Masks

by HowToFind .com 4 months ago in controversies 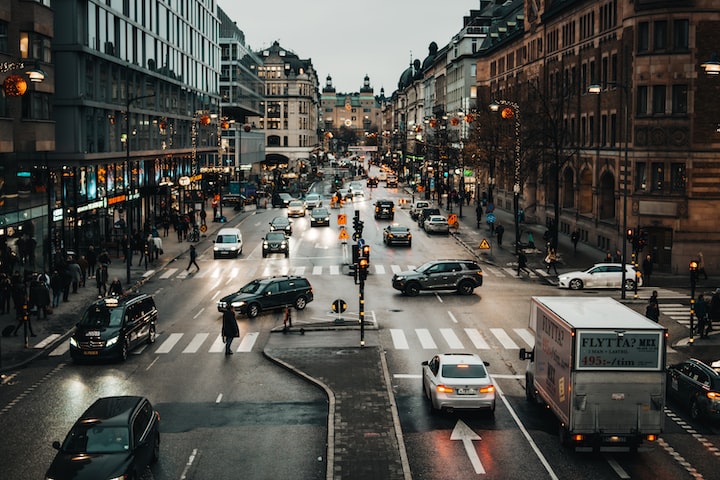 Photo by Mike Kienle on Unsplash

The young man was out of work but got a job in neighboring Copenhagen, Denmark.

He now travels daily on one of the trains that link the two cities every half hour. The interview, which was intended to explain how to live with the virus in Scandinavia, took place on board the train.

At one point, the man apologizes to the journalist and cameraman, takes a mask out of his pocket and puts it on. He explains that in Sweden it is not necessary, but in Denmark, whose border the train has just crossed, it is, and that is why the police apply sanctions.

More than a year later, it is still not compulsory to wear a mask in Sweden, except in certain situations. One and a half year later, in Sweden, bars and restaurants are still open, albeit with some limitations, especially in the use of the bar. And, one year later, they still do not know what a lockdown, curfew or any other measure of this level is.

The infection figures, with just over half a million cases, as well as the mortality figures, with almost 13,000 deaths, are statistically comparable with the rest of Europe.

In other words: no restrictive measures of any kind are applied and yet they are no worse off than Spain, Italy, France or the United Kingdom.

They are considerably worse than their Norwegian or Finnish neighbors. Because of the few restrictions applied, Sweden is the European country whose economy has suffered the least, with a contraction of just 2.8 percent.

I recalled that at the beginning of the pandemic, Sweden had indeed surprised the world by advocating lax disease control.

But, as the media had stopped talking about the case, I thought they had finally adhered to the practices of the rest of Europe.

The head of the Swedish Health Agency, a non-political official, argues in the same report that the secret of the Swedish attitude is to explain to society how the virus is spread and to expect citizens to act responsibly.

They think in Sweden that it is not useful to order people to distance themselves from others, not to eat in a restaurant too close to others, or not to go to a supermarket when there are crowds; they believe that it is better for everyone to act responsibly. All measures are therefore voluntary and discretionary.

From the Swedish position very simple doubts emerge: people in the Balearic Islands are now going to allow bars and restaurants to open until five o'clock, as if before that time the virus was harmless and from that moment on it becomes dangerous.

Logically it would be much better for everyone to exercise control of their behavior twenty-four hours instead of applying these measures, which convey the wrong feeling.

Why do we let a bar open when the island has one hundred cases per hundred thousand inhabitants and not with five hundred cases? The risk of returning to the previous situation is inevitable.

Even if it were true that confinement is useful, does it make sense to throw away the effort made? Those hundred contagions we still have are enough to bring us back to the chaos we were living a month ago. Or not?

To me, the Swedish experience raises more questions than answers: why do they have the same cases as we do without restrictions? Why do the outbreaks of cases in Sweden, such as those of these Christmas holidays, end up controlling themselves, without applying restrictions? Could that mean that the same thing would have happened here?

It is true that there are critics of this health policy in Sweden, but it is also true that the Swedes continue to believe in their authorities, that Tegnell is still in office, that support for the government and the Health Agency remains high.

I have the impression that there is more than one truth to this epidemic.