by Grant Patterson 2 months ago in opinion

Giving up liberties in response to Covid has become a lazy, easy habit 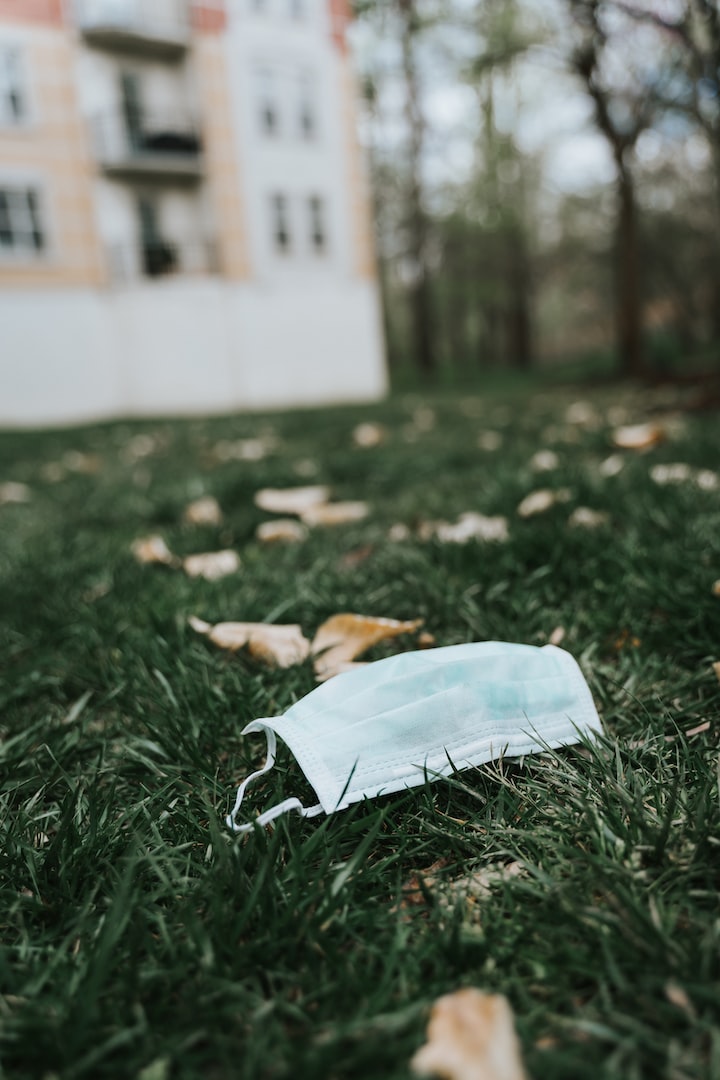 Photo by Tatiana Rodriguez on Unsplash

I’m not sick with Covid. I’m sick of Covid, and I’m quite certain I’m not the only one.

In Canada, an incompetent, flailing government, lurching from one crisis to the next, has well and truly bungled our response to the pandemic. From Ottawa comes a constant supply of platitudes and warnings. Vaccines? Not so much. Last time I checked; we were on our way to number 50 in the world in vaccination rates. Canada’s back, alright. Back of the line, that is.

Seeking a way out of this embarrassment, our increasingly Presidential leader (Parliament has not sat in full session for 18 months; he has not tabled a budget in two years; there is no Governor General) has made a great show of being tough with Canadians who dare to incur his wrath by traveling internationally. Hellish and costly quarantine hotels await those who return to their own country, even if they’ve been fully vaccinated. A recent story in the National Post centered on the plight of two Canadians who had returned from a family emergency in Israel. While there, they’d been fully vaccinated, like almost everyone else in Israel.

The husband, forced to travel separately from his wife, who’d been allowed to quarantine at home, was slapped with 3800 $ in fines for refusing a stay at a quarantine hotel.

A few questions here. One, since we’re spending so much on vaccines, what’s the point if we don’t trust them to prevent infections anyway? Well, some people would point out that there is, possibly, depending on who you talk to, a risk of asymptomatic spreading. But it’s hardly scientific consensus. In fact, a recent study published in Nature magazine suggests that the danger of asymptomatic spread is only 25% of that from symptomatic carriers. And as herd immunity goes up, this risk diminishes still further.

I doubt very much that the police officers who slapped the husband with these ridiculous fines were the least bit aware of this. Had they been, they probably would’ve asked themselves what the risk was of a fully inoculated person acquiring the virus in a county with a less than 1% positive test rate. That answer likely requires a decimal point, and a whole bunch of zeroes. Yet we are told that “vaccine passports” are in the offing anyway. To prove what? “I am vaccinated, but lock me up anyway?”

My second question is, if quarantining returning travelers is really the matter of life and death it’s advertised as being, then why do people have the option to walk away? Shouldn’t we be arresting people, instead of ticketing them? Well, only if the powers that be really care about what they claim to care about. The fines, as in so much traffic enforcement, wind up being the tail that wags the dog. Governments are going to be left with a massive financial hangover from Covid. Big fat fines will sure help cushion the blow.

My third question about the Pearson Airport incident is this: are we sure what we’re doing is constitutional? In my current job, I teach aspiring law enforcement types at a private college. I was teaching them the Charter of Rights and Freedoms last week, when I had an attack of political Tourette’s.

So, it would seem that the government is running roughshod over our rights. But, of course, the authorities would point out that S 1 of the Charter does provide for limitations on such rights, especially where emergency situations, like pandemics, occur.

But there’s a catch: such limits have to be “demonstrably justified in a free and democratic society,” according to S 1. Can threatening to lock up a vaccinated man returning to his own country, from a country with a less than 1% positive test rate ever be considered “demonstrably justified?” My guess is, no.

However, the problem is not really the big, bad government here. True, they’ve flailed from one extreme to another (travel bans are racist/how dare you leave your home; never/always wear a mask; lockdown lifted/lockdown resumed), but they could, in some cases blame this all on a learning curve. Of course, now, we’re supposed to believe everything they say. Even if they’ve been wronger than the magic 8-ball on more occasions than you’d care to count. Yes, they’ve also unleashed a splendid army of security guards, bylaw officers, and cops with precious little understanding of what it is they are enforcing. Yes, also, they’ve destroyed the private sector with abandon while keeping every single civil servant on full pay and voting themselves pay raises without fail…

Okay, okay. Maybe they are part of the problem. A very large part. But that’s not all. There’s also us, you see.

Recent events have shown that freedoms on paper are worth precisely as much as that paper, if nobody objects to their violation. There are simply too many people out there, many of them working from home on guaranteed incomes, blithely agreeing to any infringement on long-held and hard-won rights, “just in case” it saves a single life.

No, I’m sick. Really sick. Sick of people who don’t understand their own freedoms, and are, as a result, too eager to give them up. Sick of people who think “believing the science” means putting your faith in individuals instead of the tested data they are supposed to produce.

Obedience is a habit, and a lazy one at that. It’s certainly much easier than thinking for yourself. And that, in the end, is its appeal to a fundamentally lazy era. Don’t be surprised when the “climate emergency/global warming/global cooling” or whatever we’re calling it now becomes the next justification for trampling on our rights. What will the response be then? Another collective yawn?

Yes, Covid is real, and yes, it kills people. But soon, once we are all vaccinated, it will be time to start living normally again. Yes, we should wash our hands more often, end disgusting habits like bulk food bins and shaking hands, and we should wear masks when we’re feeling under the weather. But businesses must open, people must travel, and the government must withdraw from its intrusive posture in our lives.

Until then, if you want to restrict my liberties, you’d better have a damned good reason. S 1 of the Charter makes that abundantly clear. Your freedoms may not mean much to you, but mine do. And I won’t give them up with that good reason, or one hell of a fight.