Learning from Similar Past Cases.

by Viona Aminda about a year ago in controversies
Report Story

Another step towards making a more informed decision is to learn from similar cases in the past. Like many countries, Canada, Mexico, the UK, and China have all had experience using aggressive emergency procedures in response to pandemic threats, with varying degrees of success. 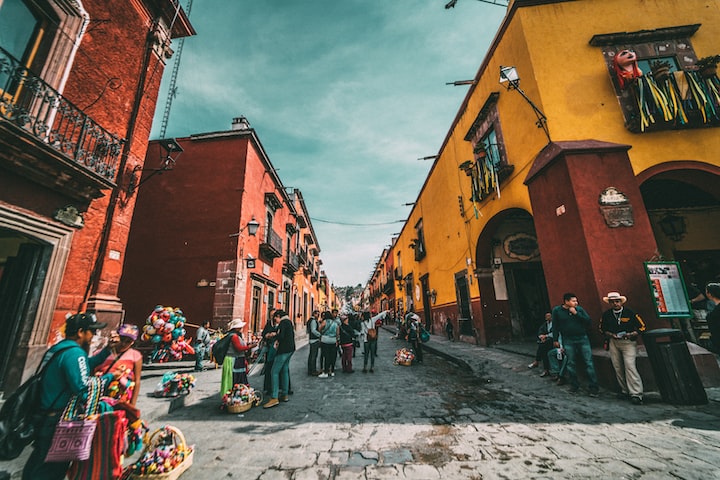 Photo by Jezael Melgoza on Unsplash

Another step towards making a more informed decision is to learn from similar cases in the past. Like many countries, Canada, Mexico, the UK, and China have all had experience using aggressive emergency procedures in response to pandemic threats, with varying degrees of success.

You can read more about each case below.

In late March 2003, Canada responded to an outbreak of the SARS coronavirus in Toronto by quarantining roughly 100 people for every one confirmed case of SARS. In May 2003, the number quarantined had been greatly reduced and the WHO declared Toronto free of SARS. One week later, SARS outbreaks reappeared and quarantine procedures were put back in place.

In 2009, Mexico's President Calderon declared an emergency in response to his country's H1N1 flu virus outbreak, virtually shutting down the local economy in Mexico City. His actions were widely credited with bringing the epidemic under control.

In 2013, the United Kingdom responded to an outbreak of the MERS coronavirus by initiating an aggressive emergency response strategy despite having only 11 reported cases. France, Germany, and Spain had a similar number of reported cases, but chose not to respond aggressively. The outbreak was contained in all four countries.

In 2009, China responded to the H1N1 pandemic with an aggressive containment approach. Chinese officials conducted on-board temperature checks for every incoming international flight and quarantined entire groups of passengers if even one was found to have a high temperature. When the virus was determined to be less lethal than originally thought, China scaled back its response measures which in retrospect were determined by some experts to be an overreaction.

Now that you have gathered more evidence about the current situation and have looked for lessons from similar cases in the past, it helps to have a framework for processing this information. The first approach we’ll consider is the simple approach of listing the pros and cons of implementing the emergency response.

The Pros of an Aggressive Emergency Response

The advisors in favor of this strategy argue that the emergency response will save lives. Taking immediate action now, they say, will project strength which carries reputational benefits for the governing administration. An emergency response now is also likely to prevent the virus from spreading further into other regions, where if unchecked it has the potential to take even more lives and cause additional economic damage.

Summary of the pros from the advisors in favor:

3. Prevents virus from spreading and affecting other parts of country

Another group of your advisors disagrees strongly with the emergency response strategy. They suggest that the number of infected individuals simply does not justify any aggressive action yet.

The outbreak itself has already damaged the economy. The emergency procedures will further reduce economic activity in the area by increasing panic and general disruption. These advisors also point out that the severe lack of information on the virus at this point argues against doing anything drastic immediately. Too little is known about the virus to suffer the expected economic costs of shutting down your jurisdiction. And the direct costs of the emergency response itself are significant.

Summary of the cons from the advisors against:

1. Reduces economic activity in the region

2. Little currently known about virus emergency response may be overreaction

ICC Prosecutor, Mr Karim A.A. Khan QC, opens an investigation into the Situation in Venezuela and concludes Memorandum of Understanding with the Government

I have just returned to The Hague from a productive mission to Caracas, in the Bolivarian Republic of Venezuela. Between 31 October 2021 to 3 November 2021, I held constructive and candid discussions with senior Government officials, members of the diplomatic corps and representatives of civil society.

I express my gratitude to the authorities of Venezuela for their official invitation and for engaging with my delegation and myself in what was a short but meaningful schedule. As far as Government officials are concerned, my delegation and I met multiple times with the Vice-President and also with the Minister of Foreign Affairs of the Republic. In addition, we held meetings with the Attorney General, the President of the Supreme Tribunal, the Ombudsman, the President of the National Assembly and other State Officials.

It was particularly notable that the President of the Republic, H.E. Mr Nicolás Maduro Moros engaged with me directly over three days in meetings totalling almost 10 hours. Whilst the discussions were candid, they were at all times courteous and conducted in a constructive spirit. I extend my thanks to the President, other officials and stakeholders for engaging with my delegation and I in this manner throughout our visit.

Since assuming office as Prosecutor of the International Criminal Court (“ICC” or the “Court”), I have been reviewing the assessment reached under my predecessor, while also continuing to seek a meaningful dialogue with the Venezuelan authorities in order to maintain and deepen cooperation as envisaged under the Rome Statute.

Venezuela ratified the Rome Statute on 7 June 2000, and has since been a State Party. The Office of the Prosecutor (“the Office”) opened a preliminary examination into the Situation in Venezuela in February 2018. A few months later, on 27 September 2018, the Office received a referral (https://bit.ly/3qumkFI) from a group of States Parties to the Rome Statute requesting the initiation of an investigation for crimes against humanity allegedly committed in the territory of Venezuela.

As I have repeatedly stated, preliminary examinations should not go on for inordinately long periods of time, and must come to a conclusion as soon as the criteria under the Rome Statute have been properly assessed on the basis of the best information available.

There are sometimes misunderstandings as to what a preliminary examination is – and what it is not. It is, therefore, important to underline that the preliminary examination process is a filtering mechanism. No investigations have, as yet, been conducted in Venezuela by my Office. There are no targets or suspects at this stage of the proceedings. It is only through opening a formal investigation, however, that the truth can be determined. In this regard, I emphasised in my various meetings in Caracas, that article 54(1)(a) of the Rome Statute requires my Office to investigate incriminating and exculpatory circumstances equally in order to establish the truth.

The investigation – now opened – is not a one-way road. It is only the start of a process.

The Government of Venezuela was of the view that the conditions for an investigation have not been met. Despite this, I consider it to their great credit that they have committed to co-operate with my Office as we move to this new stage. I have been invited back to Venezuela as have members of my Office. In parallel with the investigation we will now commence, I will continue to look for meaningful ways to cooperate and engage with the authorities and all other stakeholders in the search for the truth.

My Office will support any sincere and meaningful effort undertaken by the Venezuelan Government to reform and revitalise the justice and penal system in order to enable genuine accountability in Venezuela for the victims of alleged crimes. The principle of complementarity is the foundation of the Rome Statute system and it remains an important principle during the investigation stage.

Evidence of the constructive and sustained level of engagement with the Venezuelan authorities during my time in Caracas finds form in the joint signing of a Memorandum of Understanding (MoU) on 3 November 2021, at the Presidential Palace. This MoU sets the stage for sustained dialogue and cooperation as we move to the next phase in this situation. As the MoU makes clear and as I have stated publicly, the preliminary examination into the Situation in Venezuela (Venezuela I) has come to a close following a thorough and independent process with a finding that there is a reasonable basis to proceed with an investigation.

I am reassured and pleased that by signing this MOU, Venezuela and my Office are committed to working collaboratively, while also independently and impartially, but with full regard to the principle of complementarity, and to pursue cooperation and mutual assistance. This is the best way to promote the values and principles of the Rome Statute.

Lastly, whilst we are not unaware of the political discourse and fault lines in Venezuela or of the regional context, it is important that space be given to my Office to do its work. We will do our work independently and devoid of any political agenda. We work as officers of the Court pursuant to the values and principles of the Rome Statute. As I have previously stated, we will take a rather dim view of any attempt to use the opening of the investigation for political gain or to politicise the independent work of my Office.

We must be principled enough to encourage and support any individual or authority that moves closer to the law and the principles of the Rome Statute. In the end, with patience, cooperation and determined professionalism, the truth will be established. I request patience and support whilst this process now progresses in its next stage.

Memorandum of Understanding between the Bolivarian Republic of Venezuela and the Office of the Prosecutor of the International Criminal Court:

The Office of the Prosecutor of the ICC conducts independent and impartial preliminary examinations, investigations and prosecutions of the crime of genocide, crimes against humanity, war crimes and the crime of aggression. Since 2003, the Office has been conducting investigations in multiple situations within the ICC's jurisdiction, namely in Uganda; the Democratic Republic of the Congo; Darfur, Sudan; the Central African Republic (two distinct situations); Kenya; Libya; Côte d'Ivoire; Mali; Georgia, Burundi; Bangladesh/Myanmar, Afghanistan (pending judicial authorization to resume investigation following initial article 18 deferral request) Palestine and the Philippines. The Office is also currently conducting preliminary examinations relating to the situations in Bolivia; Guinea and Venezuela II; and has completed its preliminary examinations of the situations in Ukraine and Nigeria, which are pending requests to seek authorisation to proceed to investigation.

More stories from Viona Aminda and writers in The Swamp and other communities.