Latin American Cultures and our 527-year Struggle with Racism

by Geo Flores 2 years ago in controversies
Report Story

An insight into the history of Latin America and Racism 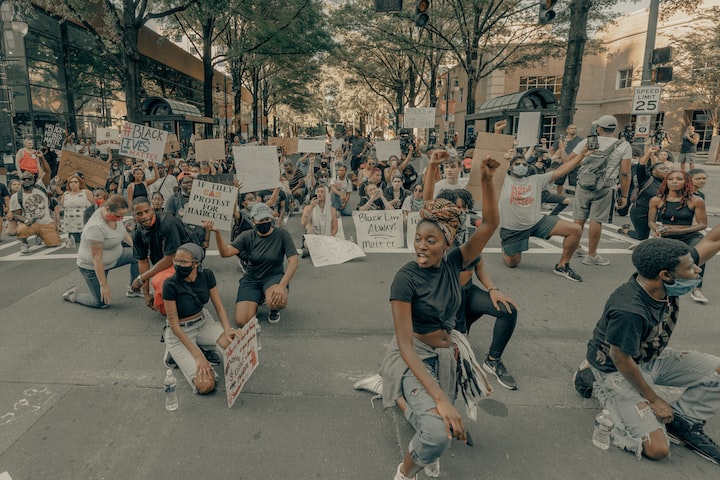 We as a younger generation of Latinos have the responsibility to start a very difficult conversation about race with our loved ones. This conversation is necessary as our cultures have 527 years of colonialist ideologies engraved in our DNA.

It is not hard to find a Latino who has heard the phrases Chavez-Duenas, Adames and Organista (2013) describe as a persistent preference of whiteness.

Vete por la sombrita [Go into the shade (to avoid getting darker].

Oh, nació negrito/ prietito pero aun asi lo queremos [Oh, he was born Black/dark but we still love him all the same].

Eres tan Indio [You are so Indian (connoting negative stereotypes about indigenous people)].

The above examples show how some members of the Latino community do not see how our cultures keep racial transgressions alive by perpetuating racist ideologies about minorities, sometimes even amongst ourselves. The ideologies of racism and classism are so inherently engraved in our cultures that they are blatantly accepted across Latino cultures. In the video below, talking about the racial feud between Dominicans and Haitians, Paola Garcia perfectly explains how racism is perpetuated in our cultures. She describes the perpetuation of racist ideologies in Latino communities as a sort of "Stockholm Syndrome" rooted in hundreds of years of abuse and trauma.

I completely agree with her. Hundreds of years of transgenerational trauma and racism have created a behavior amongst Latino cultures which devalues the tradition, history, and physical appearance of Amerindian (indigenous) and African features. For centuries we've been taught to hate ourselves to in order to be controlled. Unfortunately, the history of the world is written by those in power therefore a lot of our truth and history have been muddled as centuries pass. In Ecuador, I was taught to believe Christopher Columbus was a savior, he discovered America! yet, it was not until I went to college in the United States that I found a love for self-knowledge and realized he was nothing but a murderer.

Besides murder, colonialism brought to Latin America colorism in the form of castes to control the populous surviving minorities. This system helped the colonizers keep the minorities under control since they created discord and separation in the form of social status and resources.

The 18-century old caste pyramid served as a metric for who had an advantage and who didn't. The main takeaway from the pyramid, which still is prevalent today in many Latino cultures, as a modified ideology, is the idea that the more European blood we have in us the better we are and the more value we have. This targeted stratification of colorism allowed the spaniards to politically, socially, and economically control the minorities (Ogbu, 1994; Organista, 2007a; Soler Castillo & Pardo Abril, 2009).

As a community, we still have a long way to go. I understand why as non-citizens or naturalized citizens some Latinos can fear to get their legal documents taken away for civil disobedience. However, pacifically protesting or remotely aiding the #BlackLivesMatter movement is an important step we must make to correct the course of our history.

Supporting the cause is something all of us can do. We cannot judge against the #BlackLivesMatter movement. On the contrary, we must use this time to realize how toxic our relationship with race is within our own cultures and make it a responsibility to educate ourselves and others about racism. Some say "it doesn't affect Latinos", yet it does. As Chavez-Duenas, Adames and Organista (2013) state below:

If you think about it the Spaniards did a very good job keeping us disbanded. 527 years have passed and Latinos in the US still can't find common ground because we are so biased to one another. Some Latinos reject their roots, their culture, and the Spanish language to assimilate and be accepted by the ruling majority. The way I see it, our racist and colorist ideologies are the reason many of us are so divided and powerless in the issues that affect Latino populations in this country.

When people say "we'll what about us, we get discriminated too" all I can say is yes! let's do something about it. ICE is practically running concentration camps, separating families, and sexually abusing children in custody (Haag, 2019). And we, myself included, are sitting home doing nothing. Where are our protests? Where is our outrage?

I've personally run into baffling discriminatory conversations toward illegal immigrants from other Latinos in the US. The amount if times I've had to say, "We'll how did you get to the United States? was it legally?" are too many to count. We suffer from a severe case of amnesia when it comes to supporting those Latinos struggling at the bottom once we become legal citizens and "make it".

This is why this movement is our issue as well, it is our problem. A problem that we have to face within our communities and our families. Speaking up will bring about a much-needed conversation about our own identity, ripped away by colonialism centuries ago, and hopefully by doing so it will help us find and love the history which was taken from us long ago.

Things we can do to start the conversation:

1. Speak your voice on social media. You will not know how racist someone in your own circle is until everyone around you sees where you stand. It might surprise you.

Jose Medina in his video above describes the type of phrases used to perpetuate racism in our culture and calls our own culture out to discern our own beliefs about race.

2. Do some introspective work to discern your own beliefs about race and educate yourself accordingly to have intelligent discussions about race. (this will help you with 3)

3. Call out your loved ones when they are being racist. Actively educate them when the conversation comes up. Do not play safe when someone makes a joke about race.

4. If you are not able to protest, support the movement from home. Donate or share links to donate in support of Black Lives Matter and other communities of color:

I’m Geo, a writer, illustrator, and graduate student of Family Therapy. I believe in the importance of sharing information and knowledge so I write about mental health, spirituality, and psychology to inform people about these topics.

Geo Flores is not accepting comments at the moment

More stories from Geo Flores and writers in The Swamp and other communities.