Interests and Bullets: Mossad Killed Al Qaeda Leader al-Masri for the US in Tehran

by Shahaf Rabi 2 months ago in defense

Some unintuitive things worth considering 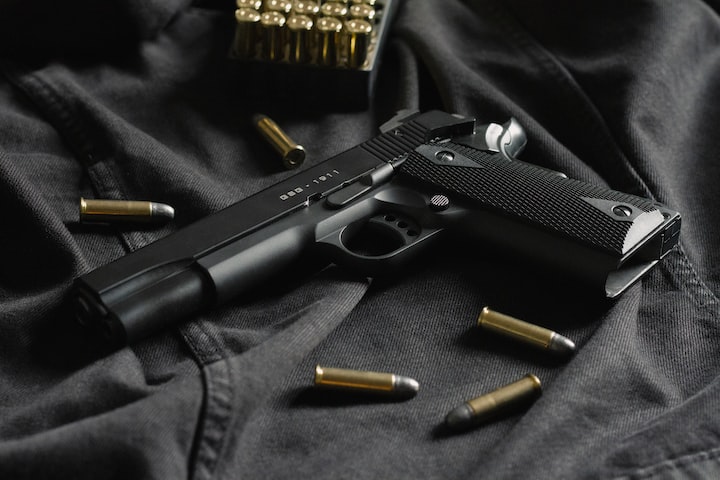 Photo by Thomas Def on Unsplash

The New York Times broke with the story, revealing the killing of Abu Muhammad al-Masri, the second most highly ranked leader in Al Qaeda. According to the NYT, Israel carried out this targeted killing for, upon the request of, the United States of America. Both countries had interests in killing him. But here are some unintuitive things worthy of consideration.

According to the NYT, around 21:00, August 7, 2020, two Mossad operatives drove on a motorcycle in Pasdaran district, Tehran, Iran. The one in the front driving while the one in the back getting ready to pull a pistol equipped with a silencer. As they got next to the white Renault L90 Sedan car that Abdullah Ahmed Abdullah, also known as Abu Muhammad al-Masri, drove in, one of the Mossad operatives fired five bullets at him. Four bullets hit and killed al-Masri. His daughter, Miriam (widow, was the wife of Hamza Bin Laden, the son of Osama Bin Laden), was also killed.

Back then, in August, Iran tried to conceal this fact by publishing misleading information. But the NYT was able to confirm it now via sources and additional crosschecking of information. Iran still continued to deny it.

It is a true loss for Al Qaeda to lose al-Masri. He was at the very top of the organization and also the most important leadership figure in the operational branch of al-Qaeda. His operational experience had him involved in killing Americans as well as Israelis. Though Israel’s reasons to revenge were miniature in comparison to the United States.

He was also suspected as involved in attacks against Israeli civilians in Kenya. In November 2002, two surface-to-air missiles nearly hit an Israeli plane which took off. Some 270 people on it thus survived. But people at the Paradise Hotel in Kikambala, not far away from Mombasa, Kenya, were not as lucky when three suicide bombers in three separate vehicles filled with explosives exploded there.

It was later reported that there was intelligence alerting he was once again planning to target Israeli and Jewish targets. However, I’m personally a bit skeptical about it because, particularly if based on Israeli sources, this could be in order to prevent suspicions of law violations since the Israeli HCJ 769/02 ruling forbids revenge-targeted killings and permits only ones intended to prevent an ongoing threat.

It is always worth remembering that when officials and ex-officials, be they politicians, security personnel or whatever, leak information to journalists, there often times an interest which drives them to do so. For example, consider how the Obama administration leaked information about the R9X hellfire missile in order to fight the criticism against Obama about drone strikes killing civilians.

The current Israeli and U.S. administrations are both very much interested in aggressive positioning against Iran. Hence, by leaking this information, this might very well be an attempt to influence the incoming Biden administration’s planned policy with regards to Iran. This is an ideal way to re-emphasize the framing of Iran as a state sponsoring and harboring terrorism. Linking Iran and Al Qaeda is perfect because for Americans, Al Qaeda is most intuitively connected to terrorism. It is most sensitive to their hearts and minds. (Then again, I might simply be an over-suspicious fellow…).

There was some information suggesting Zawahiri, the successor of Osama Bin Laden, might have died as well recently – though due to natural causes. If that is true then it leaves Saif al-Adl as the only really senior and prominent leadership figure in al Qaeda still alive. That is, quite the last of the important original founding members of al Qaeda.

However, it would not be wise to think it means Al Qaeda is on the verge of collapse or no longer being a dangerous organization. It is an old and ideology-driven organization well capable of coping with such hits, even if such leadership decapitation events hurt it.

Al Qaeda has been fighting for a long time. No reason to think it was not able to recruit and prepare some well capable individuals. In other words, it has a deep bench. The next generation gained experience and knowledge, and they should be ready to step up. It won’t be the same as the founders’ generation, but it is not necessarily bad for the organization.

Moreover, al-Qaeda had pivoted their strategy. If before September 11 the organization was focused on activities against what they called the far enemy, and thus carried out attacks like September 11, their strategy shifted towards the near enemy. That is, the Levant, Maghreb, Sahel, south-east Asia, and so on. They attack who they consider as infidels collaborating with Western powers and the Western powers close to their local branches since the group turned highly decentralized due to the attacks against them since September 11. The point being, such leadership losses have a limited impact on such a decentralized organization.

Furthermore, it seems clear the United States of America continues its targeted killing and leadership decapitation policy. For the U.S., it does not seem to matter which president is in the White House, and it does not seem to matter where the terrorists are – i.e. regardless of the country/territory they are located in. They are committed to hunting down al-Qaeda operatives in particular, but also strike down ISIS ones. Obama truly jumped high in comparison to Bush, Trump continued onwards, and no reason to think Biden would not continue with these killings.

See all posts by Shahaf Rabi →