by Philip Ebuluofor about a year ago in controversies
Report Story

How to remain undeceived 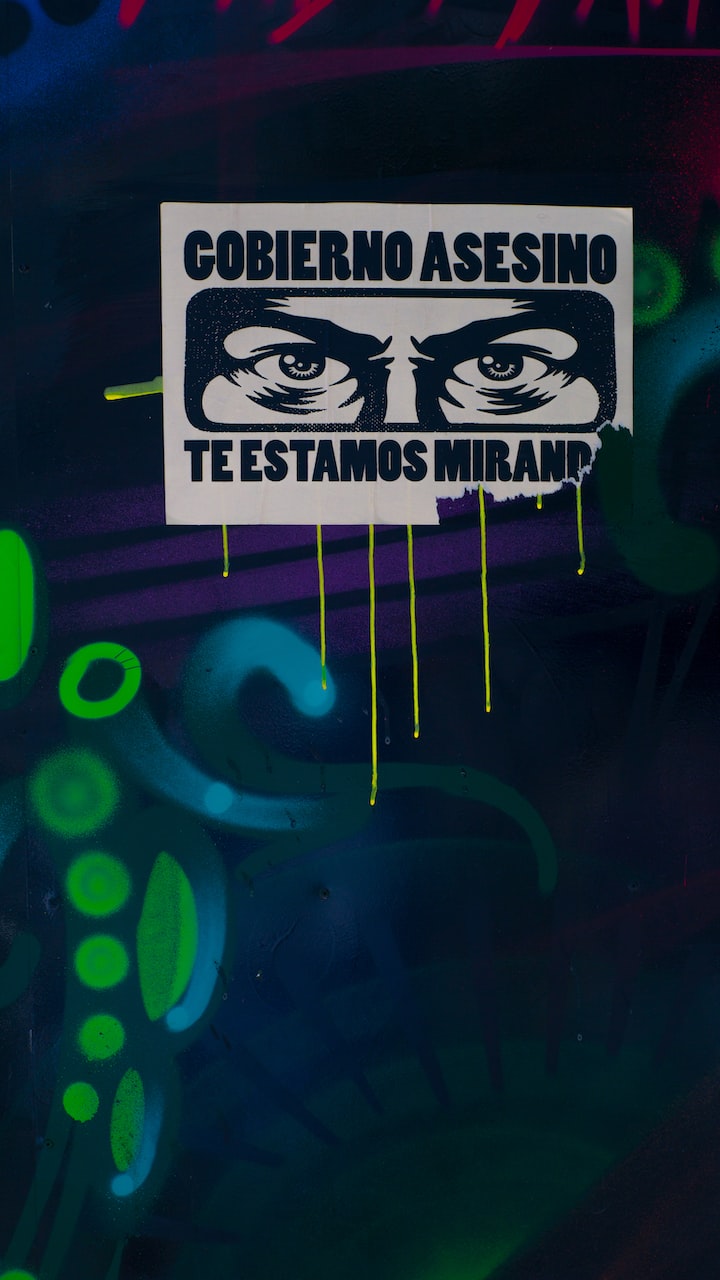 For example, there was this officer from district five they sent to district four to arrest the situation that was getting out of hands there, according to the story that was circulating around about this young man, they said he was the most brilliant youngest leader in the whole prison, there was words about this guy being the smartest too. That was reason he was sent to the district to arrest the situation but unfortunately, he was arrested by the situation before he knew even the names of his fellow officers.

He was even turned into a kitchen boy or what some in dibbling world refers to as a professional chef to dignify what we don’t know. So, you can see that words and phrases like smart, trouble shooter, professional chef, nouvelle and haute cuisine were the types of words you see in the world of spin doctors.

I am not trying to tell you that spin doctors were like or are the same with kitchen boys or professional chefs but both seems to have ability to prepare something most public spend money buying. They are equally like their lesser known cousin, spin dryers that partially dries clothes that you have washed by simply turning them round and round very fast to remove water and enable it to dry very fast.

They intervene to remedy unfriendly situation

Mainly employed by office holders to make their image better

They are also to make what is good to be better and better, best.

They ensure that what you read, watch or hear about is not isn’t really what’s going on.

They tamper almost 90 percent with what you hear and watch in political reporting mainly.

The idea behind their work is to show or maintain secrecy behind the Hallmark of every failed or successful government, organizations etc. So, among the spin doctors and propagandist, you have good, bad and ugly. That is reason parties, organization even families etc. fail or succeed through their efforts. There are quacks and professional ones just like in all professions.

According to Alistair Campbell, the media are obsessed with spin doctors and with portraying them as a bad thing yet, seems addicted to our medicine.

One should hardly blame the ignorant public that doesn’t know their left from their rights. They swallow everything thrown at them without query. Why query?, Do you expect them to go to Kabul to cover Taliban?, Maiduguri to cover Boko Haram or maybe to Mozambique to cover insurgency there. It’s impossible. Masses don’t have choice but to swallow line, hook and sinker whatever is thrown at them.

Now, you know why spin doctors report what they want you to hear or see or what they believed you want to hear and see. If there happens to be discrepancies in what other media houses were reporting, you can always choose what catchers your fancy start from there to spread your own opinions.

The idea if you don’t have anyone working in the media houses is to master as much as you can the serial Euphemism that goes with whatever is being covered, then start subtracting, adding them from what is being relayed to you. If you’re smart enough, you might arrived at the correct answer in three months. If you don’t take, they might turn you into harbinger of fake news.

Words and phrases like: In alliance, to roll out a programme, jumping frogs, floating voters, Margins of opinions, exit polls etc. might help you in arriving at the correct answer in few years.

On the other hand,

Propaganda seems to have negative connotation people seems to attached to the word. Actually, the work of propagandist is the same with the spin doctors. Both are geared towards brain washing the general public.

Propaganda is it not idea or statement that maybe false or exaggerated and that are used in order to gain support, boast moral for an organization, government, leaders, party etc.

You see, propagandist and spin doctors are one and the same thing only that one goes to work almost every day while the other joins him during emergency or pressing time. One can safely say that spin doctors are to democracy what Propagandist is to dictators.

“If you tell a lie big enough and keep repeating it, people will eventually come to believe it. The lie can be maintained only for such time as the state can shield the people from the political, economic or military consequences of the lie.” ----Hitler

You see, it’s all directed towards your own good. Your leaders, father, organization, Chairman, priest etc. knew that you are very stupid and can’t handle reality, so they tampered with what they are feeding you and supply you what they believed you wants to hear for your own good and their peace.

When the state or party founds themselves in difficult or serious situations, propagandist goes to work.

“ International affairs should be conducted by way of negotiations and discussion”

Xijiang and Tibet were negotiated with them and there was referendum inside there too.

“Future destiny of the world should be decided by all countries”

Future of Tibet and Xijiang, Hong Kong and now Taiwan was being decided by all..

“ One or few countries shouldn’t impose their rules on others”

They bribed Africa to vote for them when they were seeking UN permanent membership. That time, they only wants to join the elite then, now, there is other agenda.

From the speech, you can pick out propaganda words, you can even noticed that it was an act of blustery at work bearing in mind the occasion that prompted it. But bear in mind that Communist man can talk, at times for hours without taking water and talking is a prerequisite for advancement. So, ignore most of the things coming out of their mouth. It is propaganda.

Pay attention to these words: Unilateralism, impose, future destiny, negotiations, hard liner, immediate effect etc. There are all geared towards brain washing and re-channeling your thoughts elsewhere. So, you go to work subtracting and adding to arrive at correct situation. Good luck in your deciphering.

More stories from Philip Ebuluofor and writers in The Swamp and other communities.