Can Congress be considered to fulfil its legislative and oversight function well?

by Ewan Wilson 4 months ago in congress 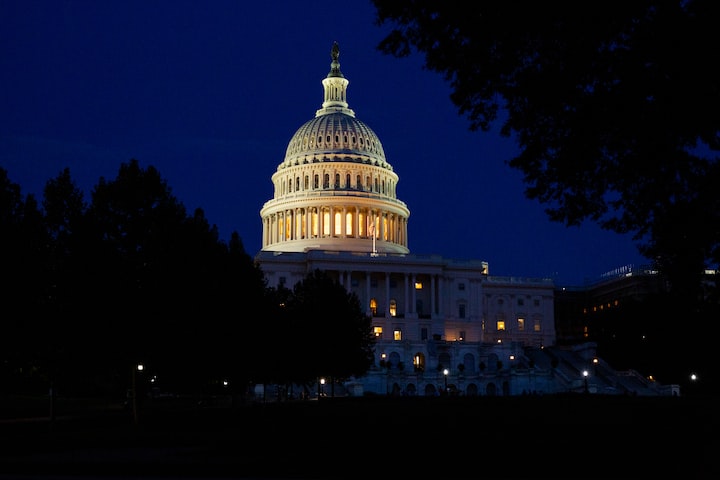 Woodrow Wilson stated in 1885 that “congress in its committee rooms is congress at work.” This statement is no more evident in today’s functions of Congress, where congressional committees set the legislative possibilities that each Congress can obtain. The question is, however, does Congress lack a good function in its legislative and oversight agenda, or does it fulfil its tasks well enough? The 116th Congress (2019 to 2021) is of no more than a prime example in assessing its lacking legislative function, with only one per cent of its laws enacted. Nonetheless, no matter its inexactitude over the function, it is Congress’s position which enshrines the United States’ separation of powers and therefore highlights Congress’s role to fulfil its legislative and oversight function well.

Indeed, Congress can be considered to fulfil its legislative function well as the long and complex system allows for detailed scrutiny, more debate and questioning of bills. The concurrent legislative process outlines several stages for a bill to pass on the floor of both houses. Committees act vital for debate of bills, though they can act as bill graveyards too. The only caveat that proceeds in such an argument is that while the system allows for detailed scrutiny, this may result in bland legislation. Nonetheless, the legislative function is further fulfilled as it brings about the ideals of the Founding Father’s wanting the process to protect the rights of the individual — to stop the tyranny. Such an argument proves notable in the case of the 116th Congress passing only one percent of bills introduced. Thus, if only some bills get through, surely these must be of high quality.

On the contrary, one should see the weaknesses of the legislative process. The overall process is very long, taking anything to two years to complete. If a bill does not pass in the two years of each Congress, it must restart the process — this is why some Congressmen may state that they have worked on a bill for more than a decade. On average, only 3 percent of bills introduce pass through Congress, and a worrying statement is a decrease in laws enacted by Congress in recent years — while the 100th Congress (1987 to 1989) enacted 7 percent of bills introduced, the 116th has only passed one percent. The most controversial provision in the Senate that proves the lack of its legislative function is the power to filibuster. Filibustering acts as one of the ways to hinder a bill’s passage (the President’s pocket veto being one other) and provides Senators with the means to talk out a bill literally. A notable example was that the Dream Act was on its way to becoming law in 2010, holding a huge level of support in the House. It would have permitted certain immigrant students who had grown up in the United States to apply for temporary legal status and eventually obtain permanent legal status to become eligible for U.S. citizenship. Despite House approval, a filibuster-wielding Republican minority in the Senate delayed a final vote, which ultimately killed the bill. Senators have the right to filibuster indefinitely, and this was no more evident by Senator Strom Thurmond’s 24 hours and 18 minutes filibuster in the Senate blocking the Civil Rights Act of 1957. Recent filibusters have included the Revenue Act (1992), amendment, and the Nominally H.R. 2578 which supported gun control measures in 2016 — perhaps something that would be considered good from the Senate’s filibuster privilege.

Congress can also be considered to fulfil its function well as it welcomes effective oversight of government. The main way we see this is in Congress is through its use of investigations via committees. To carry out its successful oversight, Congress acts on its implied powers to subpoena documents and testimony, hold individuals to contempt, and make it illegal to lie to Congress. This is no more evident than in the investigation over the Benghazi killings (HRC) and the Clinton-Lewinsky hearings.

The 2014 to 2016 House Select Committee on Benghazi investigated the events surrounding the 2012 terrorist attack in Benghazi, Libya on the United States’ Embassy. It concluded that military faults were to blame, rather than the former Secretary of State Hilary Clinton to be “culpable in the deaths of four Americans”. The hearing imposed the effectiveness of oversight Congress grasps over the executive branch of government, demonstrating its position to investigate members of the President’s cabinet.

The Clinton-Lewinsky hearings further highlight the effectiveness in oversight, putting into consideration the power of impeachment — the ‘nuclear option’ — that Congress holds over the executive. The articles of impeachment surrounding Clinton were as so: (i) grand jury perjury; and (ii) obstruction of justice. While one should note that the conviction trial conducted by the Senate saw Clinton’s position stay in office, Clinton’s position now lacked security and strength, demonstrating that Congress, once again, fulfils it oversight function well. Clinton’s era walked in the face of his impeachment, with notable political consequences such as the Senate’s rejection of the Comprehensive Test Ban Treaty (CTBT) which was a major foreign policy defeat for Clinton who fought for US endorsement of the accord.

However, it comes into question whether Congress acts as a ‘Watchdog’ or a ‘Lapdog’ when considering the effectiveness of its oversight. The underlying cause is that oversight can lack objectivity. This is no more evident by ‘Bush and the War on Terror’ which saw a Republican-controlled Congress (2000 to 2006) give George W. Bush an easy time over US foreign policy and intervention in Iraq and Afghanistan. By contrast, the 110th Congress (controlled by the Democrats) gave officials a hard time — seen by some geared towards embarrassing the Bush administration, such as criticism towards Bush’s Attorney General, Gonzales, leading to his resignation in 2007.

So, is congressional oversight only effective when the president’s party does not control congress?

The evidence is such. Congress can be effective even when the president’s party controls the government — for instance; the 1993–1995 Democrat Congress held 135 investigatory hearings under Bill Clinton. It can further be effective on individual issues, even when not divided — for example, from 2012, 6 committees were investigating the Benghazi attacks. Most effective, however, is when the president does not control both Houses — Democrats took over Congress in 2007 which saw Bush’s eight executive orders forced out.

On the contrary, congressional oversight also expresses its ‘Lapdog’ function whereby we see a lacking effect in oversight. All modern senate rejections of presidential nominations have been when it is divided government. The rejection of Reagan’s Supreme Court nomination, Robert Bork, in 1987, and the rejection to ratify the CTBT in 1999 both demonstrate the consequence of divided government over Congress’s ability to fulfil its oversight function well. Additionally, the opposite can occur when we see a unitary government in both Houses, which undermines the oversight function. The 2003–2004 Republican-controlled senate only held 37 oversight hearings — as Republicans in both houses controlled George W. Bush’s government.

congress
Ewan Wilson
Read next: New Mexico—It's like a State, like All the Others!
Ewan Wilson
See all posts by Ewan Wilson →