Boris Wants To Lead Government Into Next Election.

by Nicholas Bishop 2 months ago in opinion
Report Story

Ambitions of The Teflon Prime Minister. 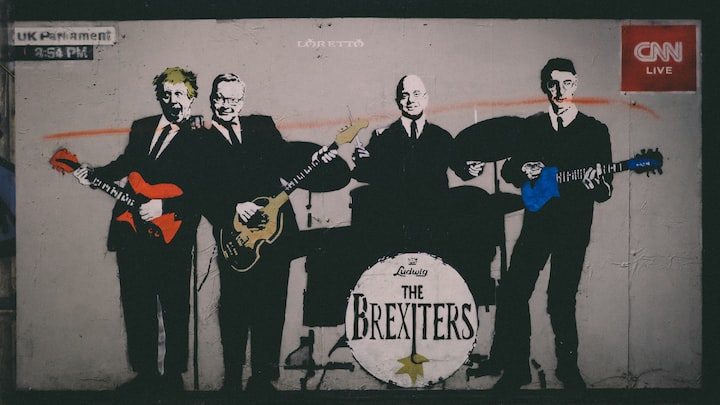 One recalls how Margaret Thatcher wanted to go and on. However, she became a liability and she was soon out of office. Similarly many in the Conservative party see Boris as a liability. Boris has gone from being Breiteer hero to zero in many peoples minds. In 2019 Boris won a landslide victory over promising he would get the UK out of the EU. Mr Johnson did get the UK out of the EU but problems remain unfortunately.

Now to many people Boris is public enemy number one. His antics have led many to feeling disaffected with Johnson. Although there will still be die-hard supporters both in the Conservative party and elsewhere.

Brandon Lewis Northern Ireland Secretary has said the Tories have had "a bad time". However, Mr Lewis said Boris is not known as the 'Teflon Prime Minister' for nothing. Mr Lewis referenced Boris' time as London Mayor. Saying people wrote him off then and still he survived. As Prime Minister so far Boris has survived come what may. Boris is unashamed of his antics which means he can move on easily or is he in denial?

Labour and the Liberal-Democrats will be on a roll right now. Defeating the Tories in two recent by-elections shows voters are doing two things. They can vote for alternative parties and this is a warning the Tories should seriously listen to. Or people in general have returned home to the parties they usually vote for. Some only lent the Tories their vote in 2019 to get Brexit done.

Many are comparing this to the 90s between the period of 92 - 97 when Tory support collapsed. Leading to the stunning victory of Tony Blair over John Major in 1997. Mr Blair went on to win two other general elections. People back then were happy to vote for the Labour party as they had become electable again. Could this be the case once more? Sir Keir Starmer could very well be our next Prime Minister in 2024.

Of course, historians will say Blair was charismatic where as Starmer is not. But that doesn't really matter as long as Starmer can deliver on his promises. Of course, in this visual age personality matters but never judge a book by its cover.

Should Labour and the Lib-Dems work together to bring the Tories down? Starting from now and at the general election? There is an argument to say they should indeed work together. This will be the scenario if Labour falls short of a majority in 2024. Labour would have to negotiate with other parties to form a credible government.

However, Shadow Justice Secretary David Lammy has played down such an alliance. Mr Lammy is saying Labour can establish a government on its own. The people of the UK need a real alternative to the Tory mess we have. However, it could be that Mr Lammy is playing down a Labour-Lib-Dem alliance. Mr Lammy along with Labour in general could be waiting to see what happens. The Lib-Dems may or may not be thinking of a Labour alliance.