Abortion Denial Is Often About Privilege

Whether you’re in the US, Finland or Argentina, opposing abortion often comes from living in a bubble. 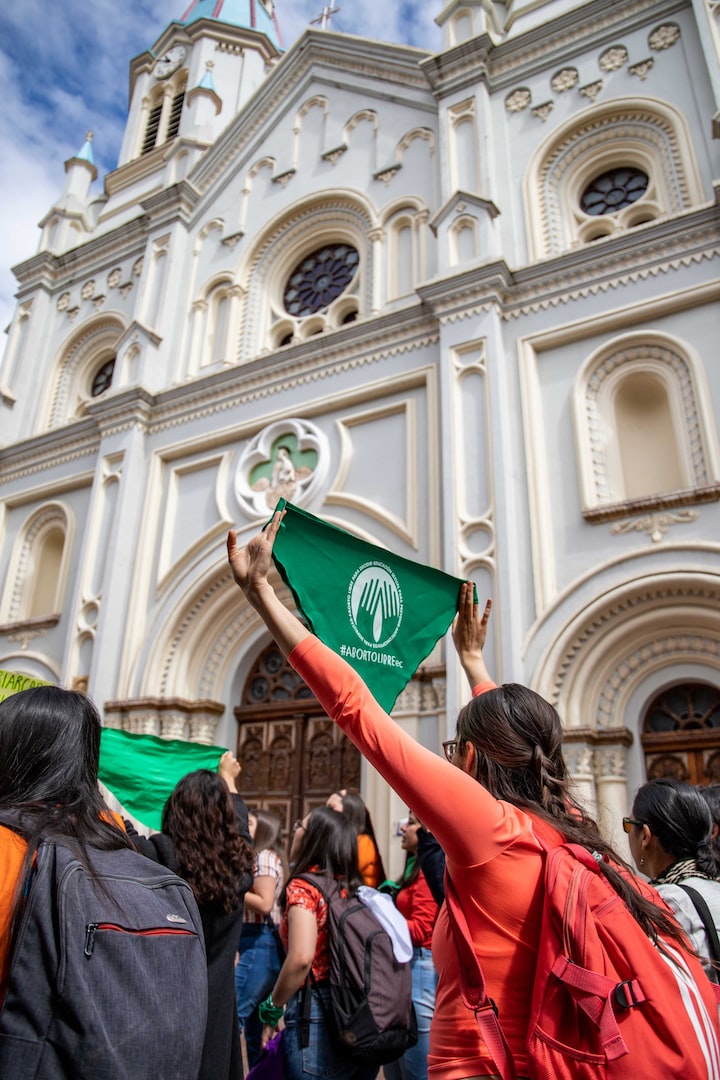 When I moved to Argentina, I was shocked to find out the country, as most others in Latin America, didn’t allow for women to terminate their pregnancies legally and safely, in a hospital.

Do I want to live in a country that doesn’t allow women to have full reproductive rights? It was a tough pill to swallow.

I had lived in a type of privilege bubble in Europe all my life, having been born in Finland, one of the first countries in the world to give women the right to vote and where abortion has been legal through my entire life.

When I started talking about the issue with people at school, I was shocked to realize many of the people I considered friends thought abortions should remain banned.

Argentina is a Catholic country, and I shouldn’t have been surprised by this. A lot of people do still have considerations about the immortal soul of a fetus, and they quote the Bible to express their opinions. I didn’t want to be culturally insensitive, but some of the stuff I heard was just mind-boggling.

“They should think about what they’re doing before they start having sex.”

“We should just improve sexual education first, otherwise all the girls will be getting an abortion.”

“In your country, there are probably not as many abortions as here, because you have decent sexual education and the girls aren’t trying to become mothers at 15.”

It’s okay if you feel the temperature rising between your ears because of these comments. I sure did. But apart from that, what I couldn’t stop hearing in these comments was privilege. They were always directed at “those people” who are poor and have no education, and who have sex with each other like animals. Not the good, middle-class people, those who always protect themselves.

Contrary to some of the people I talked to, my stance on legalizing abortion formed because I knew girls who needed it.

Why I’m for women’s lives

I grew up in a poor neighborhood, by Finnish standards. It had four buildings owned by the city, with apartments rented out to people with low income. There were single mothers with three kids like mine, as well as unemployed and alcoholic parents.

There were some girls around my age there. Most of them were from families with at least one alcoholic parent, usually two. Many of their fathers were rarely, if ever, present in their lives. Their mothers weren’t able to give them the emotional attention they needed, either. These girls didn’t talk to their parents about their issues, and they didn’t do things together, ever. They were fed and not in physical danger, but these weren’t happy families with healthy relationships.

When we reached puberty, the girls started having relationships with the boys from my street, who were from a similar background. With the boys, there were usually some drugs involved, as well, starting from a really early age.

When the girls, who didn’t have loving and trusting relationships at home, started getting together with the boys who were trying to act tough, condoms weren’t the first thing on their minds.

Most girls on my street had their first abortions before the age of 15.

It wasn’t because we didn’t have sexual education in school. We did, and we all knew about birth control. It was because no matter how many times you told them about safe sex and no matter how many free condoms you threw at them, they would still have gone to those boys for closeness, intimacy, and to feel valued. They would still have let the boys do what was most comfortable for them, just to feel loved and appreciated.

There are things you can’t cure with sex education. Family trauma is one such issue.

In Argentina, abortion was finally legalized earlier this year, after a long battle by women’s organizations and massive mobilizations on the streets. I’m happy it did. Here, the difference between rich and poor has always been striking.

Making abortions illegal never stops them from happening. While abortion was illegal, everybody knew there were ways to get one. But back-alley abortions were economically discriminatory, more often life-threatening for poor women than they were for the middle and upper classes. Here, abortion denial truly meant you were fine with letting poor women die.

Of course, even money never fully protected anyone. I have one friend in Argentina who got an abortion. She’s a wealthy woman so she didn’t have any trouble finding a private clinic to perform it, but she did encounter the same lack of protection when she had problems.

After the procedure, she had some bleeding, but she couldn’t find a doctor to help her because they assumed it was because of an unsafe, illegal abortion. “You did this to yourself,” was the attitude. Nobody would help her, and they treated her as a criminal for terminating a pregnancy.

Nobody deserves this, no matter how rich or poor.

In Texas, this is now happening, too. Women from all over the state are traveling to other states to get their abortions. Rich women will be able to take time off work and fly to another state to get it done, while poor women will resort to dangerous methods. Some of them may die. None of them will have the protection the state should offer them for a service they need. They will feel alone, and scared. Many of them won’t have people to talk to about it, because under the new law anyone could sue you for helping someone else get an abortion.

The privilege of not considering abortion

One of the abortion conversations I had in Argentina that I remember the best because of its sheer absurdity was with a woman in my class.

She considered herself a feminist, even though she was firmly against reproductive rights. I told her I understood the opinion had probably arisen from growing up in a bubble, as an ultra-privileged, rich person. I’ll admit, it wasn’t my most diplomatic moment. But I found it to be telling that she denied any possibility of her privileged life having a role in how she formed her opinions. We’re talking about a woman who had two nannies for her toddler, always took a taxi to class, and had her nails and hair done professionally once a week, despite not having a job.

She had enough family money to do whatever she wanted, and she decided to use it to shut out other people’s experiences.

I haven’t had the easiest life, but I was born in Finland, which is in itself a major privilege. I’ve spent over a decade in Latin America, where I know I’ve benefited from racist structures. I’ve gotten jobs because I have blond hair and green eyes, and because Northern Europeans are considered more hard-working. And I’ve taken those opportunities. I’m certainly not perfect.

But luckily, because of the upbringing I had, I was able to see that some people are much less fortunate than I am.

You have to understand your privilege to have empathy for others. And if you’ve never had to contemplate the need to have an abortion, because you’re rich, or a man, or simply because of how your life and relationships turned out, you are privileged.

I’ve never had one myself, but I would have, without hesitation, if things had gone differently. But even though I didn’t, I’m able to put myself in the shoes of another person who needs this service.

Interestingly enough, I’ve rarely had sex with a man who didn’t, at some point, try to slip it in without a condom. Still, most men seem completely oblivious to the fact that this (a) is rape, if you do it without my consent and (b) may lead to an unwanted pregnancy that I would have to take care of, all by myself, despite it not being my fault in any way.

Not having to think about abortion as a possibility is a privilege.

I still have a hard time understanding how anyone could justify not performing an abortion in a situation like the girls in my neighborhood had, before their 15th birthdays.

They were children themselves.

There is no amount of sexual education that will stop people from getting abortions completely. Not in Finland, not in Argentina, not in the US. You can improve the numbers, but you’ll never get rid of all the abortions, because sex happens. And accidents happen, because no form of birth control is 100% effective.

But one thing is for certain: none of them deserve fear, or to be treated as criminals for it.

More stories from Taru Anniina Liikanen and writers in The Swamp and other communities.