A Discussion on Gender Terminology and Language Change

by Eileen Davis 6 months ago in history
Report Story

I explore the etymology, definition changes, and political landscape of gendered and gender-neutral terms. 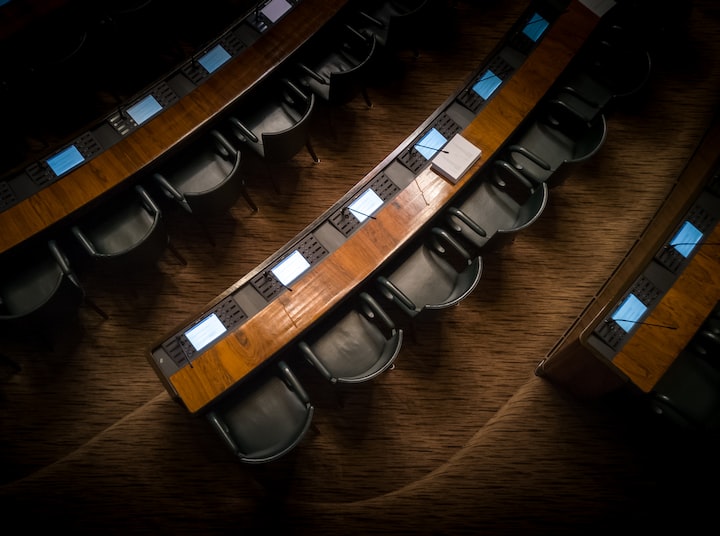 Photo by Joakim Honkasalo on Unsplash

Representative Emanuel Cleaver II opened the 117th Congress session with a controversial end to his prayer: “amen and a woman.” Cleaver meant it as a pun to illustrate the current high number of female members of Congress. His intent seemed good, though his timing seemed sacrilegious and inappropriate to some.

“Amen” is a Biblical Hebrew word: אמן. It is a word simply meaning “may it be so.” It has nothing to do with the word “man” or “woman” because it is FROM HEBREW. This is some of the dumbest s*** I have ever seen in my life.

This incident illustrates the tension surrounding words and gender politics. Even if intent may be honorable on both sides of an issue, a war of words may still ensue over the definition narrowing and/or broadening of gendered terms.

I experienced similar tension during a college class over the Star Trek introduction. In the first few months of my marriage to a Trekkie, my husband and I watched the original Star Trek where I heard “To boldly go where no man has gone before” with every introduction.

During my Modern American Usage class the next semester, the professor asked for examples of sexist or inclusive language.

“Where no man has gone before,” I said.

Suddenly two or three people in the class objected: “No, it’s ‘where no one has gone before.’”

I cowered, but I knew I was right!

Well, I hadn’t watched Star Trek: Next Generation yet where the creators had changed the introduction to inclusive language. However, my example with theirs showed the evolution of inclusive language from the 60s to the 80s.

Over thousands of years, our language has narrowed generic human nouns and pronouns into gender-specific nouns and pronouns (or vice versa). Old English used wer to indicate an adult male, but speakers replaced wer with man. Still, some words derived from wer represent all genders, such as world and werewolf.

The meaning of man meant male or female until AD 1000. But man retained the sense of people for longer. The last original Star Trek introduction (6/23/1969) and Neil Armstrong’s declaration on the moon “One small step for man; one giant leap for mankind” (7/20/1969) illustrate this sense of people until 1969.

Other terms that use man for the sense of people include mankind, manslaughter, manhandle, etc. Mankind has declined in usage over the past 200 years. Humankind seems to have replaced mankind in some instances since 1960. Using Google Books Ngram, mankind usage decreased in 1978 as humankind usage increased. Mankind has a slight dip — mostly in the 90s — but it returns to the same percentage in 2019. Interestingly enough, mankind increased in the new Millenium. Humankind doesn’t seem to have replaced mankind as of yet, and the term may never do so.

Additionally, the second-wave feminist movement spearheaded language change where we created gender-neutral job titles, such as server and flight attendant. According to various Google Ngrams where I contrasted gender-neutral and gendered job times, many of these gender-neutral titles increased since the 60s/70s/80s, but show a decrease in the 2000s. This may show a pushback to “politically correct” language that had its heyday in the 90s.

Singular they/them/their has been part of English probably before the first written instance in 1375 AD. It only became "incorrect" usage under prescriptivist grammarians in the 18th century, in which pedantic rules didn't reflect actual usage (e.g. split infinitives and prepositions at the end of a question). Until the 19th century, singular they has been used when the gender "is unknown, irrelevant,... or where gender needs to be concealed". Only within the last century has singular they represented nonbinary persons.

This quote illustrates some history behind the first nonbinary pronouns:

But we’ve struggled to find the right language to describe these people—and in particular, the right pronouns. In the 17th century, English laws concerning inheritance sometimes referred to people who didn’t fit a gender binary using the pronoun it, which, while dehumanizing, was conceived of as being the most grammatically fit answer to gendered pronouns around then.

From my observations, free speech vs. compelled speech is the core issue of preferred pronoun usage before the belief in the female/male binary. Many people will use someone's preferred pronouns and still promote an individual's free speech. For example, I will usually use preferred pronouns if it matches a person's outward gender expression and I promote others saying what matches their beliefs. I stumble, like others, on nonbinary they/them/their because it feels unnatural, especially with the plural conjugation. Over time, speakers will probably get used to it depending on societal change.

One factor of future preferred pronoun usage largely depends on the number of transgender and nonbinary persons. Another factor is compelled speech happening under social media guidelines, laws, and cancel culture incites the natural reaction of rebellion. Thus, I believe more people would use preferred pronouns if we stopped with "speech is violence" and respected individual choice. And I believe we would feel more compassion toward one another's struggles.

Within transgender, nonbinary, and ally communities, such female terms are receiving makeovers such as breastfeeding to chestfeeding, women vs. "bodies with vaginas" or "who menstruates", and mother to birthing person. These changes have been unpopular for many people across the ideological spectrum. For example, the Lancet medical journal received backlash when it used "bodies with vaginas" to describe biological women (females, transgender males, intersex persons, and nonbinary persons).

This issue is difficult for both sides to address for several reasons. First, many transgender and nonbinary persons feel hurt by gendered terms. Some even consider misgendering as violence. Second, others consider the change a backward step for women's rights because the terms reduce women to body parts. Third, some government and social media hate speech policies compel certain speech.

From my observations, I believe terms like birthing person will not enter into common usage because they are "clunky" or not succinct. Mostly, human tendency tends to simplify language over time. Also, nonbinary terms reflect an ideological movement similar to the 90s politically correct language, which has lost much of its influence among the general population partially because PC terms aren't concise.

Look at a Person’s Intentions

The changes in meaning and terms have been an underlying issue in the culture wars for several decades. This tension will most likely continue. But as it continues, we need to look at people’s intentions behind their words. Like Cleaver and Shapiro, most of us have honorable intentions. Thus, we can draw on our honorable intentions, instead of our desires to be right, or not offended, to reach compromises, or to kindly disagree. Albeit, not everyone will do this and for our wellbeing, we need to come to terms with it.

Remember, we can only control our own speech. When we make mistakes, we can apologize. We can accept sincere apologies. And we can seek to understand another person's point of view.

If you enjoyed learning about this or my soapbox opinions, please subscribe for future essays. And if you are rich beyond your wildest dreams, I'd love a tip.

More stories from Eileen Davis and writers in The Swamp and other communities.