Here are some of the titles the American political commentator recommends for you to read. 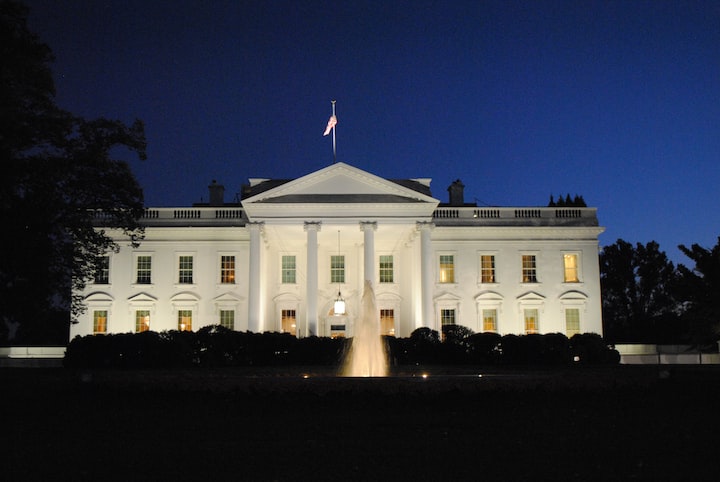 Photo by Tabrez Syed on Unsplash

Who is Ben Shapiro?

Ben Shapiro (born January 15, 1984) is an American conservative political commentator, columnist, author, radio talk show host, and lawyer. He is the editor-in-chief of TruthRevolt.org, a website founded by David Horowitz. Shapiro has written seven books, the first being 2004's Brainwashed: How Universities Indoctrinate America's Youth, which he started writing when he was 17 years old.

Here are 5 books Ben Shapiro recommends, with reviews from avid readers like me and you.

If you want to purchase any of the books listed below, click on the titles. They are affiliated links that will take you directly to the store.

The War on Cops, by Heather Mac Donald

I agree with many of MacDonald's points. I enjoyed the book. It gave me quite a bit to think about. However, as an objective reader, I couldn't help but be disappointed in the lack of citations or support for almost any of her claims. She brings up statistics a lot, which is fine...but rarely cites the sources (other than sometimes mentioning a government agency). No specific report, no study name, no year of study, etc.

I expect writers who are attempting to compel their readers to their line of thinking to not only provide a well thought out argument (which she has done), but to also provide objective data and the sources (which she does not - for the latter).

This book could have been used as a tool to arm those with knowledge that could be shared in a discussion. Instead, they are talking points. Undoubtedly, if you were to discuss these issues with someone of the opposing view, they would ask "How do you know that?" You can't very well say "Well, it's in some book I read" or "It was in some study from some agency."

The exact opposite of MacDonald might be Ann Coulter. Ann is far more provocative and wanting a fight, but she cites every, frickin' source (at least the couple of books I've read of hers do). There are sources for days. But I enjoyed that. While I may not agree with the findings of the source, I enjoyed having the sources available for me to verify.

What sets Thomas Sowell apart from many economists and intellectuals is his ability to present complex ideas with both clarity and simplicity. As he himself once noted, "If academic writings were difficult because of the deep thoughts involved, that might be understandable, even if frustrating. Seldom is that the case, however. Jaw-breaking words often cover up very sloppy thinking." For Sowell, economics is no exception.

In Basic Economics, he reminds you that economics is the study of the use of scarce resources which have alternative uses. And with this fundamental truth in mind we see a master expositor at work. He derives many economic principles from this easily forgotten fact, offering you real-life examples along the way. This book was, of course, written for the layman. In fact, no prior knowledge of economics is needed before you read it. Yet the book is of such breadth and depth that economist Dr. Walter Williams says "it provides an understanding of some economic phenomena that might prove elusive to a Ph.D. economist."

As you read and become familiar with how Sowell thinks, you will yourself begin to think like an economist. You will learn to judge policies not by their proposed goals, but by the incentives they are likely to create, which may have the opposite effect of their intended goals. You will learn to think about not only a policy's immediate effects, but also its effects in the long run, and not only its effects to a specific group of people, but to everyone. In the process, many of your long-held cherished beliefs may be challenged.

The Long March, by Roger Kimball

This is one of Roger Kimball's best books because the enormities of the subject draw out his best analytical, critical and rhetorical skills. The overarching theme is that the 60's (broadly conceived; they began in the 50's and continued into the 70's) won; i.e., the cultural program of the political radicals succeeded and is now so 'with us' that we take it for granted. It is not an alternative reality; it is the status quo. We take for granted the omnipresence of pornography, the commonality of broken families, the dilution of our systems of education, their tendency to indoctrinate rather than teach, and the centrality of crudeness and sex in our popular 'entertainments'.

Some approach this subject differently. Todd Gitlin, for example, sees the 60's as bifurcated. On the one hand there are the struggles for liberation that characterize the efforts on behalf of the Vietnamese, struggles which are aligned with the civil rights movement, the women's movement and, eventually, the LGBTQ movement. On the other hand there is the attempt by student radicals to validate their desire for sex, drugs and rock and roll. Liberation is benign, self-indulgence is selfish, narcissistic and the cause of many of our current problems.

RK tends to see all of the activities of the 60's radicals as of a piece, since they are intellectually and morally perverse at the core; they are founded on hopelessly-naïve utopian schemes, narcissistic self-regard, a need for political posturing and a loathing for bourgeois culture by individuals who are the products of bourgeois culture and who remained dependent on bourgeois culture.

Homage to Catalonia, by George Orwell

Few wars in history have attracted the interest of more literary celebrities than the Spanish Civil War (1936-1939). (In addition to Orwell, who actually fought in the war, Hemingway and Emma Goldman famously covered it.) Almost no war, however, is both more pivotal to 20th century history and less understood by young and old alike today.

That it was a complicated war is a profound understatement. While it was, on the surface, a face off between the Nationalists and the Republicans, the participants represented a dizzying array of political affiliations—fascists, anarchists, socialists, revolutionaries, communists, and an impressive contingent of foreigners generally supportive of Western democrat principles.

More famous for “Animal Farm” and “1984”, both of which were written later, this might be Orwell’s most insightful book. Contrary to other great writers who gained profound insight through their genius, Orwell gained his insight through his unwavering realism and ability to see things for what they are. (The realism is so candid, in fact, that you will laugh out loud in places where other authors might make you sigh in despair.)

In this case he dispels the romanticism of war and the idealism of communism. While the intelligentsia around the world were debating the lofty ideals of the proletarian struggle, the democratic ideal, and the dignity of all men, Orwell points out, life in the trenches is far less political. The priorities there are warmth, sustenance, and, if you’re lucky, a useable weapon.

The Rise and Fall of Violent Crime in America, by Barry Latzer

The author provides an extremely comprehensive history of crime in America from World War II to the early 21st Century. The author—a highly regarded professor of criminology—examines not only how crime rates change over time, but he also looks at differences in criminal behavior between immigrants and native-born, city-dwellers and rural residents, North and South, men and women, and by race and ethnicity. He also makes a few interesting cross-country comparisons.

Ultimately, the author concludes that crime is best explained by culture, not economics. Thus, the major reason that crime rates differ between groups and regions is not poverty, but rather the different propensities for crime among various subgroups. In particular, the author argues that the Southern United States is the most violent region in the country, with blacks being the most violent group in the region. When blacks migrated out of the southern countryside and into the northern and western cities, they brought their culture of violence with them. This culture of violence—when combined with the baby boom, the anonymity of the city, and the weakening of the criminal justice system in the 1960s and 1970s—led to the horrific crime wave of the mid-1960s to the early-1980s. As the Baby Boomers aged out of crime in the early-1980s, crime rates began to drop. The crack cocaine epidemic of the late-1980s and early-1990s quickly bright violent crime back to terrifying levels, but tough-on-crime policies and the increasing rejection of crack cocaine caused crime rates to fall again in the mid-1990s and remain low throughout the early 21st Century.

Writer and business founder that enjoys writing about history and culture.

More stories from Borba de Souza and writers in The Swamp and other communities.