24 Quick Moments from the Month of September

by Tone Breistrand about a year ago in history

What major events took place in Septembers of the past? 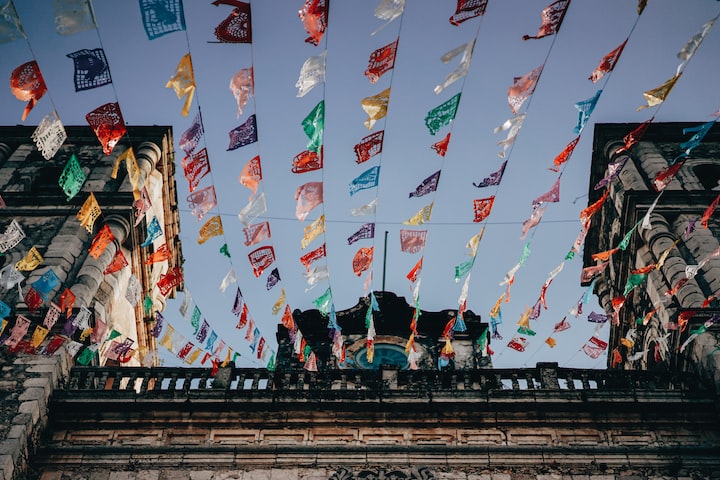 Photo by Filip Gielda on Unsplash

September has ended, and it's time to reflect on the rich history it holds through the years. Here is a quick collection of events that impacted different areas of the world.

The Second World War was officially started by Germany's invasion of Poland.

The last battle of the Roman Republic took place on the coast of Greece, ending the republic and marking the beginning of the Roman Empire.

The city of Los Angeles was founded in California by 44 Spanish speaking mestizos.

The Great Fire of London ended after destroying a third of the city, including 13 200 houses .

The First Opium War started between China and Britain, often seen as the beginning of Europe's imperialist supremacy over China.

Freddie Mercury is without a doubt one of the greatest entertainers who ever lived, and continues to be celebrated and remembered through his work.

Ferdinand Magellan's Spanish expedition returned to Spain, the first every to circumnavigate the Earth. Only 18 survivors returned, out of the 260-280 who had left for the expedition.

The Oprah Winfrey Show was broadcast nationally for the very first time, receiving instant success and becoming the highest-rated talk show in history.

The Luna 2, launched by USSR, became the first spacecraft to impact on the Moon.

The world's first practical helicopter took flight in Stratford, Connecticut. It was designed by Igor Sikorsky and called VS-300.

Google.com was registered as a domain name.

A “Grito de Dolores” (“Cry of Dolores”) was issued, calling for the end of Spanish rule, and for racial equality and redistribution of land. This resulted in the Mexican War of Independence, and is now celebrated as Mexican Independence Day.

Slavery was abolished in all French territories, leading to 265 000 enslaved Africans being freed in the West Indies and Réunion.

Dutch scientist Antonie van Leeuwenhoek became the first person to report on the existence of bacteria.

The Great Fire of Moscow burnt out after five days, leaving 12 000 people dead and 75% of the city destroyed.

New Zealand became the first country in the world to grant all women the right to vote.

The last eight people were hanged for witchcraft in the US.

US President Abraham Lincoln said he would free slaves in all states on Jan 1.

The company started out as a distributor of playing cards, and has since had a massive impact on the entertainment industry.

The Yellow River (Huáng Hé) flooded in China, killing between 900 000 and two million people, as one of the deadliest natural disaster in all of history.

At the Nuremberg war trials, 22 Nazi leaders were found guilty of war crimes and sentenced to death or prison.

We must continue to acknowledge and appreciate our past. Even though there are a lot of dark events to look back on, history has a lot to teach us, and can never be forgotten. Thank you for reading!

Receive stories by Tone Breistrand in your feed
Tone Breistrand
Read next: Reason First: Can There Be a Solution to Wilmington, Delaware's Crime Problems?