Is Polkadot Cryptocurrency A Good Investment?

by Aamir Kamal 16 days ago in alt coins 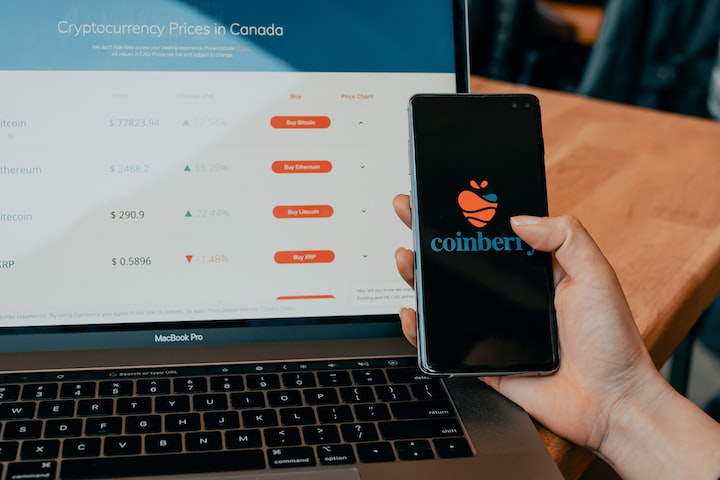 I was sitting in the audience, feeling like a cross between an author and an investor. I thought that crypto could be my new favorite thing. Except for the guy next to me who was snoring. The presenter wasn't telling me anything new about Polkadot cryptocurrency; it had already been on all of the news feeds of every person with access to wi-fi or social media. What she did tell me, though, is how much money I would make if I invested in this little gem sooner rather than later.

The Polkadot project is a blockchain that allows other blockchains to be 'attached' to it using unique technological techniques, allowing data to be moved across multiple blockchains and tokens. Polkadot is an open-source, blockchain-based distributed computing platform that allows blockchains built on top of it, known as "Parachains," to execute atomic inter-chain transactions in a trust-minimized manner, establishing an interconnected internet of blockchains.

The network's proof-of-stake consensus mechanism is energy efficient. The protocol was developed by the Ethereum co-founder Gavin Wood and the Web3 Foundation, with Parity Technologies providing the initial implementation.

The Polkadot network is a top-tier initiative by Web3 Foundation, a Swiss foundation. Polkadot aims to provide its users with all of the functionality of decentralized finance (Defi) while also allowing them to reap the rewards from an easy-to-use interface.

In June 2021, Coinbase improved its cryptocurrency trading platform by adding Polkadot. The native cryptocurrency of Polkadot is DOT, which has three primary goals: network governance, staking, and bonding.

Aside from being one of the most ambitious multi-chain projects, Polkadot also provides a variety of solutions to its users, bringing different Blockchains together on a single network. The Polkadot network is a distributed ledger that runs on a Peer-to-Peer architecture and has several advantages, such as shared relay chain and Parachain security, as well as flawless governance. The enhanced infrastructure allows for staking and operational capabilities to be implemented.

Polkadot is a heterogeneous multi-chain that can scale across many chains. This implies that, unlike previous blockchain projects that have concentrated on providing a single chain of varying degrees of generality over possible applications, Polkadot itself is built to offer no inherent application features. Rather, Polkadot provides the foundation "relay-chain" on which many validatable, globally coherent dynamic data structures may be hosted simultaneously. We refer to these data structures as "parallel chains" or "Parachains," even though they don't have to be blockchain in nature.

To put it another way, Polkadot resembles a set made up of self-contained chains (e.g., the one containing Ethereum, Ethereum Classic, Namecoin, and Bitcoin).

The architecture of Polkadot is quite complicated. The most important aspect of the Polkadop project is that it is a multi-chain network that integrates many blockchains. This allows the system to handle a large number of transactions at the same time, making it extremely scalable. Furthermore, any blockchain may be integrated into this ecosystem via a unique technology dubbed "blockchain interlinking."

A fork isn't required when making significant modifications to the system or correcting an existing mistake, as it is with other cryptocurrencies. At the same time, thanks to a network of participants with diverse responsibilities, the system offers high security.

The following are the four key components of this project's architecture:

Price Analysis of Polkadot (DOT): Should You Invest In This Crypto?

The Polkadot has a market capitalization of $39.3 billion(While writing this article) and is among the top 10 cryptocurrencies on several exchanges. Despite the fact that the Polkadot cryptocurrency price outruns the competition by any measure, expert speculations and technical analysis of various aspects do not deter it from outperforming them.

Polkadot will exceed the expectations of all cryptocurrency investors when it comes to price and market capitalization, as it is highly interactive and simple.

The price action shows that DOT appears to be in an accumulation phase. The price has repeatedly tested the support level at $28 after flipping the resistance, resulting in a wedge on the daily chart. From here, a breakout appears to be on the way. Many believe that the long testing of the $28 support has sufficiently weakened it, and any genuine male pressure and price may break out of the wedge downward.

The introduction of new partnerships will shine a light on Polkadot (DOT), making it the center stage for investment. In turn, with every passing second, more deals are completed, which might be tough competition for rivals of Polkadot.

Based on historical data, some market experts forecast that the DOT price may come up with its own blockchain platform by 2022, migrating from Ethereum to a more powerful network. This would drive Polkadot's price to $65.

There might be a forecast of miracles in the world of cryptocurrencies, and there may be magic in the short term as well. It is a long time, four to five years. According to expert predictions, pandemic vaccination may imply a boom period for DOT.

Investors can expect a turnaround by the end of 2025 if they have patience and keep their expectations high in the long run, as adoption would explode. Polkadot will be a seasoned player by the end of 2025 when it will have been around for several years.

The task of predicting Polkadot's price is thankless, and the best solution is that no one knows. It's never a good idea to predict the price of crypto like Polkadot because no one knows what it'll do.

The goal of Polkadot is to completely alter the blockchain industry's architecture. Many authorities think it is a ground-breaking innovation that has the potential to revolutionize the blockchain sector. The Polkadot is a cryptocurrency that was created as a counter to Ethereum. The first and only open protocol allows all decentralized applications access to cross-chain liquidity. Unlocking new liquidity and resources that will power a new era of value in the open finance movement. DeFi Swap now offers Polkadot.

The prospects for all crypto coins are largely determined by the state of the cryptocurrency market, and Polkadot is no exception. As a result, if the crypto market continues to expand, the Polkadot token will almost certainly rise as well. In the event of a fresh bull run in the cryptocurrency market, the DOT token's price is likely to rise to $70 and possibly exceed its all-time high.

The DOT may be a lucrative investment option. The current price of Polkadot is $40, but investors must do thorough research before harvesting rewards on Polkadot. The prediction for DOT is that it will rise to 60 US dollars in the future.

Is Hi Dollars A Scam Or Legit? Should You Invest Into This Cryptocurrency?

Is It Worth It To Invest In Eagle Network Cryptocurrency In 2022?

Receive stories by Aamir Kamal in your feed
Aamir Kamal
Read next: What is Initial DEX Offering? IDO Development Solutions