by Aamir Kamal 18 days ago in mining

Free PI-Network Like Cryptocurrencies For Mining and Making Money (Is there a similar cloud mining app to earn free crypto-like Pi-Network?) 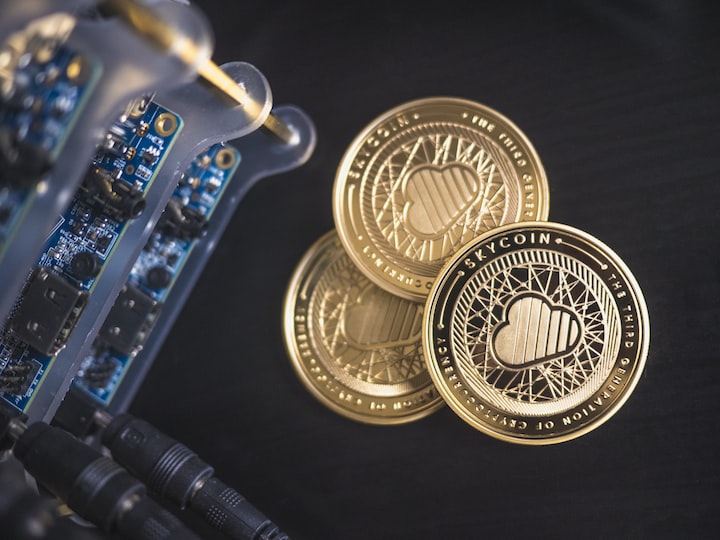 Photo by Stanislaw Zarychta on Unsplash

"You know what? I heard about this new cryptocurrency called Pi-Network, and it's pretty cool. It doesn't need any specialized equipment or anything like that, you can mine it through your mobile phone itself!", someone told me.

I looked up at google with a raised eyebrow. "How are people mining cryptocurrency?" I asked skeptically. "What do they use to get these coins?" "The internet," google told matter-of-factly. It continued, "It works by using the power of the blockchain to solve mathematical puzzles in exchange for Pi Network tokens."

The Pi Network is a project developed by Computer Scientist Dr. Nicolas Kokkalis and his wife, Dr. Chengdiao Fan. Their goal is to launch a cryptocurrency called Pi as well as an ecosystem in which to use it. Pioneers developers are currently working on apps for the ecosystem.

The Pi Network is a project that aims to develop a functional digital worldwide currency called Pi, as well as a platform on which to utilize this money. The majority of the applications on this network will be created by 3rd party developers. The team at "Social Chain Inc" is made up of core members who work for "Pi Community Company," a company formed in the Cayman Islands.

In the 21st century, we are now living in the age of mobile. You feel restless if you can't use your phone for 24 minutes in a 24-hour period. Now it appears that our existence is incomplete without a smartphone. Mobile can provide us with the vast majority of what we desire.

Your mobile phone has a lot of computational power, so you may utilize it to look at social media or make some valuable coins that will be worth $1 to $10 or even $100 in the near future. In 2008, computers were able to generate Bitcoin (modern money all over the world) and there was an opportunity to earn it, but few of us had commuters at the time. We would have Rs. 5136869 now if we had a computer back then and could only make 1 Bitcoin. But now, if you want to mine one Bitcoin, it might take more than 10 years.

There are more than 50 crypto mining apps on the market, some of which provide free mining for their coins, but if you look closely, only 5 to 8 of them are real and most of these applications follow the Pi Network model.

Anyone can send money to anyone in the globe and it will take approximately the same amount of time and money to do so. Lenders are the most expensive alternative to bitcoin. They charge a high-interest rate, which is typically even lower than banks or credit cards. You don't pay anyone profits; you just cover the expenses of the network. Despite claims of complete decentralization, there are no central authorities to trust since the anonymization technique is not centralized. Everything in the transaction remains between you and the other party.

Future Of These Mining Apps

There are several other crypto-mining apps accessible, such as Midoin (Android and iOS), CowCow (Android), Spotter (Android), Reflex (Android), AntCoin (Android), and Thundercore Hub (Android) among others, but you should always do research and examine their background as well as their future goals before investing time in them. Even As much I have checked I found only 5 to 8 legit cloud-based crypto-mining apps and about that I have shared, however, I have done the research for other apps too and they look and sound fishy so I prefer to not invest my time in them.

Can Dogecoin Hit $100 In the Future? Discussing The Expected Value of Dogecoin

Receive stories by Aamir Kamal in your feed
Aamir Kamal
Read next: We need to buy Bitcoin like our life depends on it … because it does!