How to Calculate Mining Profitability

by Riley Raul Reese 2 years ago in mining

Don't even think about mining cryptocurrency until you know how to calculate mining profitability. Otherwise, you're gonna have a bad time.

Once upon a time, Bitcoin mining was something that anyone could do—even if they had a relatively old computer. Mining Bitcoin and other cryptocurrencies used to be a very lucrative field. It didn't matter how much startup capital you had; you could mine it regardless of what equipment you had on hand.

These days, Bitcoin transaction algorithms take a lot more power than most older computers can handle and the fact is, you often will need a fully dedicated Bitcoin mining rig complete with high-energy graphics cards to continue mining it. Cryptocurrency mining is pretty intense today.

A lot of cryptocurrencies are no longer profitable to mine for the casual person. If you want to turn a profit, it makes sense to learn how to calculate mining profitability in both the long and short term.

Here's how to do it.

First off, you will need to choose currencies to consider mining. 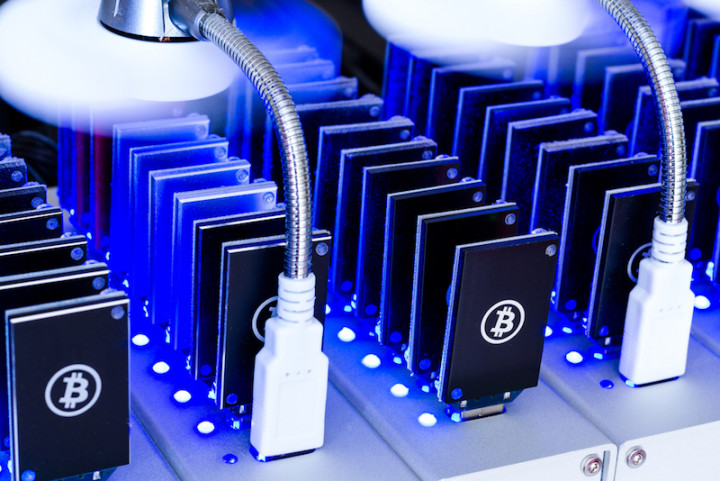 Not all cryptocurrencies will be mineable. If they don't require proof of work, there's no way to mine them. Currencies that can't be mined, typically can only be bought or traded through exchanges like Coinbase.

The most common thing people try to mine is Bitcoin, but there are plenty of Bitcoin mining alternatives that you can consider as well. These include:

To determine which is best for you, check out how much power each takes to mine, how much the value may be, and what algorithm will come into play when mining.

To figure out how to calculate profitability, you'll need to know whether the currency you want to mine uses SHA-256 or Scrypt as its mining algorithm of choice.

The algorithm your coin uses will make a big difference in its profitability. Most have one of two different algorithm bases involved in mining.

SHA-256 mining algorithms use a lot of processor power, which would be CPU and GPU-based work. Scrypt, on the other hand, also requires RAM and processing.

A SHA-256 may require special rigs like ASICs to work. Scrypt can typically be done on a quality GPU, which in turn makes it slightly more affordable for users to try.

Most cryptocurrency mining endeavors will need a specialty mining system. You can choose to DIY them, or you could get a specialty ASICs miner like the one above. Depending on how tech-smart you are, building your own could save you several hundred dollars.

Part of learning how to calculate mining profitability means realizing you will likely incur a loss before you make cash. Either way, you will still need to plunk down for GPUs and/or rigs. You will need to research this and have this be an initial loss that you're willing to take.

When choosing a rig, take a look at how much energy the rig will guarantee to use. You will need to know this number when calculating the amount of energy it takes to mine your currency.

Prebuilt coin mining rigs will come with a stat telling you the hash rate of the rig. The hash rate will tell you how quickly you can expect to mine coin after coin.

Efficiency in mining is generally seen as the rig's "hash rate" divided by the power consumption. The better the efficiency of your rig, the more success you'll have in mining.

Getting better hash rates without having to spend tons of money on coins is a great way to cut costs. After all, those electric bills will become pretty hard to handle if you do a large operation.

That being said, not all equations will involve efficiency ratings when determining the amount of coins you'll be making. Hash rates, on the other hand, are a staple among profitability equations. 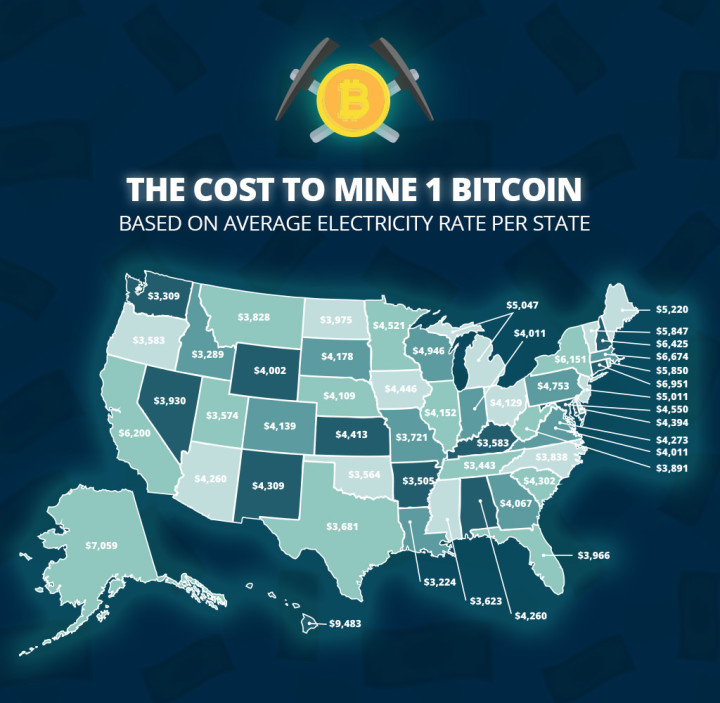 A big part of learning how to calculate mining profitability deals with electricity. After all, mining will take a lot of power, particularly if you use processor-heavy algorithms.

You will need to know how much your electric company charges per kilowatt-hour. Mining computers are pretty hard on energy bills, with some easily exceeding 1 kW per hour.

You will then need to calculate how much energy bills will be per month using your rig. To figure out how much energy you're consuming, you will need to multiply the amount of energy your rig will require per MONTH times the price you pay for electricity per kWh.

Learning the difficulty in what you want to mine will also be part of learning how to calculate mining profitability.

If you aren't sure what to expect, checking the CoinWarz profile on the currency you want to mine. This will give you the general idea of what a typical run of mining will mean.

That being said, simple equations will not use difficulty ratings as part of their calculations.

Here's the general equation that tells you how to calculate mining profitability... 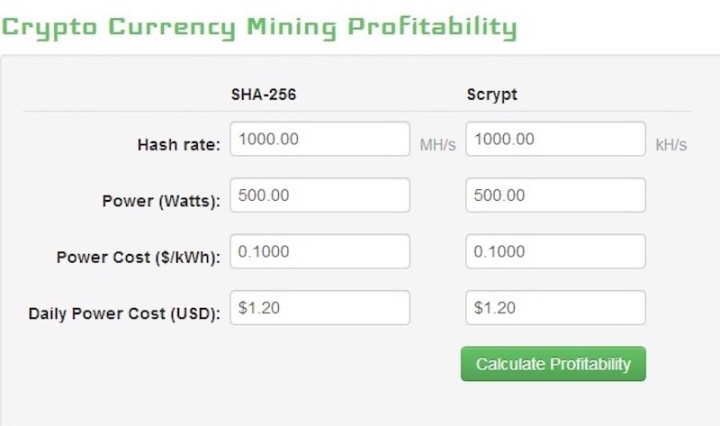 A good general equation that will show you how to figure out your profits is M – W = P.

CoinWarz will give you a good idea of how many coins you can mine per day with your equipment. Multiply that by 30 to get your monthly output. This changes fairly frequently because difficulty fluctuates on a day to day basis.

To find out how much immediate profit you're making, multiply your answer for P with the dollar value of the coin you want to mine. That's how to calculate mining profitability in the easiest way possible.

Simple isn't often good enough to determine whether it's a good choice.

The biggest forseeable additional cost will be related to cooling your rigs. 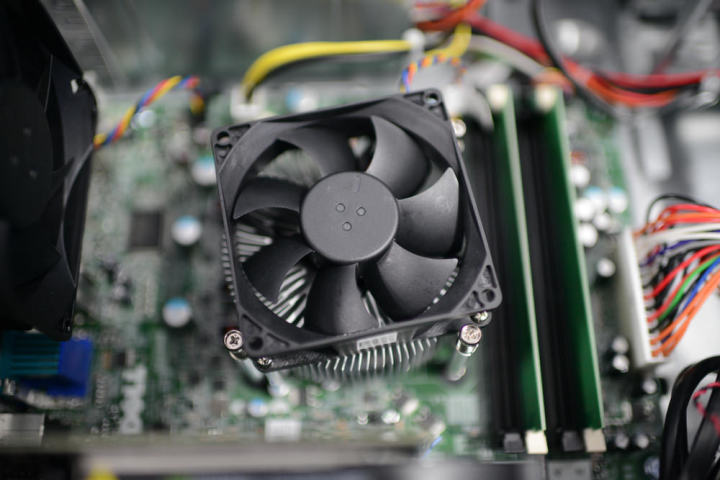 Believe it or not, it's not unheard of to have mining rigs light on fire due to overheating. Overheating is one of the biggest destroyers of equipment in the mining world. That's why you should learn how to calculate mining profitability while taking that into consideration.

Take a look at how much it costs to keep an air conditioner on full blast, and you'll have a good idea of how much your monthly cooling costs will be on energy. An energy consumption calculator can help you figure things out.

If you're not a "math" person who can deal with details, mining profitability calculators are all over the net—with most taking a far more detailed approach than what we covered here, if only when it comes to the accuracy of numbers used. Just plug in the numbers you have, and let them do the work for you.

Overall, it's really difficult to figure out exactly how much you'll make in terms of mining profit.

Everything, and I do mean everything can be variable. If you're not sure you're willing to deal with all the "what if's," then you will probably be better off just buying coins and sitting things out.