How Does Crypto Have Value?

by Caroline Egan 20 days ago in tokens

(Part 4: A Brief Overview of Cryptocurrency) 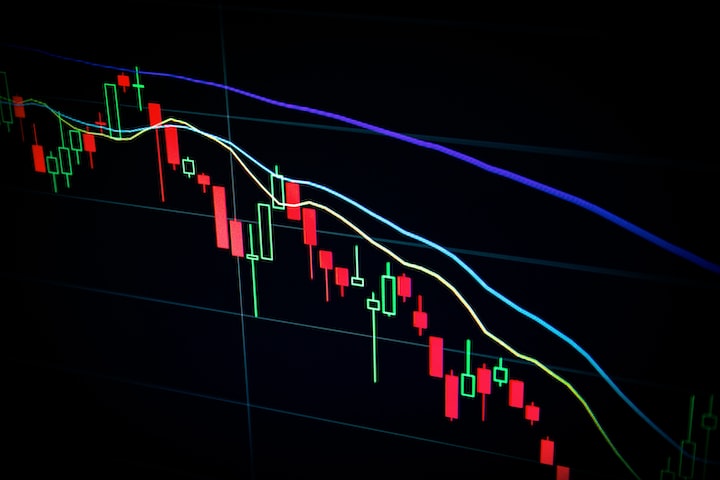 You often hear crypto skeptics state things like 'cryptocurrency has no intrinsic value.' What does that mean exactly? And how do coins actually seem to have value despite this? This post looks at how cryptocurrencies have value and why people still choose to invest in such an abstract commodity.

Intrinsic value refers to what can be gained from owning a certain product or share. For example, traditional fiat currencies would have previously been based on rare metals like gold or silver, so its worth depended on what essentially backed it up. Technically most coins do not have anything officially backing up their price. They do not offer anything independently of being a store of wealth or usable as a currency in limited circumstances. However, the more these coins are accepted as payment for goods and services, the more intrinsic value they will have.

Even though a currency such as Bitcoin has exploded in value over recent years shows that it is quite a popular choice, even though its value would appear to be in quite a precarious situation. Arguably nothing is giving Bitcoin a real or tangible value. Only a few companies accept it as a form of payment, so why is its value soaring so high?

In the case of Bitcoin, this currency is finite. As we discussed before, this makes it scarce, as there are even systems to prevent inflation from devaluing the currency. Anything with a limited supply is open to gaining traction with investors, who recognize that taking a chance early on can pay off in the long run. Over time with the media's continued attention, the coin has established itself as relatively trustworthy as time went on, proving to skeptics that there it wasn't in a rush to disappear.

Also, as Bitcoin gained attention and people became curious, it developed a loyal following, even from the start. Unlike fiat currencies, cryptocurrencies are not guaranteed or backed by the government. In many cases, governments are at a loss to regulate it, so this is a good indicator of the strong sense of community that supports the currency. Investors, particularly those who invested money early, as a living testimony to the coin's success, converted 'regular' people to the idea that these currencies can actually make dreams come true. The success of Bitcoin to date can be mostly attributed to the optimism of those investing in it, who believe that it does have a place in our future and that its value can only increase. Public sentiment is a massive influential factor in the price of any crypto on the market.

Many coins, however, particularly newer altcoins, are attempting to have a multitude of purposes. Some coins offer different technological solutions for blockchain-like smart contracts. For example, Etheruem backed NFTS (non-fungible- tokens) are a type of crypto that can be used to store digital assets, artwork, or collector's items. Other Cryptos also offer staking or the ability to offer interest paid in the form of coins, significantly more than those offered by banks. The more purpose a coin has, the better its future as a currency and investment is.

As the economy has fluctuated and changed dramatically over the last decade, there has been a growing suspicion towards regular currencies and traditional financial institutions, particularly when hard-earned savings are threatened. Perhaps the public has felt that banks and credit card companies have held a monopoly on what we can do with our own income and feel exploited. With very little interest paid in return, the increase in banking fees has also pushed people towards examining other options for storing their money, sometimes in secret. In a way, with the anonymous nature of cryptocurrencies, it is no wonder that they have been adopted by criminals involved in drugs in some ways.

If you enjoyed this, have a look at my other pieces on crypto here, here, and here. Or leave a tip if you're feeling fancy.