What the Heck is Mining?

by Caroline Egan 8 months ago in mining
Report Story

(A Brief Overview of Cryptocurrency: part 3 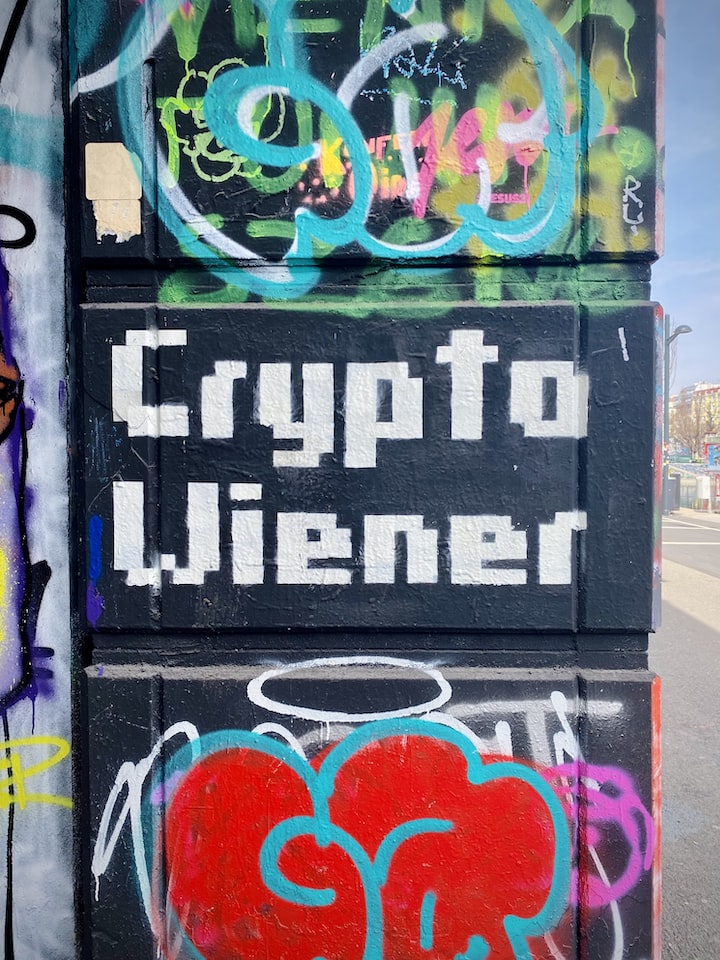 Photo by Arno Senoner on Unsplash

Mining is basically the process of 'minting' new coins by putting them into circulation. Blocks of information are validated on the blockchain by miners who look after the DLT by sorting complex algorithms and assigning labels to that information. This process is called hashing. It assigns information to each of the transactions on the blockchain, records it, and files it away.

The miner's job is to audit transaction information that is added to the network. They ensure no duplicates of the same coins, either through error or deliberately, in transactions and record all of this data for everyone to see. They play a big part in keeping the network transparent, adding to the currency's legitimacy, and fostering trust.

How Are Miners Rewarded?

Miners obviously do not do all this work for nothing. In fact, as mentioned already, they maintain the blockchain to be rewarded in coins. When miners solve the problems on blockchain, they need to be the first to get the correct answer to be awarded a coin. This system is known as 'proof of work.' The first miner to find a solution to the equation then communicates with the others on the network that they have the answer. The answer is then authenticated by others, and the miner can claim their reward. The reward is a completely newly created coin which is then added into circulation.

Mining has changed significantly in recent years, but it has mostly been quite expensive in the technology required to create a decent mining supercomputer. It is also very costly energy-wise to mine, as the amount of processing power that a miner needs to solve these endless network problems is extremely high. After incurring all these initial expenses, a miner has to be sure to see a profit on their investments. The amount of miners has increased significantly over the last few years, increasing competition and making it more difficult to reap the rewards.

This has made mining extremely competitive as there are no limits to the number of miners that can remain on the network simultaneously, yet the rewards remain the same. The more miners mining, the less likely a miner is to find the solution necessary for a reward. The amount of new blocks created is always the same. It does not matter how many miners are using it. This means that the rewards available remain the same, no matter how many are working on getting it. This means that miners have had to create even more advanced machinery to compete and pool their resources and work together to stand some chance of getting paid.

In 2021 miners had their rewards reduced from 12.5 BTC to 6.25 per block. This is done to slow down the production of coins and prevent inflation, but it also makes the miners' jobs even more difficult. 2140 is when it is expected that the last coin will be mined. However, there will still be a role for miners, where they will still validate transactions on the blockchain. Still, instead of being rewarded in new coins, they will be paid a fee instead.

There will only ever be a certain amount of Bitcoin in circulation, as the cryptocurrency is finite. Roughly every four years, there is an event that has a massive impact on the coin and its value. It is called the 'halving' and means that the amount of rewards for miners is reduced. This affects the miners in that the same amount of coins are being produced and selling at a high value but that the rewards are less for them. However, this prevents the coin from becoming overinflated by keeping the price steadier instead of flooding the market and devaluing the currency. This slows down the production of the coins, which results in a price increase.

In the aftermath of the halving in 2013, 2016, and 2020, the coin prices shot up dramatically, followed by an extreme drop to a lower price. The next halving will be somewhere around 2024, which will be highly anticipated for loyal Bitcoin fans. However, the rewards for miners during this period went from 50 Bitcoin in 2009 per transaction to 25 and then 12.5, before lowering even further to 6.25 in 2020. This has increased miners' efforts to ensure that they profit from mining by pooling their resources and investing even more time and energy into their rigs. This escalation has brought up some concerns regarding mining and its impact on the environment.

The Controversy With Mining

This competition with mining has caused miners to take matters into their own hands to ensure that they can be rewarded for their work. This has brought up recent concerns regarding mining and its energy consumption. Imagine rooms of several giant computers dotted around the world, constantly processing high volumes of problems, heating up immensely, all working, all simultaneously. Many of these generate so much energy that they require cooling systems to prevent the mining rigs from overheating. The expense is immense, but now, the process's environmental impact is also being considered.

There are over 1 million miners worldwide, so the scale of this cannot be underestimated. The fact that mining has become so competitive has only made it consume even more energy. Miners compete for block rewards by buying better and more powerful machinery and working together and pooling their resources, creating large mining farms. There have been serious repercussions for the environment from this — not only in terms of energy consumption - but also in the amount of electrical waste, as new systems are worked so hard that they are burnt out in record time. Gone are the days when miners could simply work alone with a single dedicated computer.

Bitcoin mining, in particular, has been the focus of a lot of this criticism regarding energy cost, with 65% of their miners based in China. This country predominantly uses coal as its main source of energy (Reiff, 2019). This has increased emissions in the country and large amounts of electronic waste, as electrical equipment is less expensive.

Proof of Work Versus Proof of Stake

Not all cryptocurrencies mine in the same way. Bitcoin and Ether, along with many other coins, mine using the very energy hungry process for solving problems known as 'proof of work.' However, many currencies, particularly newer ones, adopt a different method known as 'proof of stake'. This system places more of an emphasis on ownership of coins than the ability of a miner to come up with solutions first. 'Proof of stake' gives more control and power to the miners who hold the most coins, meaning less competition to solve these solutions, and less energy is used as a result. In other words, the more they own, the more they can mine, so the incentive is taken away from high energy consumption and more on collecting coins.

Because of these concerns, many currencies are also looking at using renewable energy sources to fuel their networks while maintaining the essential elements of decentralization and peer-to-peer technology that are fundamental to their nature. Currencies such as Cardona, Stellar, XRP, and IOTA all use 'green energy,' which is vital to show that cryptocurrencies can adapt for the future.

If you enjoyed this piece, feel free to subscribe to me or read other crypto stories in this series here and here.

And, if you're feeling fancy, you can even leave me a tip.

More stories from Caroline Egan and writers in The Chain and other communities.