How to Buy a Brassier

by Victoria Kert 2 years ago in tips

The varieties of bras available and their practical uses. 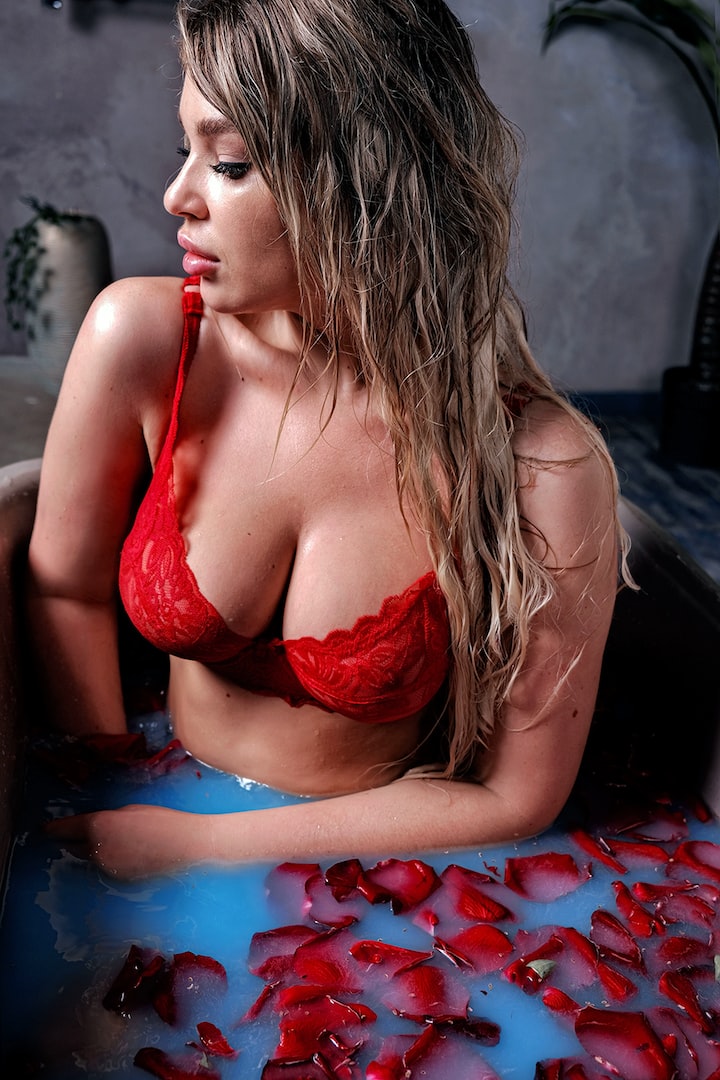 Photo by Анна Хазова on Unsplash

I sat, back straight, eyes focused, legs crossed, tightly concealing my myself. The ad in front of me was chic, simple, almost elegant. A woman stared at me provocatively through heavy eyeliner and what could only be fake lashes, her lips were slightly pouted and her hair hung in exotic waves, dark against her bare skin. She was showing off the sheer-lace-satin-silk, beaded black undergarments that barely covered her at all. The panties were decorated with a tiny bow in the front and delicately finished with a white bead in the center of the bow, which I thought was cute, a perfectly wrapped present that one could buy for oneself, specifically to be enjoyed by someone else. I crossed my legs tighter. Someone had had the genius to add sheer portions just outside the carefully placed triangular silk-satin strip that even RuPaul, in all her gorgeous, glorious, clever ability, could not conceal herself.

I began to study the brassiere of the woman, whose chest seemed to burst out of the page and onto my lap. The shape was perfectly round, lifted from the bottom, and from the sides to meet at the center, breasts both kissing each other. It was a push-up bra. The bra was made in the same style as the panties. In the center was a bow to match. At that, I wondered why the designer had not put a bow at the center of each breast, seeing as the prize is what the bra is supporting and not the bra itself. I agreed with the overall notion that since there is no known necessity to wear a bra, it is only right to indulge in silk-satin, bowed, and beaded lace. More importantly, if something so unnecessary is going to increase the chances of breast cancer it is only fitting that there are some delicious and delectable options to consume.

The ad seemed to be promising me that my mother laden breasts would scream sexy and explode at the neckline of my shirt as if they were filled fat with milk. I looked down at what I now deemed as insufficient and deflated. I immediately yearned for the luring promise of the advertisement. My hands migrated to my own cleavage. I pushed together my scarcities, forcing them to kiss, mimicking the woman on the page. But, alas, they would not stay that way, which led me to conclude that there was only one solution for the problem I never knew I had had until coming across what breasts are supposed to look like. I had to purchase this magical brassiere. I immediately uncrossed my legs and set off to the mall.

Like all matters concerning making a practical decision, it is important that we have a distinct notion about what we want. In the case of purchasing a brassiere, we must first know what it is that we have. The god-given makeup of each woman, individual unto herself, color, firmness, and shape, can all be categorized into band and cup size. Just as all thoughts concerning women can be summarized by the knowledge that women are made for man, by god, in one creation story out of dirt and in the other out of Adam's rib. As I browsed the undergarment section of Victoria's Secret, I found an unmentionable amount of strings, straps, lace artifacts, and shiny dangling pieces that needed a good lawyer to be called garments at all. These items would hardly cover my boney hand, let alone my overweight rear end.

I transferred my attentions to the bras. I found the cup size AA for the poor, unfortunate Miss or Madame that was so doomed by the gods to hate herself for never being able to compare with the busty model brimming with silicone, smiling suggestively, with a good view of her ribs depicting a healthy drug habit, or a strong sense of determination to only eat one grape a day. Then there was A, then B, C, then D, and DD. DD for the goddesses that walked the earth, endowed like a man with a large penis, confident beyond repose. Surely these women bought bras made of pure gold, embedded with diamonds and rubies, chips of emeralds, and precious articles so rare that you would have to cross the universe to find them, or maybe they would just purchase Victoria's Secret's diamond bra. I shuddered with envy and muttered a curse against my ancestors for not being naturally selected to be bigger breasted. I was merely a B cup. But, on the sunny side, I was on my way to having a chest that spelled the ornate details of sex and burst into crescent moons like a baby's bottom flashing above the brim of my shirt.

I knew my cup size and my bandwidth. I had a starting point. I felt confident that I would be able to purchase my miracle brassiere within minutes, after which I would immediately slip it on and feel its magnificent effects. I fingered through each bra on the shiny, metal racks. As I took a closer look, my confidence of ever leaving Victoria's Secret faded. There were silk bras for those who could not afford a full kimono, satin for those who could not afford silk, lace bras for women who liked a delicate design for their delicates, and cotton, the fabric of our lives. There were completely sheer bras, which I assumed were for the more daring woman, who enjoyed having her nipples exposed. I saw neon-colored bras that must be for those into neon sign advertising. I found bras stuffed with fluff for the woman who wanted to grow up to be a stuffed toy, like the little girl who sees her beloved rag doll and wishes to be just like her. There were bras padded with bags of water for the mermaid, my favorite Disney cartoon as a child, though her chest was rather small now that I recall. There was silicon for the Barbie, the ideal shape that every Western woman wishes to possess. And push-ups.

I had finally come to the push-ups. Perfectly padded for maximum lift, these bras were surely the ones that would live up to their promise. I saw the bra from the advertisement and decided that black was too simple and I didn't want to be a package with a bow. Instead, I selected a satin, leopard printed brassiere filled with silicone for authenticity and additional warmth in the winter.

More stories from Victoria Kert and writers in Styled and other communities.