A woman who loves to wear high heels

by Egg Lemmon 2 months ago in women / footwear
Report Story 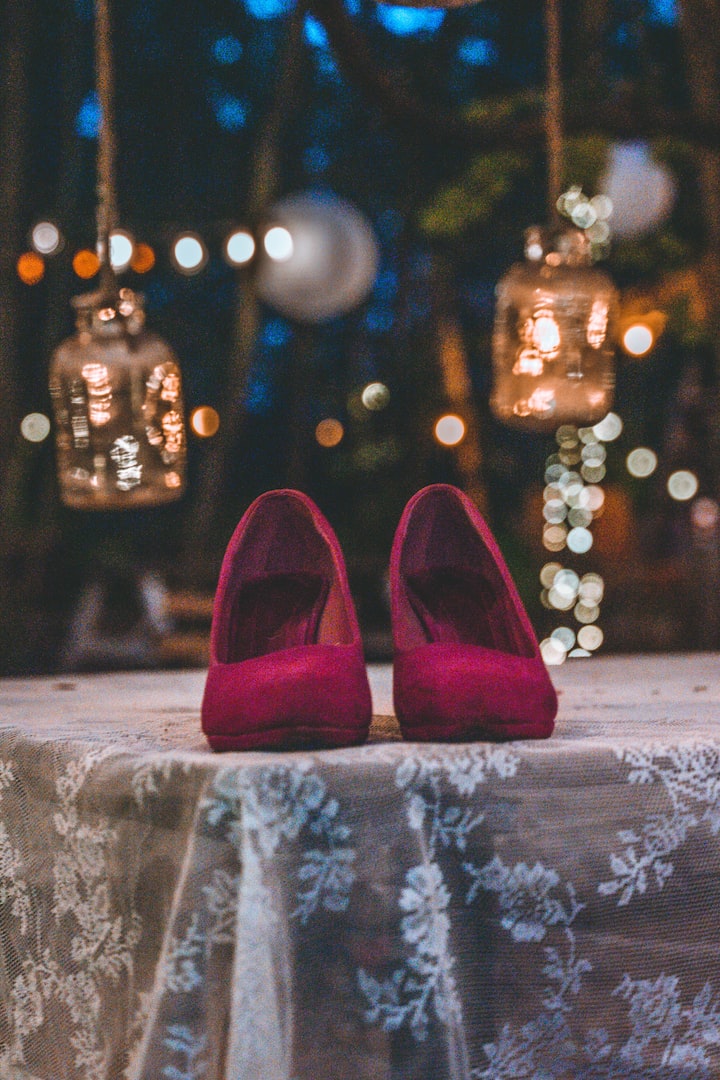 She was a glance at the pair of red crystal high heels as if she was looking at the bank's unit.

When trying on the shoes, she found that the heel of the shoes was very hard and did not feel very comfortable. However, she liked the color and style of the shoes very much and felt that she looked like a new person wearing the shoes, so she bought them without any ambiguity.

She was born not to like numbers, so when she took the university entrance exam she enrolled in a teacher training college, studying Chinese language and literature. She should have gone to school to become a language teacher, but she wanted to work in a bank, where she thought the work was easy and well-paid. It so happened that her father's classmate was a bank president, so she didn't have to make much effort to make her dream come true.

After she went to work in the bank, she realized that the work in the bank is not easy and the treatment is not as good as people say. She had to deal with numbers every day, which gave her a big headache. Sometimes, she had to look at a simple number several times before she was comfortable with it, which made doing business very slow. In the beginning, because she was a novice, customers could still understand. But a few months down the road, she still has not much progress, often colleagues do a few single businesses, and she is still doing that single business, which makes those queuing customers very dissatisfied, someone directly accused her: no diamond why to take the porcelain work! Said her face a burst of red a white, nervous forehead full of sweat. She had thought of giving up, but such a good job to give up is a pity. And once you give up, and then want to enter the bank, I'm afraid it is more difficult than the sky. So she cheered herself up, everything is difficult at the beginning, everyone has to experience, and as long as some diligence, the future will be good.

The workplace is not too far from home, she walked to work every day. That day, she put on her crystal high heels with great enthusiasm to go to work, just a few steps, she felt the shoes rubbing her feet, she insisted for 5 minutes, and then the heel rubbed painfully. She took off the shoes, rubbed her heel, and consoled herself: it's okay, it's fine once you get used to it.

When she got home from work, she found a blister on each of her two heels. She thought, "Although these shoes look good, they don't suit me, so I'd better not wear them tomorrow so that my feet don't suffer. But the next morning, she felt that the crystal heels were too beautiful and she especially wanted to wear them. To prevent her feet from getting hurt, she deliberately put a band-aid on each heel. She bent down and tore the Band-Aid, and found that the blisters on her heels were rotten and the skin was stuck to the torn Band-Aid, exposing the red flesh, which was particularly painful. She wanted to throw away her shoes, but she thought it was a shame to throw away such beautiful shoes. She thought, "Hold on a little longer, and when the shoes are worn loosely, they will not rub the feet.

A week went by, but the shoes still rubbed her feet, and often the heels were bloodied. Once, she cried, but after drying her tears, she gave her feet to the crystal shoes without any hesitation.

She felt so unlucky that she could not do her favorite job, and her favorite shoes rubbed her feet, and every time she thought of these things, she had a headache. She wanted to throw away her shoes, quit her job, and run barefoot under the blue sky, shouting at the sky: To hell with banks and crystal shoes! But she was just thinking about it, and deep down she didn't want to change the status quo.

She was so conflicted and miserable, not knowing when such a life would end.

Once she did a single withdrawal business, the customer urged her to hurry up, and in a panic, she even saw 1000 yuan as 10000 yuan. At the end of the shift, the supervisor discovered the mistake. She was shocked and overwhelmed. The supervisor told her to hurry up and call the customer to recover the $9,000. She called the customer over and over again, but there was no answer on the other side of the phone. She had no choice but to go to the door to recover the money, but she got a "closed door". She felt very aggrieved and tearfully told the supervisor that she did not want to chase the 9,000 yuan, out of their own pockets to make up for it. The supervisor said, according to the rules, first reported, tomorrow to continue to recover, really can not be reported again, and finally see how to deal with the head office. God, so troublesome, she froze there, half a day did not come back to mind.

That day, to recover the money, her heel was worn to a bloody, heart-wrenching pain. She held her foot and couldn't stop crying out loud. She cried and cursed herself: You are a pig, you know these crystal high heels do not fit your feet, why do you make your feet suffer? She suddenly grabbed the shoes and threw them into the garbage. She took a long breath and felt refreshed, then she went to the office, sat down at the desk, and resolutely wrote down the words "resignation report".

More stories from Egg Lemmon and writers in Styled and other communities.