by Eve Berkovich 13 days ago in fact or fiction

My Office Job with The Army 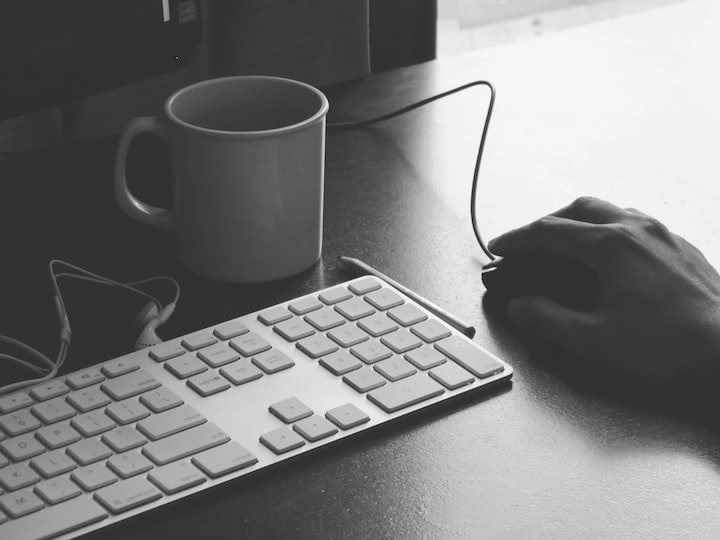 On my first date with Mallory, I prayed that she wouldn’t ask me about what I did for a living.

The woman eating California rolls across from me that night six months ago was the only local gay girl left for me to date. Seriously, I swiped right on all eight of them. I looked into Mallory’s eyes as she waited for my answer. Finally, I began my speech.

“Well, I came out to my parents right before I graduated from college, and they told me not to come back to their house. It seems like every job requires a Master’s, so for me, finding something that paid a respectable wage was impossible. I saw some good stuff about working for the Army, and I thought it was all just guns on the battlefield, but there’s a lot you can do. I’m an administrative assistant, so I don’t have any guns in my cubicle.”

That one made her laugh.

“I didn’t realize that they had those kinds of jobs, but I guess it makes sense! Do you like it?” She looked interested. Maybe she thought it was hot.

“It’s not too bad! I just read stuff, mail stuff, email stuff, make coffee for my boss, you know. It’s just like a regular job. When I was looking for a job, I read some reviews online that said it was a really supportive and friendly workplace, so that sounded good to me. It puts food on the table, and it’s nice to go home at night, you know.”

I look back on that date and remember when it really did mean a lot to me when I started working with the Army. I was fresh out of college, with nowhere to go until I could find a job that would pay me at least enough to break even. What I actually needed was to feel valuable. If my parents didn’t accept me, then I must have been a terrible person in some way that I didn’t understand. So, I would always notice military recruiters at school or ads on the internet, and I realized I wanted to be a part of something like that. I wanted to protect our country-- I could see myself believing that it was my home.

Anyway, clearly at this point in our date, my attention was drifting away. I remember looking at Mallory’s blue eyes and her gorgeous smile, terrified by how different I am. We were opposites, black and white! I was stressed about the racial dynamics of our emerging relationship in the middle of our first date. I felt like a lot was at stake, and all I could think about was how scared I was that I’d blow it.

Mallory brought me back. “Isn’t the military homophobic or, like, problematic in some way? Like, the Don’t Ask Don’t Tell thing?”

“Oh, no, that’s not a thing anymore. They’re getting really progressive, actually. I think they have special LGBT recruitment stuff. Anyway, enough about me…”

Mallory liked me enough to keep me around. Right now, six months later, I’m laying beside her, listening to her endearingly loud snoring. Every night, I feel her fall asleep in my arms. Eventually, I fall asleep too.

I haven’t slept through the night in a while, though. Tonight, I wake up terrified, coming out of a nightmare I didn’t know I was having. As I catch my breath, I feel a border forming between Mallory and me, between her peaceful snoring and my desperate gasping for air. She needs her sleep, so I release her from my arms and get out of bed.

I go out to the backyard to begin my nightly ritual. First, I reach into the soil of Mallory’s garden to dig out my latest pack of cigarettes. Mallory doesn’t know I smoke, and it’s quieter if I have them ready for me out there. I buried this pack two days ago, and there are exactly seven cigs left for me tonight. I sit on the grass and light #1.

Do you know that ethics question about the button? If you push the button, you get a billion dollars, but you also kill one person. It could be anyone in the whole world. You’d never see the person die; you wouldn’t even know who it was. Would you push the button? Maybe, you would; you’d take the money and make yourself forget about its true cost. If you’re a good person, though, you’d choose the option that doesn’t involve ending a human life. You’d walk away.

I know they’d kill me too, if I was out there... I light #2. So much of me deviates from what is truly American, even though I was born on this soil. Black lesbian, two words alone make up my public definition. My cubicle is what saves me, along with my service to this country and my loyalty and my patriotism and my American pride. I’m a true citizen now, or so I need to think. I need to believe that I got what the Army promised and took the opportunities that they gave me in my time of need.

I don’t want Mallory to know what I do. I need her to think that I really am a self-made billionaire, happy in my role because it makes me feel so valuable and important. I feel like I’m making a really big impact on our country’s efforts to maintain our freedom. I sleep through the night.

As I’m lighting #3, I’m thinking about how I have nothing to complain about. I can’t believe that I have night terrors. Why am I so tense? What is wrong with my brain? I hate myself for feeling like this; I’m as sheltered as anyone can be in the Army. I’m embarrassed when people touch my hair at work, but if I were a soldier, they’d cut it off. Sometimes my boss stands behind me and puts his hands on my shoulders as he gives me my next assignment. On the battlefield, he would rape me. My life is not at risk under these fluorescent lights, but if I were killed in combat, I don’t know if my body would make it back to this country. I’m lighting #4.

There’s this woman at work, the original black-lesbian token, Naomi. She’s 30 years older than me, and she was a real veteran-- out there. For years. And the most interesting thing about Naomi is the rigidity that her joyful laugh conceals quite well. She’s always doing nice things for people. Last week, she volunteered to get some bagels for everyone during her lunch break.

I want to know if Naomi smokes a cig in her car on her way to perform whatever generous act of kindness makes her feel real that day. Is it possible for her to forget and to smile again? I don’t know what she did out there, but I can picture, at least, what she saw. We see it here all the time, photos of the savage enemies in deserts, clashing with the power and technology of a true civilization. I look too closely at those photos, imagining which people from last month’s papers might still be alive. I don’t think Naomi would be here if she had learned their names out there.

I start #5. I take a drag, then exhale; I like to watch the smoke rise whenever I’m trying to forget something. Work tomorrow. Every morning, my boss comes in and greets me with a smile, and I always smile back. Sometimes, he even gives me a little wink after he demands his morning coffee, “black.” I try to believe that all of this is pleasant; I can’t take much more on top of what haunts me with every move I make. In the kitchen, I put in a new coffee filter and push the button. #6. I watch the coffee drip into my boss’s favorite mug, #1 Dad, and I try to focus on its aroma or something… I still can’t stop thinking about how the caffeine in this cup is a chemical weapon fueling his efforts to kill. Every fucking morning, I’m stuck in this plastic office that we maintain with our smiles. But I keep pushing the button because I’m weak and this safety is blinding and paralyzing-- it protects me from reality. I think about leaving all the time, but I have nothing else. I don’t know how to do anything else anymore. Honestly, I don’t know how I could survive out there after being in here. I try to convince myself that I really am paralyzed, and when I do believe, I praise God for sealing my fate.

I light my last cig, #7. I savor this time out here, sitting on the steps of Mallory’s deck in the middle of the night. I imagine that I’m the only one in the entire world who’s awake, alone in space and time. I choose to believe that I can breathe here. Those whom I’ve slaughtered had no such choice. Out here, I can only hope that even just one life is saved every time I finish a cig.

See all posts by Eve Berkovich →