by Michael Trigg about a year ago in history
Report Story 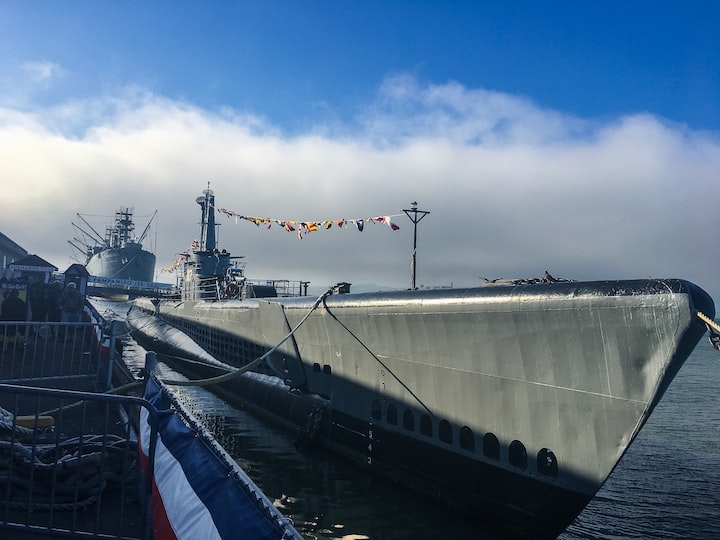 Photo by Thomas Haas on Unsplash

I was born in 1943 during World War II in New Zealand. During this war, New Zealand lost eleven thousand, six hundred and twenty men, killed in action. One of them was a third cousin of my father. His name was Lloyd Allan Trigg, a bomber pilot and was the only Allied serviceman to be posthumously awarded the Victoria Cross based on the evidence of an enemy combatant in the second world war.

He was born in 1914 and at the age of 18, joined the New Zealand Royal Airforce. After completing basic training, he was selected for pilot training and went on to become a qualified pilot. When World War II was declared, Lloyd and his aircrew were sent to Canada where they completed bomber training at an airforce base in Ontario. The crew were then attached to the Royal Air Force 200th Squadron and deployed to North Africa.

Flying Officer Trigg and his crew were assigned to a B24 Liberator aircraft. Their duty was to search for enemy vessels in the Atlantic Ocean, off the coast of West Africa. On August 11, 1943, they sighted a German UBoat on the surface, recharging its batteries. The Liberator attacked the submarine but sustained considerable fire from the sub’s anti-aircraft gun. Even though the bomber was badly damaged, the crew maintained their attack and dropped six depth charges, straddling the submarine.

On the final approach before the submarine sank, the Liberator was hit again and crashed into the Atlantic, killing Flying Officer Trigg and his seven crew members instantly. The U-boat captain, Commander Klemens Schamong, was picked up along with six surviving German crew members the next day. They were eventually transported to Canada where they spent the remainder of the war in a POW camp in Alberta. After the war was over, four of the survivors decided to stay in Canada according to an unverified report.

A few years ago during a family dinner around the time of Remembrance Day, I had relayed this story to my kids. My eldest son Ryan decided to look further into the incident and eventually came up with contact information for a family named Schamong in Keil, Germany. He contacted the family and was amazed to discover that Klemens Schamong, the commander of the Uboat was still alive at the age of 99.

Around this time, my wife and I were planning our trip to Germany. Ryan had advised the Schamong family contact of his parent’s travel plans and they replied asking if we were interested in visiting them. As the town of Keil was on the way to Sweden and Denmark where we planning on also visiting, we replied yes. Our German trip included a few days in Hamburg and a few days in Lubek where relatives by marriage lived. There, we rented a car and drove to the little village of Kellinghusen where my great grandfather was born. We spent a day and a night there and then drove through to Keil, where John, the son of Klemens picked us up at the Keil train station where we dropped off the rental car.

He took us back to his house where we met his delightful wife and one of their sons. After a hearty German lunch, they gave us a tour of Keil and then took us out for the rest of the afternoon on their sailboat for a sail on the harbor and surrounding waters. We had planned on finding a B&B in Keil but the Schmong’s insisted we stay the night at their home. That evening we had a wonderful German dinner followed by beer and schnapps and then walked down to the harbor to enjoy the festivities of the world-famous Keiler Woche. We also talked and reflected on the serendipitous series of events that had bought us together. Unfortunately, we did not get to meet Klemens as he had lost his wife a week before we arrived and was not in good health. We have kept in touch with the Schmong family and they connected with us late last year to tell us that Klemens had passed away.

Klemens Schamong was the reason my cousin received the Victoria Cross. He testified to Lloyd Trigg’s bravery under fire before an Allied Forces tribunal. As a result of this testimony, the Victoria Cross was posthumously awarded to Flying Officer Trigg’s widow by the Governor-General of New Zealand, Sir C. Newell, on May 28, 1944.

I love writing and I think it shows in my posts. I also enjoy feedback, particularly of the constructive kind. Some people think I am past my "best before date" but if that is true, it just means I have matured.

More stories from Michael Trigg and writers in Serve and other communities.