by Mickey Markoff about a year ago in veteran 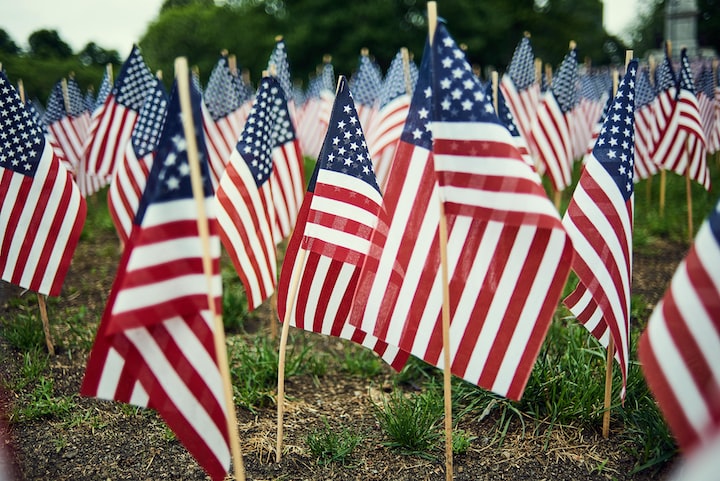 Photo by Valentino Funghi on Unsplash

What do you think of when you hear the phrase ‘Memorial Day’? Chances are good that images of holiday sales, new mattresses, and cookouts may come to mind. Mickey Markoff, executive producer of the air and sea shows across South Florida, wants to change that.

Most companies in the United States don’t miss out on any opportunity to capitalize on a holiday. From President’s Day to Veteran’s Day, blowout sales and store-wide discounts are sure to abound. There is, of course, nothing wrong with this approach, but remembering the true spirit of a day is important, too. It can be easy for some people to forget the true meaning of the day in the process of shopping for the latest gadget.

Memorial Day is an important one in United States history. While its origin story is a source of contention for some, most agree its significance. Memorial Day is considered a federal holiday in the United States, and is set aside to honor our brave service members who made the ultimate sacrifice during their military duties. Many choose to mourn those who have died by visiting memorial locations or national cemeteries, while others may choose to honor the departed and the day differently.

To Mickey Markoff, Memorial Day is an opportunity to remember those who have served with reverence. It is a day to honor those who have valiantly served our great country in pursuit of protecting our nation’s liberties.

“There is no better time than Memorial Day Weekend to pay tribute to our Military, first responders, and those that have paid the ultimate sacrifice on behalf of our freedom” — Mickey Markoff

The air and sea shows Markoff has helped to organize throughout the years is a testament to his mission. The upcoming Hyundai Air and Sea Show, “A National Salute to America’s Heroes”, is set to debut Memorial Day weekend, and will be a tribute to our nation’s heroes.

With an exposition from all five branches of the United States Military (Army, Navy, Air Force, Marines, Coast Guard), as well as a presence of first responders, firefighters, and police force, it is a tribute to them all. As well as our nation’s fallen soldiers.

The Air and Sea Show will include precision exercises, fly-bys, military displays, and more. The event is not only meant to entertain, but to educate, and commemorate the sacrifices our brave Americans have made serving the nation. The 2020 event was originally cancelled due to the coronavirus; however, Markoff and his team helped pivot the event with a Blue Angels fly-over to honor the frontline workers, first responders, and heroes fighting the pandemic.

The true spirit of Memorial Day is one which should not be forgotten, but held in our memories. Not just on the last weekend in May, but every day of the year. It is this sentiment that fuelled Mickey Markoff’s “Salute 365” initiative, another aspect of his air and sea show organization.

The mission of “Salute 365” is to do just that: “to create awareness of the contributions of all American Heroes, to pay tribute to fallen service men and women by honoring their sacrifice and to support organizations that assist their families”. In 2020, four heroes were selected to win 2020 Hyundai Sonatas as a token of gratitude for their service in helping to fight on the frontlines of the pandemic.

The sacrifices our soldiers have made over the decades have impacted Americans in such a profound way that we are able to reap the benefits on a daily basis. Why not repay their sacrifice by honoring their memory? Mickey Markoff’s air and sea shows have done just that, and will continue to do so in the upcoming Memorial Day Weekend.

Mickey Markoff is best-known as an executive producer of the Air and Sea Show. Markoff is also President of MDM Group, an innovative South Florida firm that develops effective multidimensional marketing campaigns.

Mickey Markoff is best known as an airshow producer of the Air and Sea shows in S. Florida. He is also President of MDM Group, an innovative marketing firm. Markoff is EIC of the publication "Warrior Stories".

More stories from Mickey Markoff and writers in Serve and other communities.