9 Navy SEAL Quotes That Are More Than Just Quotes

They are a way of life 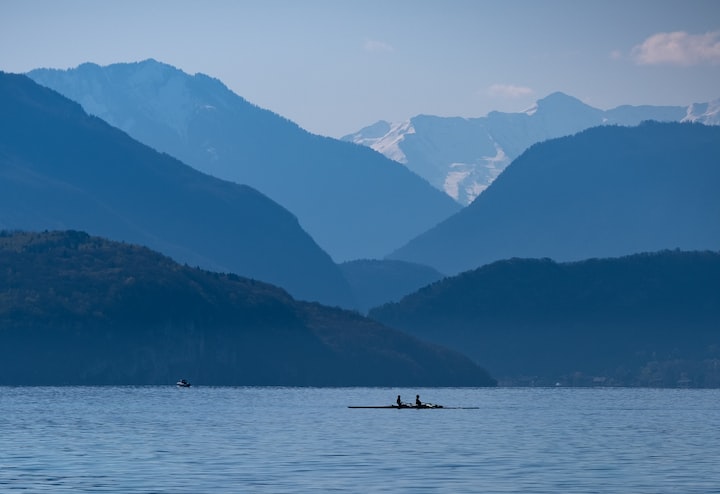 Photo by Robin GAILLOT-DREVON on Unsplash

Being a NAVY Seal has to be one of the most hardcore jobs there is. It’s hard to even imagine what they have to do, see, and process on a daily basis. If they didn’t have ways to self-regulate, stay calm, and keep focused right there in the moment when they needed it most, they’d be screwed.

So, what they repeatedly think and say to themselves and to each other on a daily basis (on a moment-to-moment basis!) is of utmost importance. It can literally be a matter of life or death.

Below are 9 inspiring quotes that come directly from the NAVY Seals themselves. However, they’re more than just quotes, they are a way of life. They have been adapted to a way of living and moving through the world that has undoubtedly been a huge part of their success.

Not everyone will or can become a NAVY Seal or anything close to becoming one for that matter, but anyone can think and act like one. So, here goes.

1. Slow is smooth and smooth is fast

Smooth isn’t just an action. Smooth is a way of being.

This has become their mantra and it works on the principle that sometimes less is more. The classic tale of the tortoise and the hare is a fantastic example of this too, even if it’s only fictional.

What it shows is that small, smooth, consistent steps forward often win the race in the end. So, even when things are swirling and twirling and moving faster than expected, the center of their being remains extremely still. Perhaps this is what sets a NAVY Seal apart from the rest of the pack.

2. There are only two ways to do something … the right way, and again

If a particular task is worth your time and energy, then it’s worth doing it correctly. And if the process is valued as much, if not more, than the outcome then there will never be a wrong way, there will only be another way.

After all, if an experience creates an opportunity to learn and grow — how could it ever be wrong? And when there is no “wrong” way, suddenly there’s more freedom to explore.

3. It’s mind over matter, so if I don’t mind, then it doesn’t matter

They mean this literally!

Or As Robin Sharma once put it, “What you focus on grows, what you think about expands, what you dwell upon determines your destiny.”

Or as the Buddha simply said, “what we think, we become.”

The power of thoughts has recently been recognized as a guiding force in creating reality. Stress has been correlated to a wide range of health conditions such as anxiety, nervous breakdowns, and heart failure in more recent years too, showing that what we think, say, and do affects our entire physical reality, starting in the body.

The NAVY Seals simply choose not to think about “it”. That way, any negativity doesn’t have the room to grow and expand into a reality they don’t want to see but the one they do want gets focused on instead.

Positive thinking is a way of life.

James Allen, author of As a Man Thinketh, once said, “circumstance does not make the man, it reveals him.”

We have a finite number of days here on Earth. No one’s getting out of here alive. If you live to 80 years old, for example, you get a total of 29,220 days. As unromantic as it sounds, everyone gets a number and it’s not all that much.

Some days might feel long, some moments might even feel excruciatingly eternal but soon enough we’ll be gone for good, just the same way footprints disappear in the sand.

So, even when there are thick black clouds overhead and storms erupting all around and inside, hold on and remember that clear blue skies are never too far away.

This follows on beautifully from the previous quote above.

It came about after one of their now-infamous missions had the Navy SEALs out at sea in the middle of a huge storm. As the storm raged all around them, the sailors on board had to grab on to anything sturdy, strong, and reliable as a means to survive while the captain had to stay true to his course even though he couldn’t see where he was going. There were no stars for him to navigate by or anything close to a landmass that he could use as a reference. All there were a few pieces of metal to hold onto and a compass to trust.

Hold fast, stay true reminds me that life can be swirling around me but if I trust the tools I have at hand and keep a calm center, I can navigate even the most difficult of situations.

6. If you’re gonna be stupid, you better be hard

The NAVY Seals take hard to mean all manner of things but what I’m most impressed by is their ability for emotional resilience. They seem to have a superpower to compartmentalize and self-regulate their emotions like no other.

However, simply owning up to our mistakes and learning from them is the emotional hardness the NAVY Seals seem to have cracked.

The bottom line is this: accept responsibility for your actions and own up to your mistakes. Be strong enough to be wrong.

It’s not what you do, it’s how you do it. Or as an unknown author once wrote, “pain is a part of life, suffering is optional.” Another one wrote, “Everything sucks, some of the time.”

We can’t control what goes on outside ourselves, all we can control is how we respond. The way we respond to any given situation is everything. It’s perhaps what defines a person’s life, or certainly their personality.

By getting on with tasks that are not so favorable with an accepting heart, an opportunity is created to do it in peace. You don’t have to like what you’re doing, but you can certainly choose how you feel while you’re doing it.

8. We’re not going to stop until we get at least one quitter

Training, learning, and improvement never stop. There is no “end-state,” only a “next-state.” You can’t quit this beautiful game and once you accept that, most of the frustrations in life seem to fade away.

There is nothing to quit, there are only things to learn and grow from. Or as Osho once put it — “There is nowhere to go, nothing to do, and no one to become.”

“Many of life’s failures are people who did realise how close they were to success when they gave up.” — Thomas Edison

Having said all that…

Of course, there’s a shelf life to everything, especially being all in, all of the time. Improvement in anything requires the self-awareness to know when to dig deep and push forward and when to pause, take stock, and change direction.

Changing course isn’t a sign of weakness, it’s a sign of discernment. And discernment is a beautiful skill to nurture. Sometimes, not winning points you in a direction where success awaits. If your inner compass is re-directing you onto a new course, have the courage to follow your intuition, even if it doesn’t make too much sense at the moment.

More stories from Andy Murphy and writers in Serve and other communities.