3 Obscure Novels of the World Wars

by Annie Kapur 3 months ago in book reviews 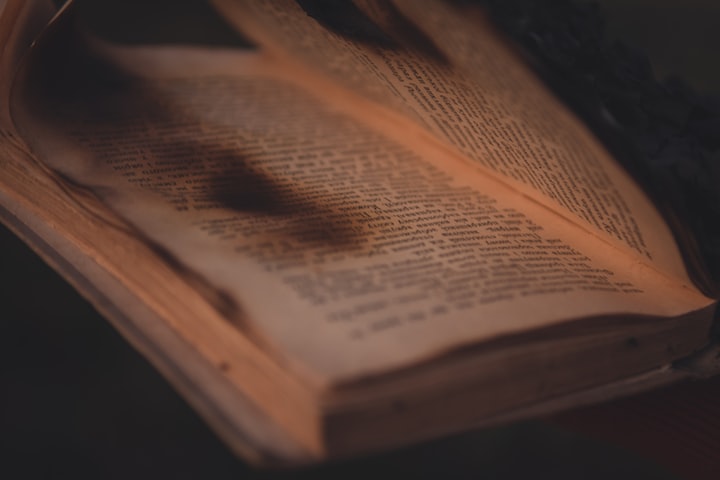 Some of the most turbulent times in modern history have been the world wars lasting from 1914 through to 1918 and then again from 1939 through to 1945. Many authors have written novels set in or about this time - both fiction and non-fiction. Some of the most famous including "The Book Thief" by Marcus Zusack (fiction), "Diary of a Young Girl" by Anne Frank (non-fiction) and even "All Quiet on the Western Front" by EM Remarque (semi-autobiographical).

During these years, everything from the hopeful, but dark 1920s to the depression, death and solitude of the 1930s was published as part of the 'war time years' as they too, had the themes most commonly associated with the false hope of homecoming and illusion of safety. Almost all of them seem to condemn the act of war altogether. Ever since the very beginning of World War One all the way to our own day today, books about, set or based on the war time have become some of the greatest novels of the 20th century.

We have heard the usual stories though. The recent edited stories of war entitled "War Stories" published by Vintage Random House by Sebastian Faulks ("Birdsong") was so graphic that even I had to put it down as my stomach was turning and I needed to throw up. We have heard the broken love stories and the violent stories of PTSD that have become so imprinted on to the social conscience that it is difficult to not think about it. We have seen the non-fiction writings of Jewish Prisoners who were subjected to some of the most horrific atrocities known to man. But there are more obscure novels that I am not sure that you have read.

I have never met anyone who has read all three of these, though one of them is slightly more famous than the other two. I would really love it if you considered these books in your own war story reading.

They are in no particular order.

3 Obscure Novels of the World Wars

A Memoir of the Warsaw Uprising by Miron Białoszewski (1970)

A poet who wrote a non-fiction novel about their own experiences during the Warsaw Uprising of 1944 as the Soviet Forces closed in on the border of the city as the Polish people rose against five years of Nazi German occupation. A brilliant sense of insane urgency and emergency, the book is a depiction of truth that does not allow the mind or body to rest. It will leave you absolutely exhausted from start to finish. Mass executions, bullets flying and the destruction of an entire people - this book is one of the most realistic books I have read from that time and place. It is absolutely mind-blowing.

Set in the late 1920s in the court of Stalin, in the wake of the Great Terror and the Revolution - this Russian-based masterpiece critiques the ironic grandeur of the Kremlin post-revolution. From the suited and booted bureaucrats all the way through to the exiled but powerful Trotsky. From the feeling of impending doom all the way to the metaphor of rotting meat. From the ballerinas to the courtroom beauties. This book covers the irony, post-modernism and all around nightmare of this growing Russian Court in a way from the inside that you never knew was possible. A black comedy, it is both kind of ironically funny and yet very, very worrying for the Russian people.

Augustine is a rich man from a Welsh family and grows up in the 1920s. He has seen the war already and, after being accused of an accomplice to murder - he goes and hides in a Bavarian castle. His love for Mitzi grows as he also discovers this new political movement of German Fascism. Known mainly for its impeccable use of language, this book almost made me shiver with its terrifyingly climactic portrait of the Munich Putsch in which Augustine gets to see Adolf Hitler. It is a brilliantly written book which is actually part of a trilogy. Be that as it may, on its own it serves as an awe-inspiring lesson of what happens when one is on the wrong side of history.