The Worst Cocktails Ever Invented

by C.C. Curtis about a year ago in list

No matter how adventurous you are, there is no reason you should dabble with the worst cocktails ever created.

When you are at the bar, you are probably there to either celebrate a good time, or wash away the bad. In either case though, not every drink is a Moscow Mule or Sex on the Beach, and you don’t want to ruin your night mixing the wrong combination of liquids. If you’re feeling a little loose and someone recommends trying one of the worst cocktails ever invented though, there is a good chance you will lose all faith in alcohol, as well as the contents of your stomach. 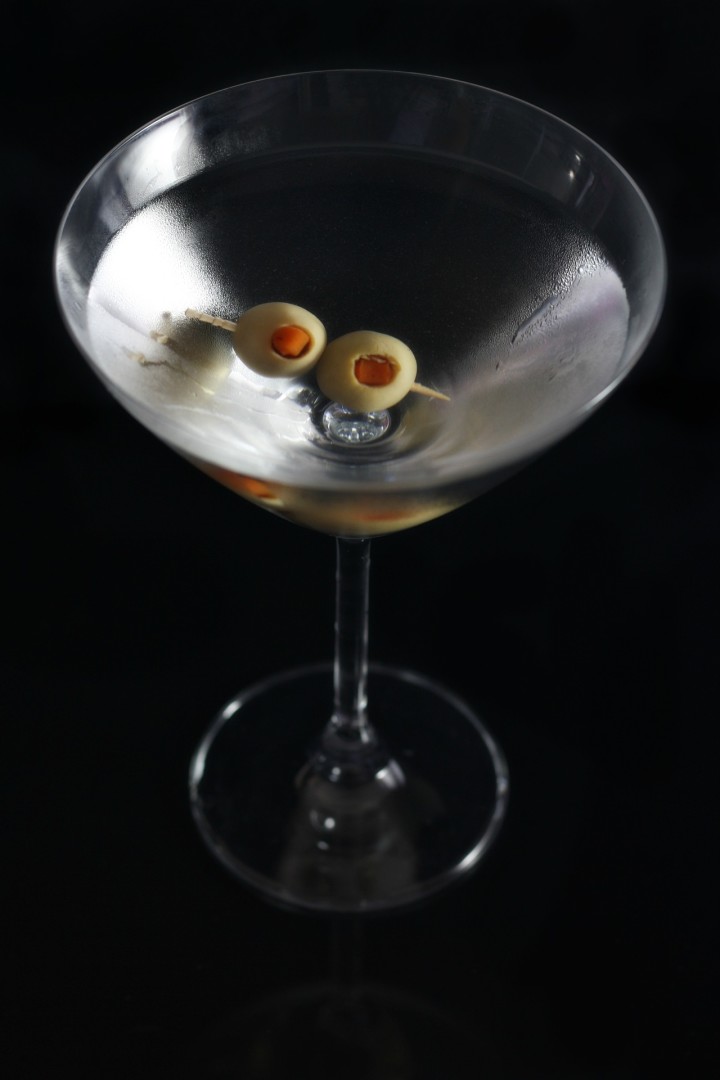 For those who are not aware of its origins, the Extra Dry Martini became a staple in the 80s, when vermouth didn’t have much respect in bars. Bartenders began cutting it out from their cocktails, creating the concept of a dry martini.

So, it’s a Martini without the vermouth; but the question is, "Why?" Undiluted vodka or gin, shaken, and then served chilled in a martini glass might sound good, but it’s not. The vermouth in the traditional Martini is added to dilute the flavors of the alcohol. Without it, this drink is just straight vodka and gin. 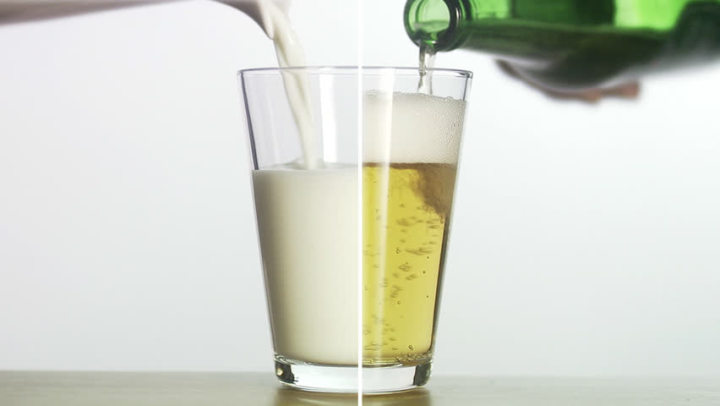 A mix of these two ingredients results in a foamy drink that very closely resembles its namesake, and tastes even worse!

There is a little bit of debate whether this mixture of raw egg yolk, bourbon, pepper, and Tabasco and Worcestershire sauces is any good or not. However, we would just like to come out and say, "Not really."

Sure, those who like their drinks spicy may develop a bit of liking for it, and we get it; but honestly, is it really worth it? As if the impending hangover wasn’t bad enough, the taste of raw egg yolk and spices is sure to multiply your misery tenfold.

The drink also has a close relative called the Prairie Chicken which replaces Tabasco with salt and pepper. While it is a good replacement in many ways, don’t go rushing to try this variation, as it also replaces the original bourbon with gin. Overall, don’t even touch it.

A cocktail of orange juice and Champagne doesn’t sound too bad, does it? Mimosas are popularly considered to be a staple of the “Boozy Brunch,” featuring all-you-can-drink Mimosas. But let's be honest, is your bartender really serving you fancy champagne?

The fact is, the alcohol in your mimosa is probably the least popular, and cheapest, sparkling wine in the bar. Never reaching for these wines otherwise, your bartender is relying on the orange juice to mask the taste of the cheap alcohol.

While a high-end bar might serve you the drink in its true form, expect to face only disappointment with this drink at your local bar. Instead, we suggest opting for the best brunch cocktails, ensuring a quality drink compliments your outing.

Made with tequila, Tabasco sauce, and the brine from a can of Tuna fish, this drink is just outright wrong. If the name doesn’t put you off right away, try and imagine the smell of this concoction as you drink it, and what it would feel like if the drink does not sit well with you after.

Gross, isn’t it? Yeah, we thought so too.

A mix of Bailey’s Irish Cream and lime juice, the worst thing about this drink is its texture. You will be instructed by your ever-friendly bartender to swish this unique blend in your mouth before gulping it down. This is where the magic happens—the black magic, that is.

As you swish the drink in your mouth, you will feel the lime curdles forming up. These will not only be weird and difficult to swallow, but will also stick to your tonsils and molars. In terms of taste, while Bailey’s is great on its own, mixing it with lime juice is unforgivable. There are a number of amazing shooter recipes, just stick with the tried and true.

Once, someone somewhere decided that they wanted a shot that looked like it had a tapeworm floating in it. Imagine a shot of Vodka. Now imagine adding in a sprinkling of pepper, a dash of tobacco, and a big, long squirt of Mayonnaise. Yes, you read that right—Vodka and Mayo.

This cocktail looks gross, smells bad, and tastes even worse. If you still want to try it, do so at your own risk. You have been warned—this shot rightly ranks high up as one of the worst cocktails ever invented. 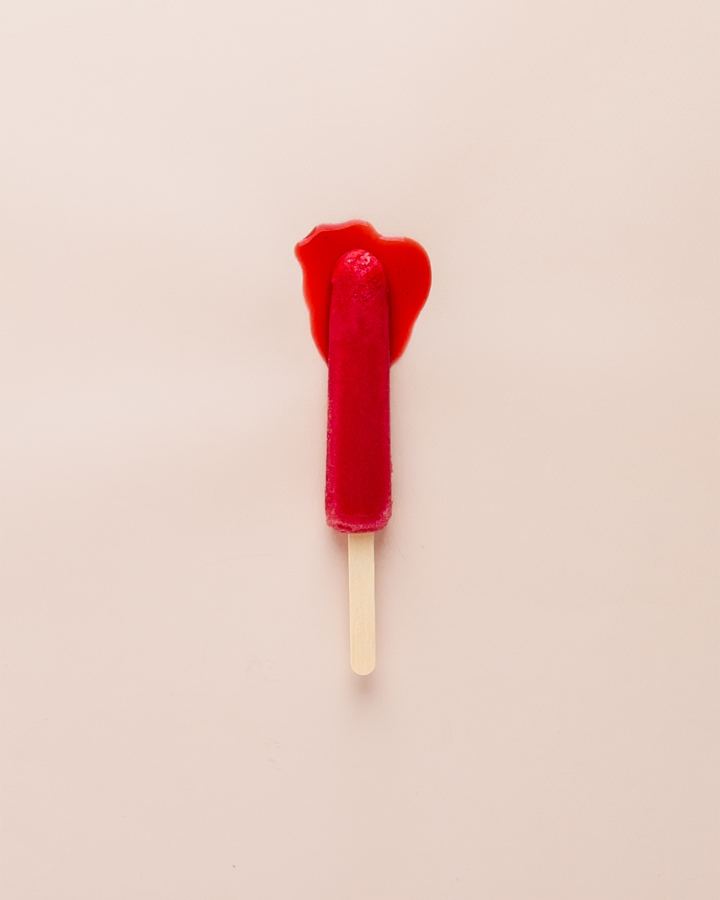 Photo by Erol Ahmed on Unsplash

There are two different recipes for this drink, each using different ingredients and alcohols. Before we continue though, let us be clear: Both drinks are awful. The first recipe calls for whiskey, tequila, vodka, and V8, mixed with lemon juice and Bailey’s Irish Cream.

We have already discussed the awful concoction that Baileys and lime create. This one is only adding up to the misery, as not only does this mix bring the red texture in the drink, but the addition of Bailey’s to it also produce little chunks of the red mess in your mouth. Combine that with the name and texture of the drink, and sooner or later, you are sure to throw it all up.

The second recipe is quite simple, but even more outrageous. Here, tomato juice is mixed with two parts vodka to create a cocktail that looks quite like blood. As if the drink wasn’t bad enough, there is a formality to follow, too. Before you can chug it down, you suck on a tissue paper for about ten seconds which will dry your mouth up.

The dry mouth is supposed to help out with the taste of the drink. Now, we aren’t sure of the logic behind this but we promise you, it doesn’t help.

Bartenders, here's a tip: If you want an intoxicant as bland as this one, merely mix vodka with water, and you’ll be set. This is basically all a dirty vodka martini offers. A mixture of diluted neutral grain spirit and neon-green salt water. That’s it.

People have tried adding different flavors to the drink by incorporating ingredients like bitters, tinctures, and even blue cheese in the olives it's garnished with, but nothing has been enough to salvage this mix.

A mix of Jägermeister and Mayonnaise (do you see a pattern here?), the texture of this drink is supposed to emulate the phlegm that a smoker would cough up. Visually, the glass doesn’t look too bad, but we have already talked about what mayonnaise does to a drink.

This cocktail tastes bad and smells bad. If you thought smoking was nasty, give this one a try. You'll be sure to be disappointed.

Live baby mice are taken shortly after birth, and put (read: drowned) in a jar filled with rice wine, and left to ferment—all before they are old enough to open their eyes.

So hold on, if you thought this wasn’t weird enough, you are wrong. Custom dictates that once you are done with your drink, you must also eat the mice. As far as drinking rituals from around the world are concerned, this one should be thoroughly avoided.

If you still wish to experience these awful drinks, hopefully your stomach will be able to handle it, but we implore you to reconsider your alcoholic adventure and stick to the basics.

Enjoys lounging in NYC bars, loves traveling to foreign countries, and volunteers at the homeless shelter twice a month.

See all posts by C.C. Curtis →