by Katie Dawn about a year ago in vodka
Report Story

a recent experience with Russian vodka 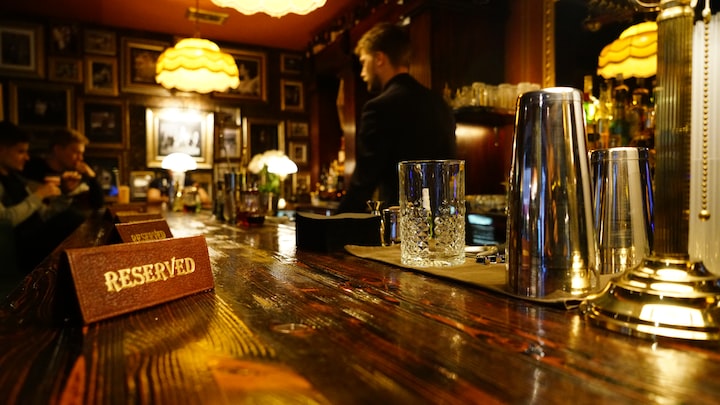 Photo by Dmitri Nesteruk on Unsplash

I like vodka. At least, that's what I always told people. What I really like is Smirnoff Ice -- the vodka coolers. I also like vodka when it's in mixed drinks, not just straight vodka. After the recent experience I had, I don't know if I'll be having vodka in any form for awhile.

(For a little extra context, I'm almost 27 years old and I have maybe one glass/cooler bottle of alcohol a year. I've gone two years without a drink before. I've also been lucky not to have too many of these stories -- maybe because I avoid drinking, who knows.)

My Grandpa passed away over a year ago. He was a collector of many things -- especially books (almost 3,000!). One of his collections, though, happened to be alcohol. He wasn't a heavy drinker -- at least not in his later years; I can't speak for his younger ones -- he just liked to collect unique alcohols.

My Grandpa was a traveller. He travelled for work, for rugby, and just for fun. One of his favourite places he visited was Russia, and he had brought back bottles of vodka from St. Petersburg. As a non-drinker, I knew it was wrong of me to stake claim in any of his alcohol collection ... but I fought for this bottle. I think part of it was because the bottle he gifted to my Dad, my Dad turned around and gave it to my step-mother and/or step-sister without ever asking me if I wanted to try it. (This was before my Grandpa passed, but it still hurt at the time.)

So the bottle I received, I knew I wanted to open it on the one-year anniversary of his passing, November 29th. I saved the bottle, for months ... and then I distracted myself that whole day, trying not to sob from grief, and I completely forgot about it. So then it was the night of the 30th ... and I almost forgot again. My boyfriend had said he would try some of the vodka with me (even though he's not much of a drinker either), so I grabbed a couple glasses, grabbed the bottle, opened it up, and ...

Made the mistake of sniffing it. OMG! I looked at the bottle -- 40% alcohol! (In hindsight, I should've known that -- why did I think it would be less than 20%?) Really glad I did sniff it, before I started pouring. I ended up giving us each what was probably less than a shot glass worth of vodka.

And what did I do? Sipped it. Because I cannot take a shot to save my life. (Are you laughing at me yet? I don't blame you!) My boyfriend handled his vodka so much better than I did -- the guy didn't even flinch! I'm sitting there trying not to throw up, I've already taken 5 sips and probably had another 5 to go. My boyfriend kindly offered to drink the rest for me ... but when he took a drink, he didn' quite finish it. So I did take one more giant sip ... I'm surprised I didn't throw up after that one.

I told my parents this story. My Dad (someone who's watched a bunch of travel and drinking shows) reminded me it would've been much better chilled. My Mom (a former bartender) said it's an alcohol that is meant to be mixed with something else -- which makes sense, remembering my prior experiences with vodka.

Clearly, this is not my area of expertise.

I'll try again in the new year. Maybe for (what would've been) my Grandpa's 76th birthday.

More stories from Katie Dawn and writers in Proof and other communities.