Have you ever lost track of a whole week of your life? Well I have and here's my story. 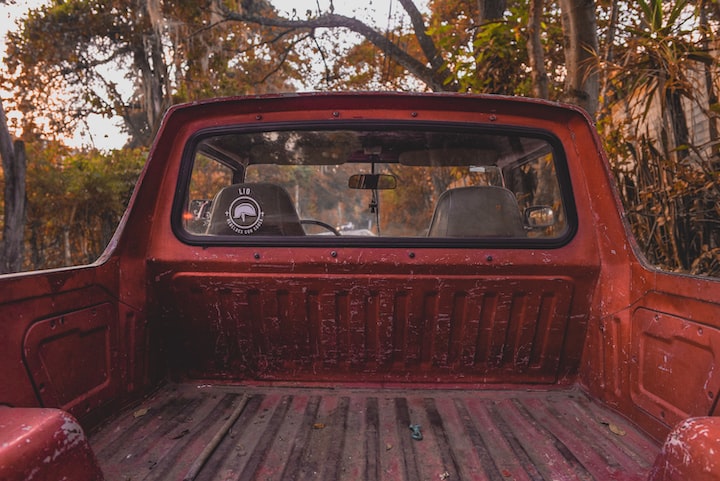 Photo by Manuel Asturias on Unsplash

My head was pounding and I felt as if I'd been hit by a freight train. I was disoriented and I wasn't particularly sure where I was. I looked around and realized that I had been sleeping on my buddy Mark's pool table in his basement. As I looked around the room there were people passed out all over the room. It smelled of whiskey and stale beer combined with the revolting smell of vomit. How did I get here? I thought to myself as I climbed off the pool table and rushed to the bathroom, barely making it before I puked.

I cleaned myself up as best I could and headed upstairs to look for Mark. "What day is it?" I recognized the familiar voice. It was my best friend Cassie. It was then that I decided to check my pockets for my phone. Thank goodness I had my phone. I tapped my screen to check on the date.

"July 22!" I said, not realizing at that moment that Cassie and I had started partying for on my 24th birthday and I couldn't recall anything after the first part of the day.

"How is that even possible" Cassie said as she gagged trying not to get sick. " I don't remember anything, do you?"

I thought to myself, and finally realized that we had started partying on July 12.... How could it be the 22nd already. "Cassie?" I questioned. "I don't remember anything. Its been 10 days! How could we have lost track of 10 whole days" I exclaimed.

"The last thing I remember is Tyler giving us that bottle of Tequila." Cassie mumbled as she came out of the bathroom.

Maybe he remembered what happened.

"I'm going to call him." I said , pulling my phone from my pocket.

I called Tyler and to my disappointment, he hadn't seen me or Cassie since we left his place on my birthday. All he was able to tell me was that Cassie and I were both 10 sheets to the wind drunk when we showed up that night and that he did in fact give me a bottle of tequila as a birthday gift. He laughed as I explained to him that we didn't remember anything at all over the past 10 days. I thanked him for the tequila, while joking that the memory loss was due to the tequila he gave me. We both laughed and I promised to stop by once we were mobile.

"Well that was a dead end." I sighed.

Leave it to Cassie to be concerned about food. I reached in my pocket to find that at least I hadn't lost my truck keys. "I'm sure Tyler will feed you, You aren't the same when you're hungry." I laughed as we headed out the door to get in my truck. Speaking of truck... Where was it?

"DUDE! WHERE IS YOUR TRUCK?" Cassie asked as she slammed back a beer.

"I HAVE NO CLUE!!" I yelled across the driveway. " I'M GOING TO GO LOOK IN THE SHOP! CAN YOU GO FIND MARK?"

"I'LL SEE IF I CAN FIND HIM." Cassie hollered as she ran back into the house.

10 minutes later Cassie and Mark came walking outside. Mark handed me a beer and told me I may want to sit down. My mind flooded with horrible thoughts. I knew I had clearly drove drunk. " Did I crash my truck?" I asked with a look of terror on my face.

"No, just let me explain." Mark said. And so I let him talk.

Mark explained that he and his friend Myles had met up with Cassie and I on the backroads on July 20th and that we were all drunk. All he remembered was that we had parked my truck and jumped in with them and continued to party.

"Okay so long story short, we ran into you guys, I parked my truck somewhere down a random backroad and we have no idea where it is?" I asked, kind of laughed to myself.

"WHAT!" I sarcastically screamed back.

"This is like the best drunk story ever!" Cassie giggled.

I couldn't help but laugh along with her. This was crazy and as upset as I was about losing my truck, this would be a story that I would never forget. Plus at least I knew my truck was safe, wherever it was.

2 days later we were still looking for my truck. We had looked everywhere. We went down every old backroad and goat trail that we could think of and to my dismay. No Truck.

Cassie was still drinking, trying to keep her hangover at bey. "Maybe we should follow the beer cans." Cassie blurted out. And so, that's exactly what we did and as we rounded a bend in the road I caught the flash of chrome way out in the bush.

"STOP!" I yelled. "Hand a right through the bush right there." I demanded.

The path was grown in to the point where you could hardly see it at all. We followed the skinny treed in path and as we came through the thickest part of the bushes, there it was. My truck! My truck was so covered in mud that I still down know how that one little spec of chrome managed to shine through enough for me to spot it, but I was sure glad it did. It was backed into the bush just to the North of the path and aside from the mud, there wasn't a mark on it.

To this day we still haven't been able to put together what we did over those 10 days, but from the stench of stale booze in my truck, the few pictures we had taken and the atrocious hangovers we had, there is no doubt in my mind that we had a great time.

Over the years we have been slowly been finding out more and more about the events of that week, and maybe one day we will be able to paste it all together and find out what really happened.

Till then, it will remain a drunken mystery.

I have always found joy in creative writing, I look forward to sharing my stories with you

More stories from Kayla Kobi and writers in Proof and other communities.