History of the Moscow Mule

by Gary Ayd 3 years ago in alcohol / cocktails / history / vodka

A popular drink since the 1940s, the history of the moscow mule even includes the copper mug it's served in.

The history of alcohol and drinking goes back as far as recorded history, and likely beyond. If there is a substance more intertwined with humanity beyond water and air than booze I can't think of it as I write this. There are simply few things humans do more often, in more ways, more universally and more consistently across cultures, generations and social/economic status than consume alcohol.

No doubt there have been many drinks come and go in that time across all the countries, people, and generations. From beer to wine, from spirits to hard cider, there truly have been almost countless iterations of man's favorite beverage.

Some have been around forever and have stood the test of time, while others have been created within living memory. Such is the case with the moscow mule.

While history class and booze normally don't go hand-in-hand, today I am going to try and make an exception. We are going to go back to the 1940s to discover the history of this popular drink.

What is a Moscow Mule?

Made with spicy ginger beer, vodka and lime juice, the moscow mule is a popular cocktail and most often garnished with a lime wedge. An interesting aspect to this drink is that it is almost solely served in a copper mug. This tradition came about when one of its founding fathers went around the country to sell the newly created drink and would ask bartenders to pose with a special promotional mug made of the copper material. Two polaroid pictures would be created, one with the bartender for display, the other in a collection used as proof of the drink's popularity to other bartenders. From that bit of early salesmanship, a legacy and tradition of serving the Moscow Mule in a copper mug was born, and to this day largely adhered to. 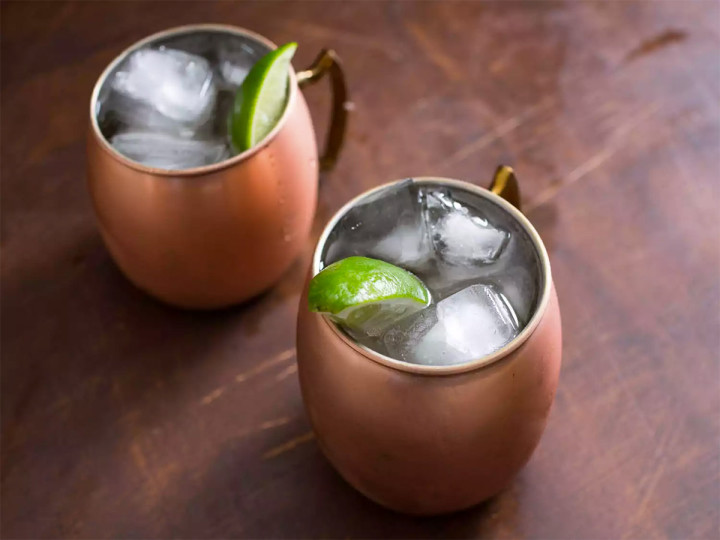 A Bit of History

The moscow mule's birth has two stories and you can decide which one works for you.

The moscow mule was invented in 1941 by John Martin of G.F. Heublein Brothers which was a distributor of American East Coast spirits and food. The company was based in Hartford Connecticut. Joining Martin in the creation of the drink was then president of Cock 'n' Bull Products, a manufacturer of ginger beer and restaurant owner in Hollywood Jack Morgan. Per a 1948 quote from the New York Herald Tribune:

"The mule was born in Manhattan but 'stalled' on the west coast for the duration," the paper read. " The birthplace of 'Little Moscow' was in New York's Chatham Hotel. That was back in 1941 when the first carload of Jack Morgan's Cock 'n' Bull ginger beer was railing over the plains to give New Yorkers a happy surprise."

The story goes that Martin, Morgan and president of Heublein's vodka division, Rudolph Kunett, were sitting at this New York bar trying to qualify a slug and eating appetizers when the two booze executives wondered what would happen if they mixed some of their vodka with a bit of Morgan's ginger beer and a squeeze of lemon. After the ice and lemons came in, the taste was well received and per the story, less than a week later, the name "moscow mule" was born.

This was the accepted tale of events until a new story surfaced in 2007. This time the founder is Wes Price, the head bartender for Morgan who, according to a 2007 quote he gave the Wall Street Journal, said the drink was born out of a need to clear out old unsold inventory in the bars cellar.

"I just wanted to clean out the basement," Price said of the moscow mule. "I was trying to get rid of a lot of dead stock." Price continued. "The first one I mixed was served to actor Broderick Crawford and it then caught on like wildfire."