by Skunk Uzeki about a year ago in list

Think you know booze? These historical facts about drinking will make you think twice.

Ever since man first discovered how to brew some brewskis, alcohol has been a huge part of global culture. Traditions surround serving it. Historical figures are known for their love of specific drinks. Alcohol is even mentioned in the texts of almost every single major religion.

With all the buzz about booze, we often assume that we know all the little trivia tidbits there is to know about it. Though lots of trivia about alcohol is mentioned, the truth is that there are still some rather shocking historical facts about drinking you might not know.

I decided to delve deep into the stories about alcohol that have been mentioned throughout history. Here are some of the most interesting tidbits I found.

We've all heard about New Year's Eve, but did you ever hear about New Beer's Eve? When the American Prohibition movement began, people immediately recognized the massive loss that came with banned alcohol.

Unfortunately, politicians were sluggish when it came to reversing the ban. It took over a decade before any president was willing to sign a repeal into law.

President Roosevelt decided enough was enough, and signed the Cullen-Harrison Act that rolled back the 18th Amendment on March 22, 1933. The law went into effect April 7, and marked the repeal of Prohibition and the end of the anti-alcohol Temperance Movement.

One of the funnier and stranger facts about Americans during Prohibition is that when news of the repeal got out, people started to form lines outside breweries and bars the night before. April 6 was nicknamed "New Beer's Eve" by drinking enthusiasts, and National Beer Day became an official holiday the day after.

Use of alcohol predates written history.

Recent discoveries of stone jugs have archeologists believing that alcohol consumption was far older than we initially thought. Archeologists found a stone jug that dates back to 10,000 BC. They believe it to be used for fermenting fruit juice... also known as making alcohol.

If what they believe to be true is true, this might be one of the most important historic facts about alcohol on this list. This suggests that alcohol is older than written history—and that it dates all the way back to the Neolithic period!

We all know that Buzz Aldrin was the first man on the moon, but did you know that he was also the first man to drink alcohol in space? One of the lesser-known historical facts about alcohol consumption is that astronauts will occasionally bring booze on missions.

Aldrin's drink of choice was wine. NASA actively advises against alcohol consumption in space, but briefly made an exception for sherry wine in the 1970s. Sherry was more stable than other kinds of wine, but even so, it quickly went off astro-menus.

Russian cosmonauts, though, seem to have it better. For a brief time, they were advised to drink cognac in space because it'd help with immune systems. This is all discussed in The Astronaut's Cookbook.

Actually, it seems like sherry is a traveler's choice.

For reasons unbeknownst to us all, it seems like there are more historic facts about alcohol that deal with traveling than you'd expect. Sherry seems to be an ongoing theme along with traveling trivia, too.

Both Christopher Columbus and Ferdinand Magellan were avid fans of sherry. They had so much stocked on their ships, they both spent more money on booze than they did on weapons.

If you're like me, you love learning about wedding traditions, especially when it comes to alcohol consumption at the party. Hard to believe as it may be, there might just be some historical facts about drinking in weddings you don't know.

For example, did you know that the term "honeymoon" dealt with alcohol? It's true. In the old days of Babylon, it was tradition for the father of the bride to offer the newlyweds a month's worth of honey wine—also known as mead.

This was known as the "honey month," and was meant to help offer up a way to help the couple get to know each other. This was eventually shortened to the phrase "honeymoon."

John Hancock owed money in taxes due to his liquor smuggling ways.

Back before the United States was a country, Founding Father John Hancock got a reputation for smuggling liquor out of Britain to America. He'd smuggle the booze, sell it off, and enjoy the profit—all without paying taxes on it.

Because of the money he made off the sales, England actually wanted to arrest him. If he did the same crime today, he'd owe approximately $7 million to the crown!

Scientists have been searching around the world, and they've realized that the oldest type of wine in the world wasn't made with grapes. It was made with honey—and most of us would call it "honey wine" or mead.

Honey wine has been around for almost 5,000 years. Variations have been found on just about every continent, and can be prepped a number of different ways. It's still a relatively popular to drink today, so you can still taste the history.

Russian cuisine wouldn't be the same without vodka.

Okay, okay. This might not sound like one of the most surprising historical facts about drinking at first glance, but hear me out. Modern Russian cuisine is mostly based on old pub fare that served peasants and fisherman near the sea.

You see, caviar wasn't always a luxury food. It was once food that was almost entirely relegated to the poor. It was so cheap, bars used to offer it for free, knowing that its salty flavor would get people thirsty for more alcohol.

Vodka was pricier than caviar, which made this a very good business decision.

Thomas Jefferson had a wine hoarding problem—a big one! 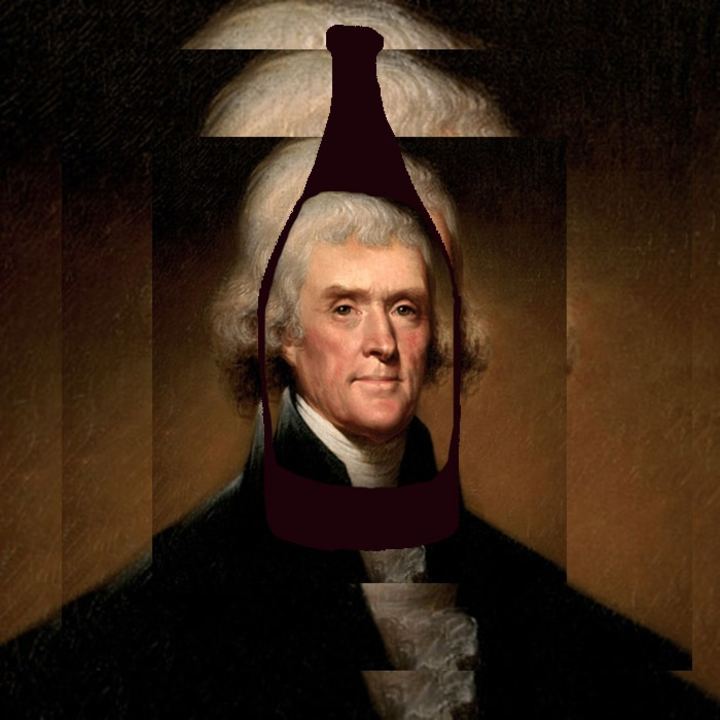 We all have heard that Abe Lincoln was a tavern owner, and that Ulysses Grant was a drunk. Most presidents had a favorite drink they enjoyed, but few took to drink as hard as Thomas Jefferson and the other famous politicians who were alcoholics.

Jefferson loved his wine so much, he had well over 20,000 bottles in his home. His wine collection was so vast, it put him into debt and caused others in his circle to host an intervention for him. Those are some historic facts about alcohol they probably wanted to keep out of school books.

Wine was healthier than water at one point in history.

Though there are scientific studies that prove drinking can be healthy, this one may be a little hard to grasp. There was a point where water really wasn't always that good for you. Being able to distill water is a relatively new thing, and while fresh well water was always a "thing," contaminants were fairly common.

Wine, since it had bacteria-killing alcohol, was safer than typical water in many cities. One of the more interesting historical facts about drinking is that there was a large portion of history where people would drink diluted wine to try to stay safe.