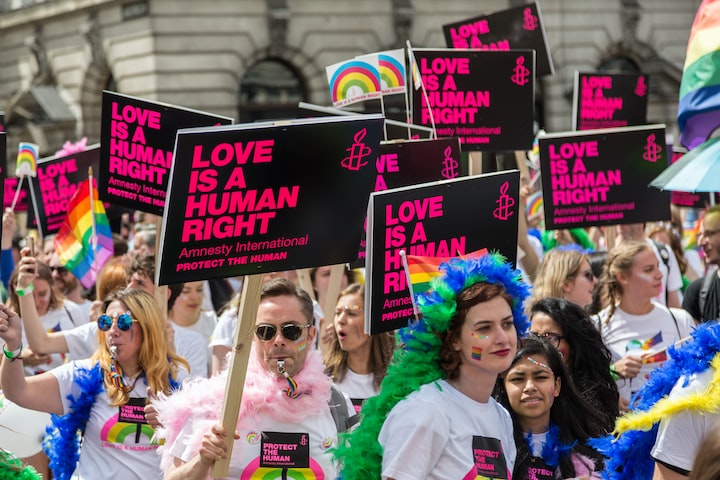 Photo by Ian Taylor on Unsplash

It's a sad feeling waking up to the news that yet another queer safe space has been violated. My heart goes out to all the victims of the Club Q Nightclub shooting.

This isn't the first time. I'm afraid it won't be the last. Things won't change in this country as long as the right is more concerned with eliminating us than protecting us.

2022 had a landmark amount of anti-LGBT laws brought to the table. Many of them passed, and many didn't. Either way, the effect is still fully felt. This shooting directly results from queer people being demonized and criticized by right-wing conservatives. Am I surprised another gay nightclub shooting happened in the same week republicans are trying to pass a nationwide 'Don't Say Gay' bill? No, no, I'm not.

I'm thirty-one years old. In my lifetime, being queer has been seen as a sickness, something to celebrate, and, worst of all, a death sentence. I'm frankly tired of it. When will we come to a place where our sexuality and gender identity are treated as normal instead of other? I'm not sure if I'd like the answer to that.

I long for the days when being LGBTQIA+ isn't just something for companies to use as virtue signaling in June. This is an honest plea to every company sporting rainbow-colored goods during pride month. Don't simply make money off of us. Stand up for us against tyrannical leadership. Donate the money you make off us to LGBTQIA+ charities. We have to do something. Our government isn't taking action. Maybe someone will.

Until that day, how long will we suffer? How long will our pride be as much of a source of sadness as it is pain? We are your neighbors, your children, and your friends. We deserve to live a life in the open, free of the chains of fear that bind every one of us.

Until you are afraid to hold your lover's hand while walking down the street, until you're watching your friends bleed out for wanting a night of dancing, you'll never know the fear that riddles our lives.

We can and will rise up. We have before. Rest in paradise, Martha P. Johnson. But we shouldn't have to rise. Not alone, not without you.

The change we seek will only come when the collective agrees they've had enough. Unfortunately for us, with each new attack on queer life, with each recent shooting, those days seem like a childish daydream.

Maybe it will happen in my lifetime. Maybe not. Even if I were to wake up in a world where homophobia had been magically eradicated, that's not going to stop me from jumping at every loud sound. It wouldn't bring back our needless dead.

Being queer is to be caught in the moment while trying to honor those who died for us to be seen. Being queer can be beautiful, as it is natural. But that beauty is shining through a mirror full of cracks. The mirror is the way in which this country treats us and how our lives are affected because of it.

The future is coming, but how long will we be burdened by the dark history of the queer legacy? I hope things change in my lifetime. My gut instinct tells me that idea is foolish. Just like racism, this will be prevalent in our lives for generations to come.

If you know a queer person, hold them tight and tell them you love them. WE ARE NOT OKAY WITH THIS. We will NEVER be okay with this.

Rest in paradise to every queer life taken too soon, especially the victims of Club Q. My heart goes out to the survivors.

K.W. is a genre and gender fluid writer and poet. They enjoy writing romance, horror, and bizzarro stories with humor and heart. K.W. is passionate about the ongoing fight for queer and trans rights.

More stories from KW711 and writers in Pride and other communities.