My Gender is Crab

by Ashe Thurman about a year ago in Identity
Report Story

How Fantasy and Sci-fi Helped Shaped My Non-Binary Identity 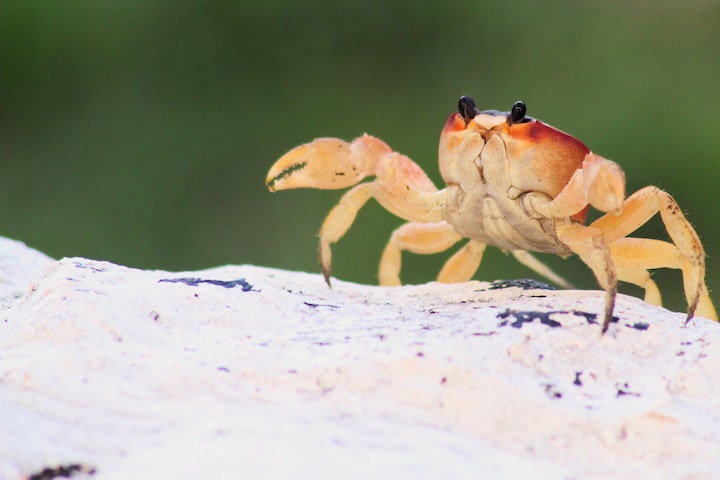 Photo by Chandler Cruttenden on Unsplash

On Twitter and in casual conversation I have described my gender as the following: crab-person, one of the creatures from “Behemoth’s World” by 70’s sci-fi painter Richard Clifton-Day, a bird demon with a funny hat, the Pokemon Gengar, and “a lady, I guess, but…you know…not on purpose.” The non-binary experience is, by its nature, weird as hell in the context of a system that, at its best, describes itself as a spectrum between set points, and, at its worst, demands you fall into a discreet category of only two options. Are you neither? Are you both? Are you sat somewhere squat in the middle? And the answer is just sort of…yes? My relationship with my own non-binaryness is informed by a patchwork of neurodivergences. At its core, though, it stems from a pervasive intellectual disconnect from existence as a human as we, collectively, understand it. Sci-fi and fantasy is both an instigating factor, and, as a writer, an exploration of that thought process.

The first time I feel like I saw a real deconstruction of the gender I was assumed at birth was in a book by Harry Harrison. In West of Eden there’s this species of hyper-intelligent matriarchal dinosaur people called the Yilané . Among the Yilané , the females run everything and the males are these little blobfish lookin’ dudes who get relegated to the breeding pen. And at twelve years old? My mind? Totally and completely blown. And this wasn’t because it was women in charge. Not really. I’d been raised on that unique brand of 90s/early aughts girl power already. Buffy, Xena, various Disney channel everygirl heroines, Powerpuff Girls, Daria, whatever the fuck Cleopatra 2525 was trying to do. I had been told that girls could do anything boys could do without sacrificing their femininity blah blah blah.

They weren’t any of that bubblegum, spandex, high-kick pop feminism that my female cohorts vibed with so easily. They were morally complicated and intelligent and calculating and vicious. More importantly, they were the first version of “woman” I truly groked. Their whole existence wasn’t centered around either adhering to or being in defiance of some arbitrary standard of femininity. They lived unburdened by the expectations that my own horrific corporeal form had been saddled with. They were monstrous. So while I admired the Janeways and Hermiones and Dana Scullys and Zoë Washburns with which I had been presented as formidable models of womanhood, I didn’t want to be them. I wanted claws and teeth and the ability to smell blood on the wind.

“So you’re just a scaly/furry?”

I don’t/didn’t really want to be an animal necessarily (though, like, if someone offered to turn me into a dragon…who the fuck is turning that down?). But when no version of womanhood, be it traditional or progressive, feels right and you can’t pinpoint why, just being a horned demon from one of the middle circles of hell seems like a way easier plan in the long term.

Over the years, without intellectually understanding that I was doing it in my writing, I started crafting sections of world and lore where the rules for sex and gender and the expression of both were different at a fundamental, biological level. Female elves became boxy and tall, almost indistinguishable from their male counterparts in androgynous elven clothing. Ariesians could only be told apart by the color of their horns. The dimorphism of drakkakens shifted from their initial designs in my early sketch books to favor, larger, imposing females. Goblins (that I finally got around to including in one of my recent narrative game releases) were designed as hermaphrodites. I’ve been working up the details for a band of tri-sexed species, tacking down their reproductive process, and a member of this clade appeared as the lead in another recent narrative game.

Naxos (a small game I wrote a few years ago) was the first time, though, when proverbial pen was put to paper that the personal feelings about my own identity latched to a specific character. Ysa is a bull-creature. She’s been made into something weird and strange through a combination of her own will and magic that she doesn’t quite understand. And she’s me. And Ari, her romantic partner, doesn’t see Ysa in terms of any social construct. Ari doesn’t see a man or a woman or a monster. She sees Ysa. To make this as a story between women. To make and market it as a yuri game. For me, it was a radical reinterpretation of the role of “woman” I felt like I was regularly being forced into. That I couldn’t escape.

Since I put out that game in 2018, what began as a re-invention turned into what I realized had always been a rejection, one I hadn’t really figured out the parameters of, yet. One that had words I had only really just learned as an adult. That despite how much I wanted womanhood to incorporate that which I was, it just kind of….didn’t. But that it was, indeed, something I could escape. And the instant I gave myself a place, however fictional, to actually do so, I started to see myself hiding underneath.

Check out my other work on pixelsandpins.com

More stories from Ashe Thurman and writers in Pride and other communities.