I'd Rather Play the Harp

by Gentle JoJo Fletcher 6 months ago in Identity
Report Story

A Primal Scream from the Depths of the Asexual Closet 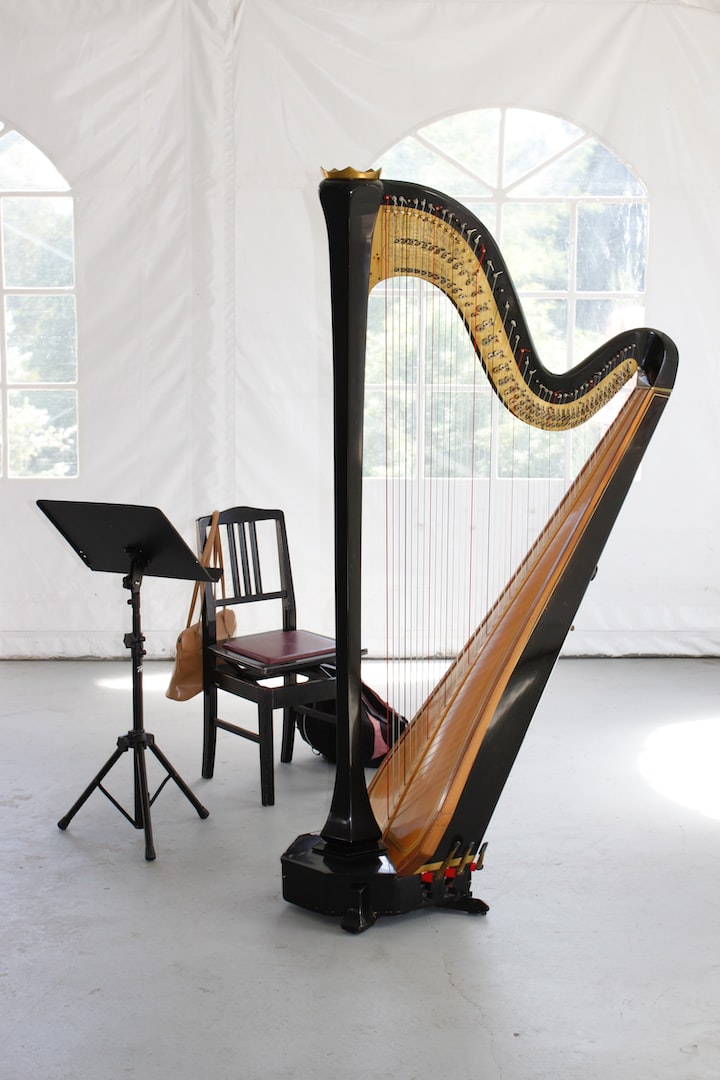 Photo by Sara Budhwani on Unsplash

Most of my fellow Aces would tell you that they'd rather have cake than have sex, but since weight is an issue for me, I'd rather play the harp. You wouldn't think that my personal preference to abstain would be a matter of any concern to the world at large, but, OH, IT IS!!!

The ace-phobic line that we always get for a “shut up and shut sit down” order is “Nobody is forcing you to have sex.”

But is that true, really? Because I've found a whole bunch of people who do expect me to be forced into sex. I've been raped a few times; I think that counts as being forced to have sex. I've also been dumped as a friend and told that I'm a total waste of that person's time because I don't want to talk about sex with them and gush about how marvelous it is. I've encountered a endless parade of men who are mortally offended when I tell them that I'm only interested in being friends, and who will do any horrid, manipulative thing to get me to change my mind. I sought refuge in a place of worship, thinking that a bastion of chastity would surely be a sanctuary, but no, because matrimony trumps abstinence. The women were all shoving their sons on me, literally, three proposals in three months. (I know, right?)

Don't even get me started on my psychiatrist and her expectations. I was under so much pressure to conform and be sexual that I had a mental breakdown and spent eighteen years being treated for psychosis, thinking and being told that the asexual part of me was a hallucination. That sounds extreme, but it is really how badly I had internalized ace-phobia. My culture and my religion had predisposed my mind to be revolted by the idea of asexuality as an orientation. And don't you white people be hatin' on any Muslims, or Hindus, or Jews right now! I'm white, and my Western Culture and my religion are every bit as rabid as about women submitting to their roles as wives and mothers as anything from the East. Aces are definitely being forced to have sex, left, right, and center, in every part of the world.

And now you're going to say, “But Joanna, that's not ace-phobia; that's misogyny. You're talking about the patriarchy and feminism. Men aren't being forced to have sex.”

Well, what about my friend, Adam, who was so pressured by his family and friends to be a red blooded male with a high libido that he developed anorexia and bulimia and eventually killed himself because he couldn't stand the sight of his own genitalia? He left journals behind him that detail the agony of his experience. The pages of those books are soaked his misery and with his seething hatred for what he called 'Jock Culture'. Was he being forced to have sex, do you think? Where do you suppose toxic masculinity comes from, if not from the pressure to be conquering heroes and “pass on your genes” to every living thing that moves? Yes, men are also being forced to have sex that they don't necessarily want.

Where does that leave us, then? Am I asking humanity to force itself to care about one more minority in a slush pile of minorities so big that most will never see the light of compassion before the sun goes red dwarf? No, I'm not. You can keep your compassion, and I'll keep my outrage to myself.

I am saying all this because you might want to feel sorry for yourself, someday, and you will need permission. Someday you might get old, or gain weight, or become disabled, and fall out of favor with the gods of sexuality. You will not be able to trade on your sex appeal to get that new job; or that potential romantic partner might treat you with disgust; or you will find that your body will not do sexy things anymore, and does do some distinctly unsexy things on a regular basis. How will you cope if all you have known is to value yourself by your physical attractiveness and your bedroom skills? When that happens (not if, when); when that happens, you have my permission to feel bad and to fall apart and have a grief and rage fit. Our society is absolutely viciously and toxically sex positive, and you are completely justified in your belief that your life is worthless in the eyes of the majority, if you can't or don't have sex. I want to validate you before it happens, so that, when it happens, you have some place to a fall.

More stories from Gentle JoJo Fletcher and writers in Pride and other communities.