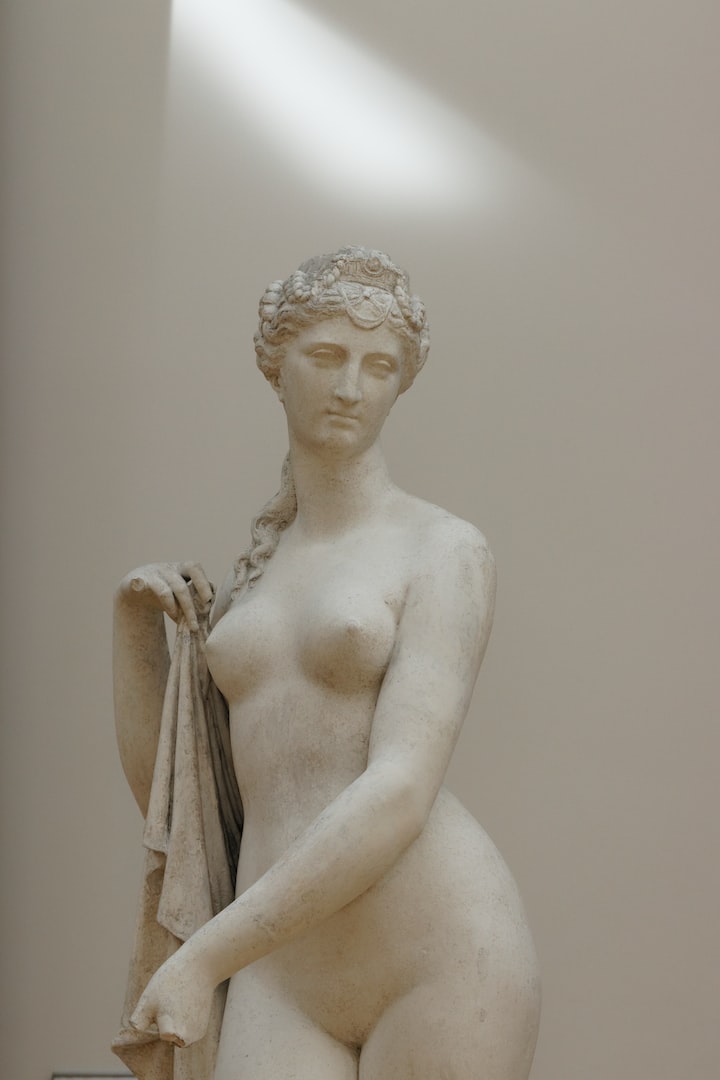 Photo by Margot Noyelle on Unsplash

Twenty-four centuries ago in Athens, Greece, an artist used a clay mold to make terracotta figurines. The subject is the deity Aphroditus, and the pose is called anasyrma: lifting the skirt.

The exposure of female genitalia in this way held supernatural significance for those who made and treasured the figurines. According to Pliny the Elder, a menstruating woman who exposes herself can drive away bad weather and protect crops from pests. For those who celebrated Aphroditus, the positive nature of the gesture was generalized; it warded off evil and brought good luck.

During the unrest and protests in the USA over the summer of 2020, a young activist in Portland became a national sensation for facing down a line of riot police stark naked. Apparently unsure how to justify attacking a nude person sitting in the street with no weapons or protection, the police stopped shooting impact munitions at retreating protesters and backed off, proving the Greeks had a point about the apotropaic qualities of nudity.

Like all portrayals of anasyrma, Aphroditus is represented as a woman. Unlike others, she is lifting her skirt to reveal a penis.

Being a woman with a penis is not a harbinger of good luck in the modern world. The moment you're born, all the adults present are eager to get a good look at your genitals. Then they reference that mental image for the rest of your life, to define who you are and what you're allowed to do. If you object, they call you a disgusting pervert.

Six-year-old me had a vague sense of the situation. Some things are simple, like falling asleep to a comforting fantasy of being Shirley Temple. Others are more complicated, like the wordless frustration of being defined by an unwanted body part. Like piecing together an identity in a world where it doesn't exist.

As a rural homeschooled Christian, I was probably fifteen before I learned other trans people actually did exist. All the adults present in my life were eager to move on from the subject, visibly uncomfortable as they thought about the genitals of people they had never met. They said those people were confused and broken and did evil things to themselves. I learned that I was confused and broken and wanted evil things.

Knowledge can set you free, or it can destroy you. I used a library computer and typed "am I transgender" into a search engine. The mental images of my future self were intrusive and I needed reasons to deny them. I found plenty; every depiction of a trans woman in fiction was either a joke or a monster.

I survived another decade trapped in the life of a fake man, until I was not just ready to die, but to make it happen. As I planned my suicide I decided to visit a sex club in Portland. Nobody had ever touched me sensually and I hoped someone would before I was gone. Nothing really mattered anymore, so I went in a dress. Which I already had, of course.

The club was too loud for me, and I barely talked to three people. It would've been just another failed attempt at having a social life, except for one thing: there were mirrors to look at myself in. Big ones. And I could not stop looking.

That night I fell asleep with my mind spinning and woke up still in a panic. Brain had not stopped. "You want to transition, you've wanted this for a long time, stop trying to bury it and shave off your fucking beard."

I panicked for a solid week. Every moment, every day, I tried to cope with two decades of abject denial. At this point I'd left my childhood religion, I had old friends who came out as trans, and I'd been halfheartedly trying on nonbinary labels for years. In theory I was totally accepting, just not of myself.

"I can't transition because I'll lose my family," I tried to warn myself, like I always did.

"You don't think you'll lose them when you kill yourself?"

My brain had a point. After that first week, I calmed down a bit and decided I could try estrogen and see if it helped, and if not, I still had a backup plan.

The next several weeks were surreal. At work I felt like an undercover agent, disguised as someone else and doing their job while my mind began imagining an actual future for myself. Every day, more memories would jump out at me. Getting admonished for running off to play dollhouse with the pastor's daughter when we visited her family. Begging my mom not to cut my hair every six months. Frequently telling friends I wished I'd been born a girl. Being very sad that I could never experience pregnancy. Coworkers harassing me for looking or acting feminine.

And then, there were all those nudes on my computer. My aversion to clothing started young, influenced both by gender and sensory sensitivity. By age seven I would take any chance I could get to go out alone into the forest and strip naked. I would fantasize about a world in which casual nudity was accepted, or even mandated just for a day. If it was a law, I thought, adults would have to get over their absurd hatred of nudity. Clothing to me was no different than skin: a shell that obscures the reality inside.

Digital cameras became available to me in my teens, and I took selfies where I tried to make my chubby chest look more like feminine breasts. Once I forgot to clear the computer's recycle bin and my dad found them during his regular snooping session. His tone when he asked if I was trying to look like a woman scared me so much I lied and said no. Still, I continued taking feminine nudes, and as an adult started visiting clothing optional beaches and spas.

Much like the anasrymos of Aphroditus, my innocent nakedness warded off evil influences: the twin monsters of puritanism and objectification. Instead of hating my body, I grew to be merely apathetic. Instead of overwhelming shame over who I am, I began to accept it. When I finally showed up at Planned Parenthood asking for hormone replacement therapy five days after I turned 27, I was as excited as I was afraid.

Then I swallowed a single milligram of estradiol and it changed my life. Starting in my teens, I would wake up every day to a horribly physical sensation of sheer terror. It made me acutely suicidal and often lasted hours before fading into something similar but a bit easier to ignore. I scoured the internet and asked doctors, but nobody could give me an answer for the "morning terror". That feeling vanished within an hour after my first estradiol pill. Out of curiosity I tried skipping a few doses, and every time it came creeping back into my gut like an actual demon. It has been exorcised at last.

I came out to everyone in a public Facebook post three days later, relieved to no longer have any secrets. At that point I realized my pain was not just “in my head”, as some like to say, it was a biological problem that involved my endocrine system. That truth broke down the last remnants of my doubt. I wasn't perverted or delusional, I was suffering from real pain and there were only two solutions to choose from.

I chose to live. I choose to keep living, and share my transsexual body freely, to normalize this astonishing experience and celebrate the beauty of life. It was never my choice to be a woman with a penis, certainly not here and now, but if Aphroditus can be a symbol for good across 2500 years, maybe there is hope for us too.

I didn't lose my family.

Read next: If You Identify as a Man and Have a Penis, You’re Lucky — Not Entitled