No one wants to be THAT guy 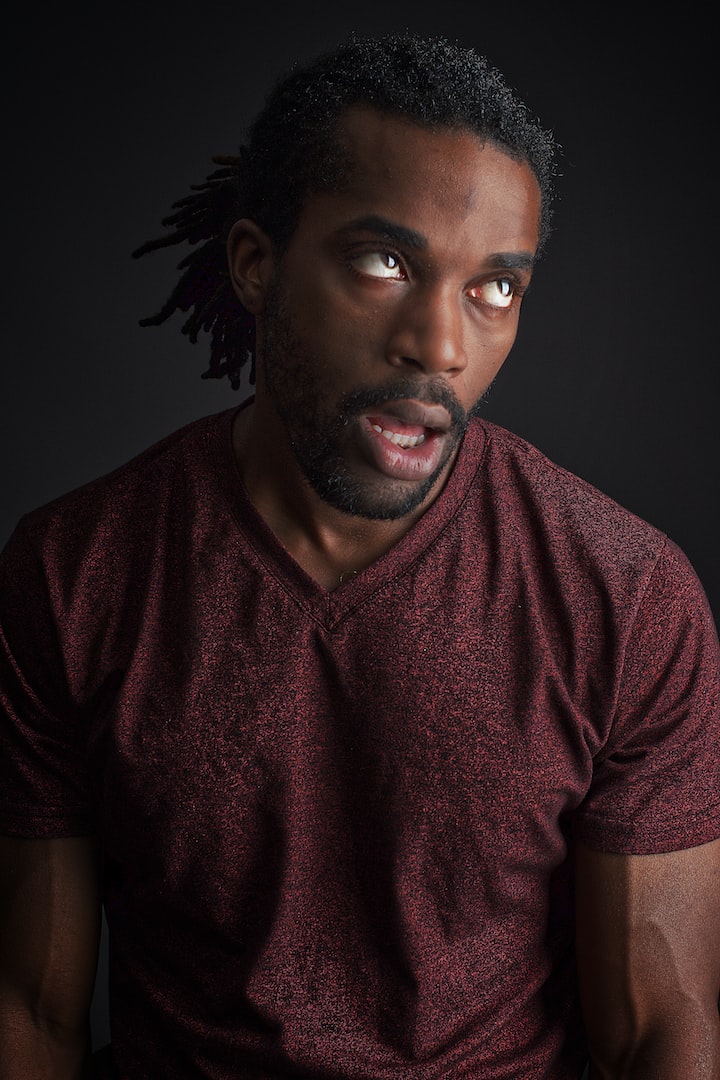 Photo by Dorrell Tibbs on Unsplash

Pride is grand and love is divine,

so when it comes to love, don't be THAT guy.

Dating is woeful for all, regardless of being straight, gay, bisexual+, etc. No doubt the frustrations of finding a suitable partner for life can escalate to extremes, but sometimes you can turn those frustrations into funnies instead. So it's not ALL bad, right?

A little back story: I started coming out as bisexual in the early 2000's to family and friends, and as time passed I learned that I had to be honest with potential boyfriends in order to be entirely comfortable with dating. Obviously, when I had relationships with girls, there was not much to explain besides expressing that I liked other genders as well. In the end, I found the response from men particularly interesting (yes, the usual), but even more so when the man was also in the LGBTQ+ community. Enter Aaron (name changed just because I am not that big of a jerk), one of my early adulthood boyfriends who was a fellow member of the Pride community. Aaron was that guy.

One major life lesson all must learn: don't be "that guy." That guy is going to be a joke for over fifteen years.

Okay, that's pretty specific, but I promise you with my entirely huge heart that being "that guy" is actually pretty serious, and can create a lifelong joke.

Do you REALLY want to be that guy? Nah. Let us examine "that guy" named Aaron.

The best part of being LGBTQ+ openly is finding friendships and relationships with other people in the community. When I was 18 years old (2005), I started dating Aaron while he dated a man named Brandon. Brandon consented to our partnership and we committed to keeping things separate, sorting out time to spend with Aaron without treading on each other's space and time together. Occasionally, the three of us would spend time together as a trio to continue the bond between all of us. It wasn't a flawless experience, but we learned and grew with our dynamic slowly. I loved that I was exploring what my sexuality meant with a partner who was also doing the same.

One fine day, I decided to share my planned evening with Aaron over at my friend's house, where another community member (and best friend of mine) named Tia would be hanging out. Aaron was aware that Tia was also interested in women, but there didn't seem to be an issue with that knowledge. At least, none were mentioned.

We were young and spending time at our friend's parents' home, so we were sitting on my friend's bedroom floor listening to music and having some casual conversations with one another about a variety of subjects. I sat between Aaron and Tia while our other friend sat up on his bed; to amuse ourselves during the guys' conversation, Tia poked my leg.

I poked her arm.

She poked my leg and made the perfect emoji "o" face at me, to which we cackled ferociously and continued the exchange.

Eventually, my boyfriend expressed he was getting texts from Brandon and needed to head home, so I assured my friends I'd return to them after taking Aaron home.

We got in the car and I asked him how he felt about my friends now that he had met a couple of them. He took in a deep breath as I drove down the bypass in the night and spoke very carefully:

My eyes widened incredulously. "Jealous of what?"

"Tia was flirting with you."

The car went as silent and still as the blackened clouds above us as I took in this concept and turned it over in my head, a pleasantly baffled look on my face that I couldn't control. I had to pause for this one.

I chose my words carefully. I hate knee-jerk reactions, so I tried to understand his perspective.

"When did she flirt with me?"

Nope, I don't know, but you're becoming that guy and I said don't be that guy but okay. Here we go.

"No, I don't. Honestly." I reviewed the entire hangout in my head, frantically searching for flirtatious language.

"When she was poking you? You can't tell me that wasn't flirting. And I know you both like girls." He shrugged with a cocky grin. Like he had already won the battle.

My jaw really wanted to slam directly down into my lap because, seriously? This man literally had two relationships. I know not everyone lives without the jealousy issue with every partner, but really? Not to mention, never in the history of ever has anyone flirted with me by poking my leg with her index finger and chimp screeching with enjoyment. We were young goth kids; we didn't exactly do a lot of shit that made sense.

Perhaps it wasn't the most compassionate response, but I snorted a bit too gleefully at the thought of reporting this new "problem" to Tia.

"That's probably the dumbest thing I've ever heard, but okay. Sure. I'll let Tia know not to flirt with me." Imagine every level of mockery entering my tone in this entire statement, because that was exactly what I did.

Aaron threw his hands up angrily. "I knew you'd just get mad!"

"Of course I'm mad! You're being absurd! We act like that all the time!"

It continued to go back and forth like this with me explaining that Tia's activity was nothing more than typical goofy behaviors. We tended to just be oddballs together; there was even a time when Tia would only text me in emojis, no words whatsoever. Why? We didn't need a reason! However, my explanations kept being brushed off as "excuses" and we departed on angry terms.

I returned to our mutual friend's house and plopped back in my original seat, launching into the full story for both of my friends. Tia's eyes widened with amusement the more I spoke, waiting for me to finish speaking before beginning to poke my leg again.

I locked eyes with Tia and poked her leg at the same time. "Oh yeah? Well, I am flirting right back. How does that make you feel?"

"This is so much flirting."

The poke war continued into more ferocious laughter, eye contact rarely breaking until our friend hopped in to poke both of us and announce, "Oh yeah? Well I'm flirting with BOTH of you. At the SAME. TIME."

"You're DISGUSTING!" I shrieked.

Eventually it evolved into flicking each other for "super flirting" all the way up to harsher flicks referencing adult activities. We found ways to take it to the extreme any time we thought about it.

The poke war began in 2005 and currently, it has not stopped. I moved from my home state over 1,000 miles away and when Tia came to visit me in 2020, we fulfilled our duty of poking each other and "flirting" since that's clearly what poking means. Man, we have flirted a lot over the years since that day.

It was fun to make light of the situation and turn it into such a long-running joke that it still makes me a little less angry about the memory.

So, what is the definition of "that guy" you may ask?

"That guy" (noun) - one who overreacts over petty assumptions; can be male, female, or non-binary; one who finds jealousy in ridiculous places; one who will absolutely be the butt of an inside joke for several years with no end in sight when one is being hypocritical as heck; one who discriminates against their own community

There were multiple issues to address in the situation and I won't get into each one, but the overall message that frustrated me was the fact that he could not extend me the courtesy of friendly behaviors with my best friend without assuming that it had to mean a physical attraction. Tia and I spent time analyzing how long she poked me in case the gestures might have been seen as her stroking my thigh, which we would have understood. We found nothing amiss with our interaction.

However, I learned something, and I hope he did, too. Though it royally pissed me off, this story has become one of my most fondly enjoyable "teachable moments" to people I have met who are exploring their own identities. Along with the opportunity to keep flirting with my best friend all the way into my thirties.

Moral of the story: you just really don't have to be that guy.

The bright side, though? He taught me all about what not to do on Facebook in the future when the "poking" feature was introduced. I wasn't going near that one.

More stories from Dani Banani and writers in Pride and other communities.