by Katie 2 months ago in Identity
Report Story

and a life denied 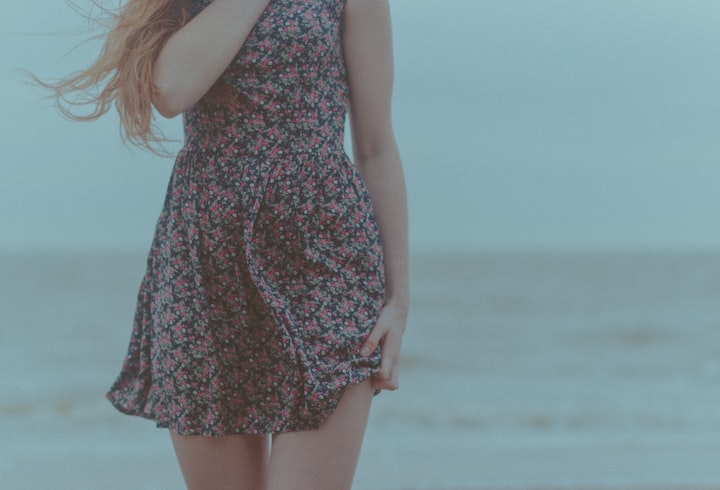 Photo by MBARDO on Unsplash

I’ve lost count of the many renditions of this accounting. Writing it all down, only to delete the whole thing. My courage evaporating like the morning mist. Why must it be this way? What is it that causes me to, time and time again, deny myself the freedom that I desire so very much?

If this thing that I desire were pain free, if I alone, were to be the one that felt the eyes of ridicule on me, then, could I stand against the storm? Am I destined to be forever hidden?

All this because of a society that doesn’t, won’t, want to, understand. I’m really not sure which would be worse, the hatred or the laughter.

So this is where it begins, my story. It is not a remarkable tale, it will however sound very similar to many. As mine has sounded remarkably like so many others.

others who have found their courage, to at long last live their lives as they feel they must. Throwing away, most times, the world, in which they had previously hidden themselves. Usually with a considerable amount of pain. Both theirs, and to those around them. Sometimes, not most, they find that there are those that will support them. Embrace them as the same person, only “truer”. Their smile more genuine. Their happiness, deeper. All this, I wish I had. If only I can find my courage.

Courage to live as I feel, courage to put myself out in a society that has no problem with causing me harm, or at least ridicule. Let me begin.

It slips, almost silently, down over my head. A slight swooshing sound as it settles. This simple summer dress giving me, at least temporarily, some affirmation of my feminine feelings. Providing an avenue for my feminine side to manifest. Allowing me to feel like the woman that I am not.

Born male, I’ve lived as society demanded that I live. Still my inner self leans decidedly towards the feminine. Why? Who knows. Not I. These feelings have always existed within me. The first time I donned a dress it was Halloween, I was ten. Asking my older sisters to help. At the party a boy asked me to dance, I still feel bad recalling my rebuke, telling him that I was a boy. I’m sure he’s long forgotten. Several years later I came downstairs in one of my sister’s bra. My smile quickly fading under my mother’s wilting stare. It was then that I felt I had done something wrong, that for some reason, this was not allowed.

Hence forth my dressing became hidden. I think in retrospect that I then started to deny my feminine side, unsuccessfully. During my teenage years there was a certain “Charlie’s angel” poster on the wall of my bedroom. Such a beautiful woman, not only did I adore her, I wanted to be her. I would stare at the picture, imagining that I was dissolving into it, becoming that woman. This confusion of who I was, was multiplied by the social life of a teenage boy. To who could I have possibly shared this with in the 70’s world? There was nowhere to turn.

There were events during my childhood that have effected who I am now. My naivety and general demeanor towards the feminine made me an easy target. The first, making it easier for the rest, to destroy my innocence. Throwing a switch in my brain, further complicating my already confused sense of self. These events coming back into my consciousness recently caused me to use my dressing as a place to go, to relieve the stress. The continuing lawsuit against a certain institution made it impossible for me to continue the lie. I came clean to my wife. The betrayal my wife felt because of my lie nearly ended our marriage. Slowly things have improved. No longer hiding from her, my feelings of femininity, caused a euphoric explosion of the pink fog. I filled my closet and drawers with everything female, nearly overwhelming her yet again. Still the house is just a bigger closet, I am still not living the life that I should be able to. Recent events in the news causing even more pushback against the transgender community. Even my wife cannot bring herself to accept me as a woman in a man’s body. I can’t blame her really, she married a man and wants a man.

Where does that leave me? I am living a diminished life, not wanting to cause pain or have all the issues that would be hurled at us. Through my small community, I follow others in their journey towards living their true lives. There is always a storm that they need to live through. Always. Some more than others. I find strength in their stories, their willingness to take what is thrown at them, to achieve a better, truer life. Perhaps, I may someday weather my own storm.

More stories from Katie and writers in Pride and other communities.