by BreeAnn about a month ago in culture 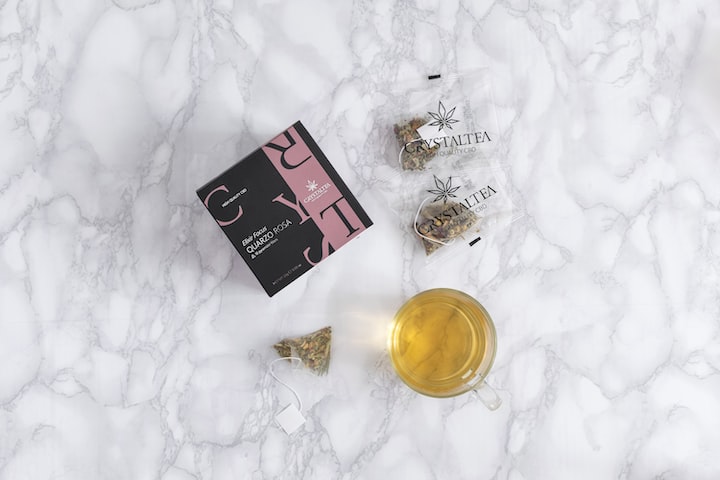 Please note: this is a repost from my Medium page.

In 2012, Colorado residents voted to legalize marijuana in a ground-breaking political victory. I was twenty at the time, and even though I was an adamant control freak and had never smoked cannabis myself, I knew enough about it to believe that people deserved a choice. When it was officially legal, I gave it a try and was surprised by the experience, but not as surprised as I was to meet an army of corporate 'stoners' a few years later who changed the way I looked at pot forever.

In media, there is this ongoing stoner trope. You know, Hyde from That 70's Show or the kids who get pulled over in Super Troopers. The kids who are constantly messing up in school, or the grown men who are still trying to live like they did back in high school while everyone else grows up and joins real life. We have always presented stoners as being lazy and lacking in motivation, so much so that we have overlooked many successful cannabis lovers over while doing so.

Isn't it kind of strange how we look at Hyde and see the quintessential stoner, but we never look at Eric or Donna that way even though they smoke weed too? Isn't it interesting that Sherlock Holmes was constantly using drugs and we just ignore that? We believe these tropes so wholeheartedly that we erase the connection to cannabis - and other drugs - for smart and driven characters entirely. We push it away, assuming it isn't a real habit, or rather that it is something that will be outgrown with time. It's a temporary thrill, not a lifestyle.

You know that guy you work with who seems to be juggling the entire office? He smokes. That one incredible trainer who always seems to know how to reach every person in the room? She smokes. That power mom who always has her kid in perfectly coordinated outfits and has a sparkling clean house? You guessed it. She is lighting up a nice Sativa before making magic happen.

The truth is that cannabis use is prevalent across some of the most challenging industries that exist right now. Developers, CEOs, and content creators alike have been known to regularly use marijuana. We're talking hugely successful people - driven and ambitious people who are shaping the future of our world - that also regularly use cannabis. So, what made us decide that weed is to blame. The short answer? The war on drugs. The longer answer: ongoing judgment, and ignorance.

The people around you, assuming you live in a place where cannabis is legal, are probably using cannabis. If you are surrounded by smart and successful people and think none of my friends are stoners, they probably just don't feel comfortable telling you.

See, no matter how successful you are, unless you're a literal millionaire or an artistic genius, there will always be people in the room who lose respect for you when they find out that you smoke weed. Even now that it is legalized, there is a very weird pressure surrounding it, particularly in professional spaces. For obvious reasons, you can't let your boss find out and that is where the tension starts. If your boss can't find out, you can't let your judgmental coworkers find out, lest they let that little detail slip the next time that you outperform them at something. It just isn't worth the risk.

When I got my first corporate job straight out of college, I was surprised when I learned how many people smoked pot. Everyone, it seemed - at least the majority of people - smoked pot. What caught my attention more than anything was just how many incredibly successful people were smoking weed. Analysts, team leads, and trainers were all getting high on a daily basis and leading this insane double-life. On one hand, these people were well-paid and powerful influencers in the company. On the other, they were ending their evenings with the Devil's Lettuce and laughing along to Rick and Morty. The smartest, most influential people that I knew at the company were almost all smoking weed.

Having recently left college, I kind of assumed that my days of smoking were behind me. I had nightmares about random drug tests that would tank my career and force me to get the retail job I had managed to dodge for so long. My vision swam with images of being cast out of Corporate America, completely unable to hold a 'real job' ever again. So one day, after one of my new coworkers and friends mentioned cannabis, I asked about it. I was nearly laughed out of the room.

A random drug test? They would have to fire half the company.

As soon as he made the point, I realized that he was right. I stopped worrying about it as much and started enjoying cannabis again. I smoked with my coworkers and we made incredible memories. Over time, I became the edible connoisseur, the person in the group who could tell you the best edibles and exactly how they would feel by five-milligram intervals.

One day, my supervisor pulled me into his office. He needed to talk to me about the nearby dispensary - the one up the street that I only dared to visit on weekends. One of the higher-ups - a man that clashed with the company culture harder than anyone - had seen two of my friends hovering near the dispensary on a lunch break.

Let me just start by saying, I don't handle getting in trouble well. I was terrified, and when he said that, I thought he was about to announce that the company would finally do that impossible drug test. Already, I was terminated in my own mind, disgraced and banished from corporate life despite the success of my growing career. My life would go up in flames and I would be to blame - me and my bad choices - just like all of the anti-drug assemblies in school said I would be.

Instead, he politely suggested I tell them to 'be aware' of what people might see and assume about them being there. When I told them, they laughed it off and started doing their shopping after work instead.

In my seven or so years of smoking cannabis, I have accomplished a lot. I started working with a critique group and churning out a chapter a week. I graduated from college and landed a really great job in finance. My career grew from data-entry to system design and I reveled in each new challenge set before me. I led projects and changed the way that my departments operated.

Later on, I started my own business and now I work for myself. I work hard and I make enough money to live a good life. I even make enough to afford the far-from-cheap and highly-taxed Sativa vape pen sitting next to me. It's a good life and I'm proud of it.

The lazy stoner trope is just that - a trope. Lazy stoners aren't lazy because they are stoners. They are lazy people who also smoke cannabis.

Right now, the world is being rebuilt by cannabis users and it isn't going away any time soon, so throw out that old stereotype and replace it with something a little more accepting. You might just be surprised to see who opens up to you when you do.

culture
BreeAnn
Read next: What is Black Cannabis?
BreeAnn

See all posts by BreeAnn →