by Majique MiMi 2 months ago in humanity
Report Story

I’m not an Italian jawn… 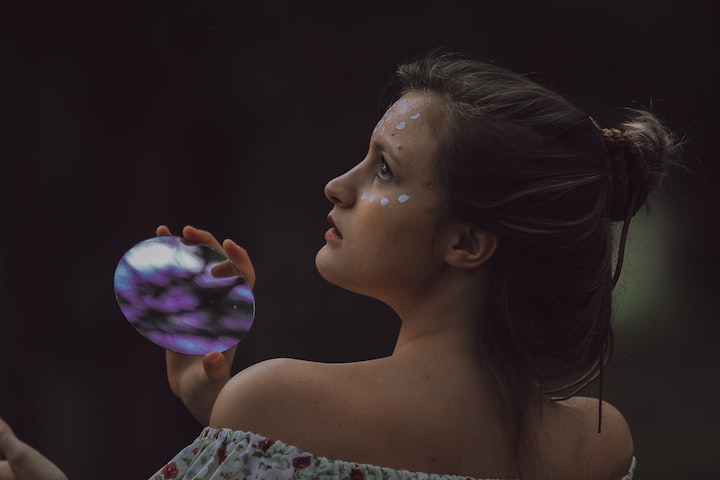 Taking a moment to give a S/O to Durban Poison🌱 and an extremely humid day. Both of which made me dizzy and influenced this piece.

Not sure if this piece is going to be fluid or not but nonetheless, Ima tell the story anyway because if I don’t, someone else will; and more often than not, that someone will tell the story inaccurately.

The inaccuracies may, for all intents and purposes, be accidental but because of these accidents I was led to believe something about my family which was not true.

Mrs. Roberts was my third grade teacher and one day we were all given an assignment to complete our family tree going back to our great grandparents.

Without dating myself too much 🤦🏻‍♀️🤣 this was waaaaaaay before Ancestry.com and all of the myriad of other tests one could now purchase online.

All that to say, back then we had to rely on what our ancestors told us.

And we could never question it, ever. What was it about certain generations who aren’t to be questioned? Even if they’re wrong 😑?

But any how, any who, before I head down that rabbit hole of balderdash and Tom Foolery and get lost in that muck…

…back to doing my family tree in Mrs. Roberts class.

It started with the most politically incorrect lesson on nationalities 🤣 I could recall at eight or nine years of age.

Apparently, if your name ended in a vowel, you were more than likely Italian. 🤷🏻‍♀️

Look, I didn’t say it, Mrs. Roberts did.

Mrs. Roberts called on me and I went on my little third grade brain tirade.

“Mrs. Roberts my mother says we’re Italian but my last name ends with a Y. And you said the vowels are a, e, i, o, u, and sometimes Y, so does that make me only sometimes Italian?”

Mrs. Roberts came over to my little desk, bent over and in a whisper answered me by asking if I’d like to help her by grading the class’ Weekly Readers and putting the grades in her grade book.

😒 Anything to shut up the smart kid.

It wasn’t until I came home and told my mother about the assignment and what Mrs. Roberts said about the vowels, being Italian and how she never really answered my question. But she was really impressed that I did all of her grading for the week.

🤷🏻‍♀️ What? I apparently also took my SATs that year as well but that’s another story for another day 🤦🏻‍♀️🤣.

When I told my mother that Mrs. Roberts said I was only sometimes Italian because my last name ended with a Y , I’ll never forget what my mother said in response:

“Well Mrs. Roberts doesn’t know her ass from a hole in the ground because I heard my grandfather speak Italian in the house.”

🤨🤔 so the language you speak determines your nationality?

Since you’re not allowed to question your elders… I let it go for over forty something years.

Then legend has it my Uncle Jim was somewhere in his travels living his absolute best life had a *reading* done by a woman.

The reason the word reading has stars around it is because this is what my brain recalls, whether it’s accurate or not you’d have to ask Uncle Jim who admits to being absent minded now 😑🤦🏻‍♀️🤣.

Anyhow, anywho, this woman told my uncle that our family was once Italian royalty.

In this royal family,there were four brothers who were astronomically wealthy. One of these brothers fell in love with a Romanian peasant woman and was stripped of his riches and ostracized from the family.

My ancestors? You may be asking. Well apparently, my ancestors were the family of the ostracized brother and his Romanian peasant wife.

My mother was not happy 😑. She swore up and down that we HAD to be Italian because Italian was spoken in her grandparent’s house.

To which I responded, “I say jawn all the time but that don’t make me from Philly.”

Those who know, know that line is hilarious 😆.

My mother was not amused, nor Italian 🤣.