Should the federal government legalize marijuana in the US?

by Dark Fairy 2 months ago in culture

Insight to the war on drugs 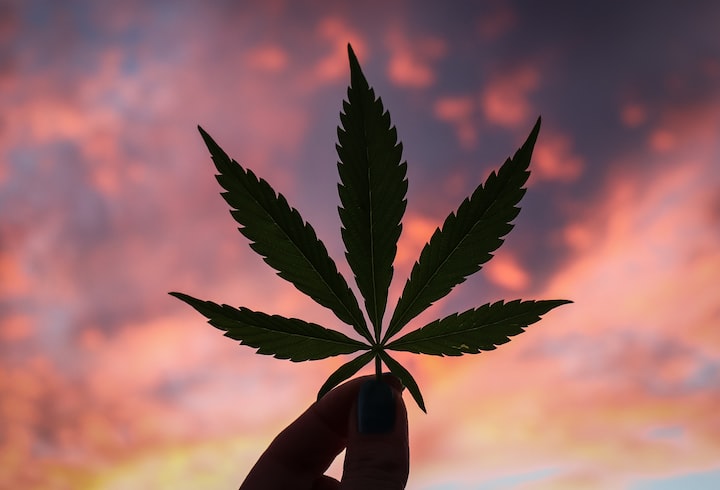 Photo by Kym MacKinnon on Unsplash

Drugs have been a topic of debate for many years . They were used in the past for medical and spiritual purposes, but why did they become demonized and illegal? Even cocaine was one of the main ingredients in the popular Coca-cola drink, and morphine was used in World War II among soldiers for medical purposes. Jennifer Lawler writes that the word drugs means different things for medical professionals, which consists of medications used to treat diseases, while for police officers drugs are illegal substances that alter a person’s moods and personality (9).

Many people argue that drugs have good benefits. They can help a lot of people through their therapeutic qualities, but most of them can cause physical and/or psychological dependence , therefore drugs have a big potential for abuse. We could also highlight how other legal products are used as intoxicants. Lawler lists in her book that items such as spray paint, glue and nail polish are also misused and can have life-threatening effects (14). She adds how other drugs that have no medical use and can cause long-term effects if abused are legal, such as caffeine, alcohol, and tobacco products (16-17).

The Pure Food and Drug Act became effective in 1906. Mark Parascandola claims that this Act: “marked the end of an ere [sic] in which patent medicine makers were free to market secret potions with extravagant claims at the expense of unwary consumers…. the Act also marks the beginnings of the creation of a federal agency to regulate food and drugs.” This Act required that active ingredients be placed on the label of a drug’s packaging to allow people to be aware of what they were buying. In 1914 the United States passed the Harrison Narcotics Act, which prohibited the manufacture and sale of marijuana, cocaine, heroin, and morphine Jeremy Lesser writes this Act was “generally considered the beginning of the oppressive, expensive, and devastating drug war.”

Later in the 1960’s the abuse of drugs skyrocketed, compelling President Nixon in 1971 to declare a war on drugs. Was Mr Nixon really pushed to declared this ‘war on drugs’? Dan Baun interviewed John Ehrlichman in 1994. He was the Domestic Affairs Advisor to President Richard Nixon from November 4, 1969 to April 30, 1973. In this interviewed Erlichman stated:

“We knew we couldn’t make it illegal to be either against the war or black, but by getting the public to associate the hippies with marijuana and blacks with heroin, and then criminalizing both heavily, we could disrupt those communities. We could arrest their leaders, raid their homes, break up their meetings, and vilify them night after night on the evening news”. (Baum 22).

Mr. Erlichman statement shows how this war on narcotics was started to demonize political opponents rather than to prevent drug abuse. Later, in 1973 the Drug Enforcement Agency (DEA) was established, and made responsible with combating drug smuggling and use.

As any other topic that calls for a dispute, we have opposing groups: for and against drugs. Let’s take a closer look to the pro legalization side. Baum writes, “Most of what we hate and fear about drugs—the violence, the overdoses, the criminality—derives from prohibition, not drugs” ( 24). Over the years the illegalization and reprimand on drugs has shown no reduction neither in use or abuse. Legalization would normalize its use, allowing society to treat it as a social issue and not a criminal one; this grants the freedom to the legal system to focus on more violent and concerning crimes.

Pro legalization also states that everybody is not punished fairly. Joseph Kane insists that “because alcohol consumption is legal, alcoholics can be treated compassionately as sick people. The same results would obtain, I suggest, if we legalized addictive drugs.” ( 61). The idea of free rehabilitation centers for everybody is one of the reason that drives him to be in favor of legalization. Many rich people are being checked-in rehab centers for the famous 12-step program while poor individuals are overflowing the prison system.

Kane also claims in his article that illegal drugs fosters more crime and that’s mostly why they are being demonized in society.(61). Drug addicts have issues keeping a long-term job so they need to steal to pay for their addiction . Therefore, decriminalizing drugs would reduce crimes related and allow society to help drug addicts in a more peaceful and effective way. He also highlights the way drugs, due to their high profiting, are used as an easy way to earn money. “Who would work for $120 a week when they can earn $300 per evening?”.(Baun,61)

Supporters of legalization dispute that we have many legal addictions nowadays,and that we are being hypocritical in the way that we are targeting the drug issue, “About 1.5 million Americans are arrested for drugs annually - about 660,000 for nothing more than possession of marijuana for personal use.” (Bill Piper). It is common knowledge that some convicted drug felons often get similar sentences to rapists and murderers. Pro legalization group also state that drug laws are enforced more often with the African American and Hispanic community, “The dramatic escalation of incarceration for drug offenses has been accompanied by profound racial/ethnic disparities. Overall, two-thirds of persons incarcerated for a drug offense in state prison are African American or Latino.”(Mauer 1).

Drug legalization supporters emphasizes how making drugs legal should reduce crimes related. (Kane 61). Also the government could manufacture safer drugs while being monitored closely. If drug addicts don’t have to share needles it may as well help decrease the spread of Hepatitis and AIDS. This has been proved by the social experiment in Portugal, where they decriminalized all drugs in 2001. Ten years later, “HIV infection rates among drug users fell by an incredible 17%, while drug related deaths were reduced by more than half.”(O'Neil).

While the group in favor of decriminalizing narcotics believes this would decrease crimes related to the issue, the group against legalization presumes that this will not stop it. “We believe that we must change public attitudes toward drugs and focus on prevention and treatment, but we must also maintain the laws making drugs illegal.”(Lynch and Blotner 9). There is no assuring that after legalizing drugs there won’t be a market where drugs would be sold to under age consumers and where they would sell it for a much lower price compared to the government’s rate.

According to Gerald W. Lynch and Roberta Blotner, “As the number of people using drugs increases, babies born to addicted mothers will increase as well” (8). Drug legalization opposers are concerned that the easy access to narcotics will weigh heavily on those innocent victims. They also defend the argument that decriminalization will not stop crime,but will just create a different market. This group can’t stress enough how afraid they are that legalization of drugs could increase drug related car accidents, suicides, and domestic violence.(Lynch and Blotner 9).

Opposers of drug decriminalization believe that legalization is not the solution We can do an early attempt to fix this issue by teaching young kids in school about the dangers of addiction. They see legalization as giving up. Charles B. Rangel list questions to have in consideration when talking about legalization. He asks if narcotics would be available for everybody, who would provide the drugs? Since drugs have long term effects on the body, will employees in certain occupations, such as doctors, drivers, teachers, and others, be able to buy narcotics? ( 14).

After close observation of both opposing groups, I am in favor of legalization. It is no secret that even after criminalization of drugs, there is still a broad drug market, which anybody can access. The government keeps putting a big amount of funds into drug enforcement every year, while this market stays intact. I have an eighteen year old brother who met the wrong people that got him into the wrong business. He started selling drugs at 16 because it was an easy way to earn money. He left school, which brings me to the next point. If the government legalized drugs, one of the things we could fix is this wave of drug dealers. Another problem is teens and young adults not going to school because it is too expensive and their family can’t afford it. Well, if the government profits from the sell of drugs we could use this money for free education or at least a much cheaper one available for everybody.

The legalization of drugs is a cause for concern because people think everybody will grow to be an addict. While making drugs available to the public and easy to obtain might increase its use, it doesn’t mean that we will all start using them or turn into drug addicts. I am pro legalization but do not use any illegal drugs myself. Being an addict is more than just having easy access to these narcotics. It goes way deeper into our personalities. Not everybody has an addictive character. Over the years we have seen how individuals from different social classes are treated differently regarding this topic. People with money are sent to rehab while the less fortunate are sent to prison. Again, if the government profits from the selling of drugs, part of that money could be used to offer free rehabilitation centers for drug addicts, where addiction would be treated as an illness and not a crime. Besides, it is really easy to obtain narcotics inside prisons worldwide; so, what are we really fixing?

Receive stories by Dark Fairy in your feed
Dark Fairy
Read next: Vitamin Vape With 5 Flavours To Treat Mood & Health