by Keanu about a year ago in humanity 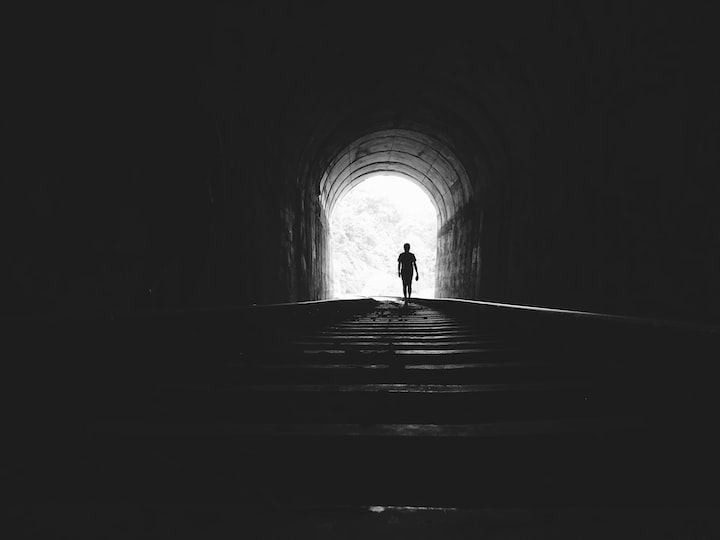 Photo by Manikandan Annamalai on Unsplash

It was my birdthay weekend and I just gotten back from vegas for my 21st. I was at my brothers house with my good friend Jordan, still continuing the party, drinking and smoking, when another good friend of mine calls me and tells me he has something for me. Buzzed and excited, I let my brother know that I was leaving to meet up with my friend Dom. Obvviosly, I didnt drive, Jordan did, but I had an anxuios car ride there. It was about a 20 minuete drive to Dom and I was aleady buzzed so that was a fun ride bumping my favorite songs and singing my heart out. I don't remember what songs were playing I just know I was about to lose my voice if I sang any louder. But we pull up to the backsteet of Dom's house and he is sitting in his 4 runner waiting for us. We say "whats up" but I could tell he was excited to show me what he had. So he opens the trunk of his car and he tells me to sit down. So I did, and then he pulls out a pen from his pocket. I look at him confused. This was not a regular pen it was a vape pen, but i normally ossocciate this type of pen with THC wax, which i already had. But then he begins to explain what it was. "It's DMT". Still looking at him confused he begins to elaborate. "Dimethltryptamine! We all have it in our brain but it is only released twice in our lives. Once when we are born and the sencond when we die. So basically, this expience would be the that". Prior this I have expienced acid and molly but this was more than next level, but fuck it I'm open to new things. So he hands me the pen and tells me to take big hits, until you cant inhale anymore. At first, I though this man is trying to kill me, but I took my first hit and I didnt cough or feel anything. He said take 3-4 hits the same way. Hit 2, I feel a little different but nothing really. It felt like when they do drugs in a movie and they give that effect that its starting to hit. Hit 3, it hit me, I was starting to exit my body and Dom started to notice so he said "one last one". I took the last hit. I inhaled and takeoff. I entered another world. All these different colors and shapes started to appear. It was taking me somehwere, somehwhere that wasn't on earth. But I could hear with my eyes closed, Dom saying" lay down". So there I am high off DMT in the trunk of his car with Dom and Jordan watching over me. But none of that mattered I was in a different dimension. I finally reached my desination after traveling through all the colors and shapes. I was back in vegas, but everything was white. I was in white. White houses, white floors, white suits, white everything. Once I was able to grasp that everything around me was white, Everything changed in a blink of an eye. I was back in the club in vegas, but this time I could see myself from outside my body. It was like I was looking through a window watching myself. But it wasnt just me, it was eveyone I was with. I was watching the past from another lense. I could see myself acting a fool at the bar and on the dance floor. I could see my friends around me hyping me up. I wasn't afraid or anything I was just letting it take the wheel and letting this drug show me whatever it had in store. I later realized that this window I was looking through was a mirror. I could remember where the mirrors were in the club and those were the only places I could see myself. But i have yet to make contact with myself just watching from another lense. Until finally, the me in the club looked in the mirror. We were looking at eachother and we knew we were looking at eachother. What I saw is very persanal to me but i will say i saw my true self. I saw who I was on the inside. And just like that, my eyes opened and I was back in the trunk of the car. It felt like a lifetime but in reality it was only 15 minutes. I look at Dom and then I look at Jordan. They both ask me how was it. I just said "that shit was crazy". I couldn't even describe what had happend during that moment. I was in so much shock I couldn't really talk about the expierince right away. This is actually the first time im telling my story and its been 3 years.

Receive stories by Keanu in your feed
Keanu
Read next: What is Black Cannabis?