How to improve your training with cannabinoid oil

by AddictiveWritings 2 months ago in health

CBD for the gain 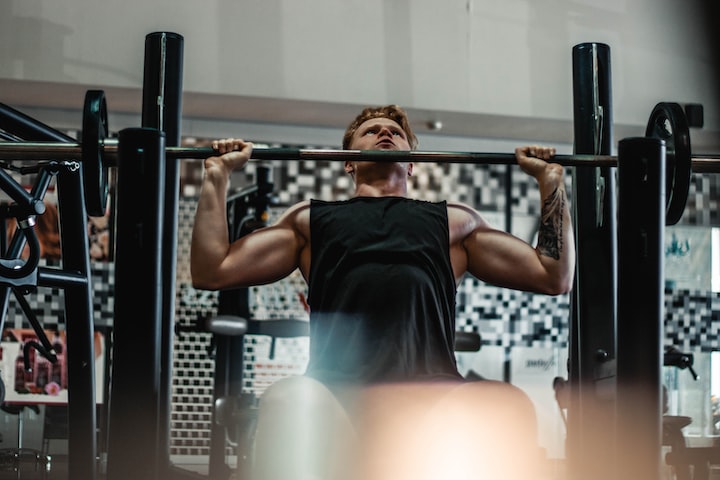 More and more athletes consume CBD oil. But what exactly is this cannabinoid oil? Does it get you “high”?

With cannabis oil, everyone immediately thinks of the intoxicating ingredient THC. However, the cannabinoid oil, or CBD oil for short, which is currently hyped among athletes, does not produce intoxication but has anti-inflammatory, pain-relieving, and relaxing effects. This article explains what CBD oil is and how it benefits your health and athletic performance.

What is CBD Oil?

When it comes to cannabis, among laymen often only the psychoactive tetrahydrocannabinol (THC) is known to have an intoxicating effect. Besides THC, the hemp plant also contains cannabinoids. One of the best known is the so-called cannabidiol. For the CBD oil, it is extracted from a useful hemp plant. This useful hemp contains hardly any tetrahydrocannabinol (THC), the psychoactive substance which is subject to the narcotics law and is prohibited. So you can neither get “high” nor addicted.

How much THC is contained in cannabis oil?

CBD oil contains only very small traces of THC, which are less than 0.2 percent. CBD does not fall under the narcotics law and its use is 100 percent legal. Cannabidiol has also been classified as safe by the World Health Organization (WHO).

How does CBD oil work in the body?

In 1987, the American professor of pharmacology Allyn Howlett was able to prove for the first time that cannabinoids act via the body’s receptors. The human body has several cannabinoid receptors (CB1 and CB2) that are distributed throughout the body. While THC has to dock to the cannabinoid receptors in the body to exert its effect, CBD merely stimulates these receptors — without having to bind to them.

This means that any cell that has a CB1 or CB2 receptor can be altered by CBD and benefit from it.

How do health and sporting performance benefit from CBD oil?

CBD oil has an anti-inflammatory, pain-relieving, anxiety-relieving, antispasmodic and calming effect. Not only the psyche and sleep benefit from this, but also — indirectly — muscle building and athletic performance. It is known that muscles grow after sport in the regeneration phase. This process can be supported by taking CBD oil.

Its anti-inflammatory effect can also help competitive athletes with muscle pain or inflammation.

Competitive athletes also benefit from the oil: due to its calming effect, it can contribute to an anxiety-relieving effect on an emotional level by relaxing. It, therefore, helps with stage fright, competition anxiety, or fear of failure.

But that is not all. The food supplement is also being researched in high doses against a variety of diseases. Examples are Parkinson’s disease, epilepsy, anxiety disorder, post-traumatic stress disorder, psychosis, and sleep disorders.

What side effects can CBD oil have?

Taking CBD oil has been proven to be very safe. According to studies and experience reports, side effects occur very rarely and are rather limited to general symptoms. For example, a reduced appetite, diarrhea, or tiredness may occur when taking CBD oil.

What is the difference between hemp seed oil?

While CBD oil is a food supplement, hemp seed oil (or colloquially called hemp oil) is a vegetable oil that is produced by pressing hemp seeds. You can use it like any other vegetable oil, for example, to refine salads.

How do I dose CBD oil correctly and how do I use it?

It is recommended to start with a small dosage of 10 mg and then increase the dosage over several days until the desired effect is achieved. CBD Oil in drop form is best suited for this, as it can be dosed precisely and individually. The oil is drizzled with a pipette under the tongue onto the mucous membrane and should then act for 60 to 90 seconds. To ensure that the oral mucosa can also absorb CBD Oil, you should neither eat nor drink for the next 10 to 15 minutes. The method of application has a great influence on how much of the active ingredient reaches the body in the end. Oral absorption via tablet or capsule has the worst bioavailability.

Experts advise: “Instead of taking the entire daily dose at once, you should take the oil several times a day. The last dose should be taken in the evening”.

Where can I buy CBD oil and how much is it?

CBD oil can be ordered in online shops, but also drugstores, health food stores, and pharmacies carry it by now. The price depends on the CBD concentration. An oil with a share of 5 percent is usually between 30 and 40 euros, while oil with 10 percent often costs twice as much.

See all posts by AddictiveWritings →