How Long Does Thc Stay In Your Hair?

by juhi kanojia 9 days ago in health

Know everything about it 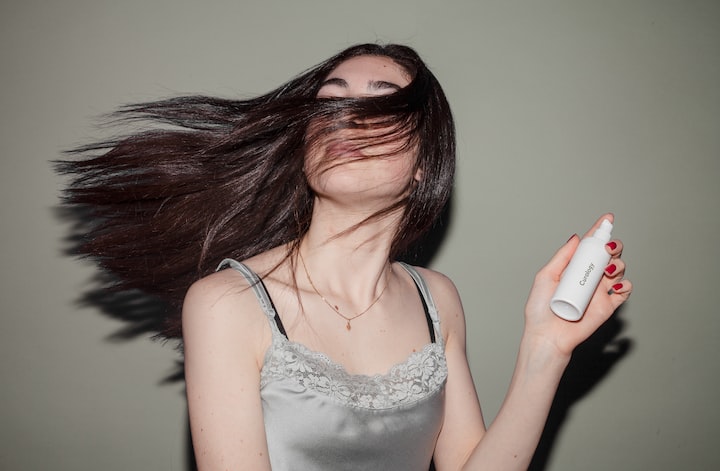 Photo by Curology on Unsplash

Before stepping into the queries such as how long does thc stay in your hair? Or how long does thc stay in your urine? let us understand the thc (tetrahydrocannabinol) in-depth, wherein one will come to know the impact of the chemical compound and its effect on the person. Depending on numerous factors such as rate of metabolism, smoking and others, the retention of marijuana traces within the body, can be identified. Urinalysis or urine testing stands as the best sought after methods to screen the use of marijuana. Employers in the United States will ask their employees to undergo the urine test. Influenced by various factors, the THC, and its metabolites continue to make its presence in the urine. Talking about the hairs, it is clear that when you keep the hair size to six inches consistently, then the THC would be out in less time. This is because the THC storage takes place in the hair follicles and depending on the quantity of hair removal; it can be detected for about three years.

What Is THC (Tetrahydrocannabinol)?

This chemical is responsible for the psychological effects produced by the marijuana. It appears to act as a naturally produced cannabinoid chemicals within the body as stated by the National Institute on Drug Abuse (NIDA). Marijuana contains this chemical in high quantity. But, the normal urine tests detect another chemical called THC-COOH (a metabolite of THC). And this is produced by the liver and further it remains in the body for a longer period. The cut-off level of THC-COOH used by the drug companies is 50 ng/mL, whereas the cut-off levels such as 100 ng/mL and 20 ng/mL are less common.

It is quite difficult to find out how long the THC and metabolites are going to be positive in the body because the metabolism rate varies from one individual to another. Retention of marijuana within the body also depends on the quantity of marijuana consumption. There are studies that reveal the facts such as the presence of chemical within the body and it stay as well.

As per the National Drug Court Institute (NDCI) information, the person who smokes for the first time or happen to smoke occasionally, and then that person is more likely to show the test positive within three days. But, on the fourth day, the users of cannabis who are infrequent are more likely to be on the safe side with 50 ng/mL threshold. When the marijuana is used sporadically or only once or twice in an event, that too below 50 ng/mL cutoff level, then it is a difficult to identify the presence of cannabinoids in the urine after three to four days.

A person who uses the chemical frequently is going to test positive on subjecting the person to the investigation on any day of the following week. The NDCI estimates suggest that even after the passage of ten days, the regular user tend to show the positive result. With the scientific evidence, it is clear that a person using 50 ng/mL cut-off levels, will not show the presence of it even after the ten days. But, in case of habitual person the same thing follows after abstaining from the smoking habit. But, it cannot be said in clarity that a heavy smoker of cannabis will show the THC metabolites even after ten days. However, in some of the cases the presence of THC can be detected after a month with the fact that the person had left the habit few days ago. In one of the typical cases, it is proved that a person who had used the cannabis for more than ten years would manage to show the positive result. That too with the exceeding 20 ng/mL limit up to 67 days after the last use.

Getting Qualified In The Urine Test

One can come across many of the skeptical urine cleansing products that promise numerous things, but one should move very cautiously in finding the right product. Within one’s reach is the water, where he/she can resort to drinking a large quantity of water to cleanse the urine contents because it naturally dilutes the things found in the urine. But, the heavy consumption of water may affect the quality of the sample. The urine testing labs can identify the dilution of the urine, and if they find it below the normal level concentration, then they reject the sample out rightly. However, retests can be made if the initial examinations fail to produce the desired results or if it becomes difficult to identify the cannabinoids in the urine.

Along with the urine test, blood examination can also be used in detecting the marijuana to clear the doubts and suspicions. In case of blood test, it is evident that one can detect the active THC if the person has used the marijuana recently. From the urine tests, only the THC-COOH levels can be measured but not THC.

The levels of THC metabolites can be easily detected by the urine evaluation, wherein the presence of compounds such as THC-COOH can be verified. The THC within the body is going to remain for a longer time while posing serious kinds of problems to the person if he continues to use it further. Researches and studies are being conducted by National Institute on Drug Abuse (NIDA) to get deep into the causes and effects of the marijuana usage. Given to this fact, in the year 2007 the NIDA has published its findings and reports and that depicts the elimination and absorption of THC by the usage of marijuana.

Smoking Marijuana Increases The Percentage Of Thc In The Body

This commonly used habit is one of the ways to use the marijuana, and that is responsible for the THC absorption. At the very first inhalation of marijuana smoke, THC can be detected, and it reaches to 9.0 min in the blood. On assessing the person just after the last puff, about 9.8 min of THC can be found out in his blood.

The patients can control the individual doses by regulating the breathing, and this ensures the THC drop to about 60 percent in the blood at the peak of 15 min after last inhalation and this drop further to 20 percent by 30 min. The levels of THC reach up to 5 ng/ml or below this number by the end of two hours.

The dropping levels of THC in blood depend on the quantity of marijuana usage. According to the estimates, it is evident that the low dosage group took a time of three to twelve hours to drop below the 0.5 ng/ml. However, in case of high dosage group it went around six to twenty-seven hours. One should select the right specimen before conducting such studies because an infrequent user would not produce the correct results on the tests. The levels of THC in an irregular user fall very quickly.

Absorption Of THC Through Marijuana Consumption

The oral ingestion of marijuana is not a commonly used procedure, and if one happens to go this way, then the levels of THC would take a different pattern. A study reveals that a 20mg consumption of THC cookies shows its peak level in the blood between one to five hours. A similar kind of study conducted in the year 1996 by Yoon and Kim, speaks about the peak level in the blood within two hours post intake of 10 mg THC capsules.

The studies involving dronabinol or hemp oils, it is found that the levels of THC in the blood fall very rapidly below 0.5 ng/ml by twenty-five hours. However, the THC-COOH has made its presence even after fifty hours of the last dosage.

Influenced by the fast rate of metabolism by liver and distribution in the body, the THC concentration levels in the blood decrease quickly. Being the fat soluble molecule, the THC is absorbed in a fast manner by the organs (such as the heart, liver, brain, and lung) which have high blood circulation. The organs of the body would retain the THC as well as its metabolites more when it is compared to the blood withholding levels. The studies show that the THC is mainly stored in the fat tissues, and it can stay up for four weeks on regular usage.

The metabolism of THC is mainly performed by the liver but the organs like the intestine, lungs and brain to contribute in the process. Statistics reveals the elimination of THC about 80 to 90 percent happens in just five days in the form of metabolites. And more than 65 percent is excreted in the feces followed by 20 percent in the urine. According to the studies, it is known that a regular user/s have the THC above 0.3 ng/ml in the blood up to a month even after terminating the consumption. But, this varies from one individual to another.

In the urine, THC-COOH metabolite is found but not in the active form of THC. It is known from the results that it varies from one user to another even in the environment of controlled settings of a laboratory. In case of the new users, the time limit would last for one to two days for detecting the 50ng/ml limit. However, it is opposite in case of regular users who show the THC metabolites test positive for a 20 ng/ml limit up to 46 days after experiencing the marijuana. But, in case of persons with the history of consumption for about ten years will be positive in the test of 20 ng/ml limit up to 67 days.

How Long The THC Test Is Going To Be Positive?

Just based on the findings, it is not possible to define the existence of marijuana in the system. There are many factors that add impetus to this uncertainty like intake method, frequency, metabolism rate and THC dosage. Apart from this, one can come across the results of the tests that speak about the varied cut-off limits as well as the accuracy. It is known from the studies that even after stopping the usage of marijuana, the person is more likely to be positive in the THC examination. This is in comparison with the marijuana users who had just used it for once or twice in the past week/s.

Detection Of Metabolites In The Body

In order to help the people to understand the levels of THC within the body, Marijuana THC Drug Test Calculator can be utilized. Here, any of the patients can report their test results by just simply submitting a form. The calculator has been used for more than 10+ million times till date. Using this, one can determine the quantity of THC in the body without much effort, but before going further one has to analyze the things at hand in clarity.

Tetrahydrocannabinol is a chemical compound that brings in the extreme joy to its user. Primarily, it is hydrophobic wherein it gets dissolved very fast in the water while breaking down into 80 special metabolites. The metabolites hydrophobic nature allows them to be non-sticky to the water molecules. But, the reverse happens in the case of alcohol. However, the metabolites stick to the non-polar compounds such as oils, fat, and alkanes – wherein the storage of THC happens.

Thinking to pass the marijuana test is a good idea, but make sure that how long the THC in your body shall remain detectable. The multi-billion dollar business is surrounded around the identification and confirmation of the five different metabolites in the blood; where the THC-COOH is the primary one to be recognized. In this process, they would charge heavily on the patients while invading the privacy in all the aspects.

Content editor/publisher having knowledge of SEO and digital marketing

Receive stories by juhi kanojia in your feed
juhi kanojia
Read next: History of Cannabis