by David Heitz 11 days ago in health 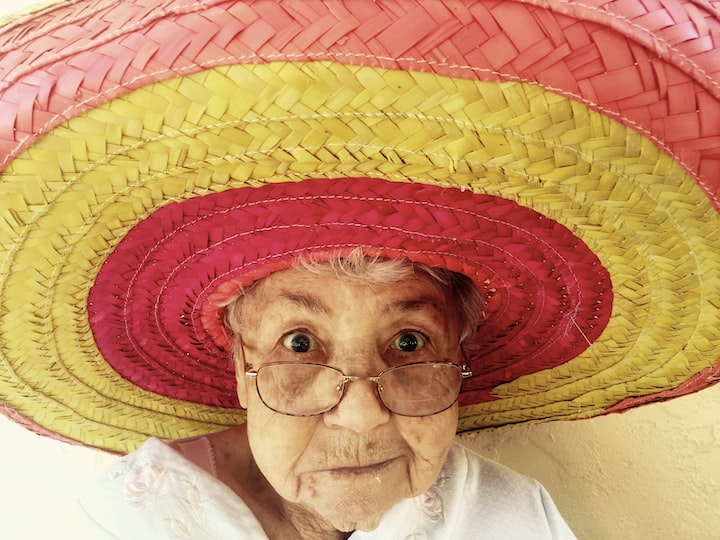 Photo by Alex Harvey 🤙🏻 on Unsplash

Elderly people have bodies with lots of wear and tear. They ache, and they want relief.

And at their age, they could care less about the stigma the medical establishment perpetuates about medical cannabis.

“Honey, give grandma a hit of that!” You know you’ve heard it. Now, let’s talk about it. Seriously.

Dispensary patients no different from who you see at Walgreen’s

When people ask me about the medical marijuana dispensary where I am registered, which is all the time, I always have the soundbite ready. “It’s mostly elderly women when I go in the mornings,” I tell them.

In fact, it could be the same people you see in line at Walgreen's. Although there are many chronic conditions that might qualify an elderly person for a medical cannabis card in their state, most use it to seek relief from arthritis and inflammation-causing conditions in general.

When I tell people about all the seniors at the dispensary, the reaction from seniors themselves always is, “Yep, yep!” I love how they could care less about the stigma attached to cannabis.

The next thing they always tell me about is a friend somewhere who is able to get edibles. “They have cookies, candy, even coffee.”

For most elderly people, the biggest hurdle to medical cannabis likely is cost.

It’s not for a lack of interest. I interviewed for a job on Upwork once where I would have been going into assisted living communities in California and educating seniors about medical cannabis.

I may have ended up being offered the job, but I pulled out. They kept asking “Tell us more!” during the interview process. Finally, I said, “I’ve told you enough already! My rate is $27.50 per hour!”

My interview for a job explaining cannabis to seniors

They asked me, “What would your main message be to senior homes on why they should allow us to be present?”

I said: “If the seniors who are mobile and still drive, or have lots of friends who visit, are not educated about what strains may help them if they do get the card, they could self-medicate willy-nilly.

“Marijuana is medication, and the seniors need to understand that no two bowls of weed are necessarily the same. If they are not educated about indica, sativa, CBD (I’d now add terpenes) and THC in an era of widespread availability, the results could be disastrous. No two strains are appropriate for all people.”

They asked: “What obstacles do you foresee with contacting senior homes regarding presenting cannabis and how do you plan on overcoming this?”

I said: “Some may flat out refer to federal law just to avoid the entire conversation. So, it’s important to reassure them first and foremost of what the laws are (in their state and whether there is a logical federal threat … which it increasingly appears there might be, at least to me).

“Second, they need to be convinced … that it’s important to be ahead of the curve … as it pertains to medical marijuana. It is here to say and at some point, residents are going to start inquiring about keeping it in their units.

”Worse, they could start getting it off the streets from their children and grandchildren as the green movement sweeps the nation.

Half of medical cannabis cardholders are parents

In terms of statistics to back up my theory about the mature medical cannabis market, I found a study reported by HelloMD/Marketwatch. The report, headlined “Mom and dad make up 45 percent of medical marijuana patients,” found:“ Nearly 85 percent of medical marijuana patients had some form of higher education – nearly 15 percent held a postgraduate degree – and about 45 percent were parents.

”The survey included responses from 1,400 patients. The safety of elderly people in the medical cannabis era must be paramount. Full-on federal legalization is inevitable.

If you think this job I applied for sounds unbelievably wacky, it isn’t. CBS News reported recently about a cannabis club at the Rossmoor retirement company in Walnut Creek, in the San Francisco Bay area. Its president, Renee Lee, is quoted. "We caution, especially the seniors, to stay away from edibles, and really start slow,” she told CBS News. “We start with low dosage, we start in the early evening, telling them not to drive, not to mix alcohol. There’s a lot of cautions, a lot of education that comes along with it.”

This is interesting to know, because the first thing most seniors ask me when they learn I have a cannabis card is whether I’ve tried the edibles. Many seniors swear by edibles. In fact, in the same CBS news story, 68-year-old Sue Taylor describes how she uses cannabis gummies for sleep and pain. What did Sue, a retiree, used to do? Work as a high school principal. Her son, who’s in the pot business, introduced her to weed.

Scientific American on cannabis use among the elderly

Scientific American recently reported on research published in June in the journal Nature Medicine. To quote their prose: “Picture the stereotypical pot smoker: young, dazed, and confused. Marijuana has long been known for its psychoactive effects, which can include cognitive impairment. But new research…suggests the drug might affect older users very differently than young ones – at least in mice.

“Instead of impairing learning and memory, as it does in young people, the drug appears to reverse age-related declines in the cognitive performance of elderly mice.” The publication quotes Andreas Zimmer of the University of Bonn in Germany. When young mice were given low amounts of THC, they could barely find a safety platform in a water maze.

We can’t immediately convey mice results to humans. Costly clinical trials are needed. Such trials generally are funded by Pharma, which has some of the deepest pockets on the planet. Pharma’s not in the business of funding cannabis trials, of course, because it’s not good for business.

Cannabis as a treatment for Alzheimer’s?

You may also have heard in the news lately that cannabis may help people with Alzheimer’s. This is in part due to the CBD found in cannabis.

A recent Australian study, a review of 27 previous studies, showed that CBD may help with several neurological disorders and even schizophrenia. The study was published in the journal Neuroscience and Biobehavioral Reviews. “From this review, we found that CBD will not improve learning and memory in healthy brains, but may improve aspects of learning and memory in illnesses associated with cognitive impairment, including Alzheimer’s disease, as well as neurological and neuro-inflammatory disorders,” project leader Dr. Katrina Green said in a news release. “Evidence suggests that CBD is neuroprotective and can reduce cognitive impairment associated with use of delta-9-tetrahydrocannabinol (THC), the main psychoactive component of cannabis.”

As for schizophrenia, “CBD may be able to treat some of the symptoms of schizophrenia that are seemingly resistant to existing medications,” Green reported. “In addition, CBD treatment did not alter body weight or food intake, which are common side effects of antipsychotic drug treatment.”

In fact, Green learned CBD cancels out the harmful effects of THC in people with cognitive impairment. This has long been referred to the “entourage effect” of cannabis. Part of marijuana’s appeal is how its two medicinal compounds, plus terpenes, create a powerful medicine with very few, if any, negative side effects in most people.

Leave it to the wise old seniors to have figured that out better than anyone.

I am an old-school journalist with more than 30 years of experience. Here at Vocal, I write mainly for Potent, Vocal's cannabis magazine. I have a PTSD diagnosis and a medical cannabis card. I specialize in health reporting.

See all posts by David Heitz →