Confessions of a Second-Hand Psychonaut

by Katie Alafdal 11 months ago in culture
Report Story 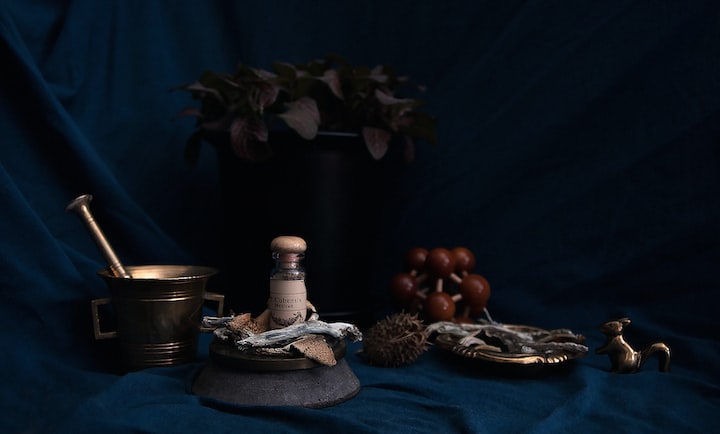 Photo by Pretty Drugthings on Unsplash

I’ve never done any illicit drugs, although I’ve come close. Once when I was nineteen, a girlfriend begged me to smoke with her, and so I put my mouth around a strawberry flavored joint, ready to experience any sort of high. But I couldn’t bring myself to light the damn thing. My girlfriend was disappointed—she was not one of those people who liked getting high alone. My doubt made her doubt me, or something like that.

During my undergrad at Berkeley I was always somewhat of an anomaly. Everyone I knew at the very least smoked weed or micro-dosed on LSD during lectures. I was surrounded by business students with coke in the side-pockets of their jeans, or English majors who had bowls of shrooms on their coffee tables. My friend, a chemical engineering student, once saved up all of her codeine after she had her wisdom teeth out, and distilled it to make it more potent before taking it alone in her room at night before bed. And then there was my former girlfriend—and her obsession with DMT, the spirit molecule.

“It’s like smoking enlightenment”, she explained coolly, one afternoon in summer as our feet dangled lazily in the backyard pool, “I can’t explain the specifics to you because it circumvents language—anything I articulate would be a radical reduction. But suffice it to say that momentarily I am transported from out of my very body and the material world becomes transformed into recognizable patterns. Oh, and there are presences, and lines of connection. Really you have to try it to understand. Why won’t you?”

I shrugged back at her, even though I knew the answer well enough. I was afraid of losing control. And besides, it could endanger my connection to Allah. A Sufi teacher had explained it to me concisely enough one morning, after I had asked if the Divine had classified the imbibing of various substances as sinful.

“That’s a tricky question because the answer is both yes and no. You use your mind to contemplate and communicate with the divine, don’t you? So anything that muddles it is necessarily perilous. However, Sufi’s have found ways of communing with Allah for thousands of years in ways that require a manipulation of the faculties—think about the whirling dervishes. All of that physical strain is meant to create another state of embodiment, and therefore existence”.

A topic of some interest over the past couple of years, in both scientific and spiritual communities, concerns the impacts of psychedelics, or hallucinogenic psychoactive substances more generally, on conceptualizations of the human spirit, psyche, and mind, in addition to the perhaps more easily understood and quantifiably examinable physical body. The intersection between psychoanalysis, mysticism, and psychoactive substances is rich in interdisciplinary connections that do not confine themselves to purely the scientific or the psychological. This strange link between some external tangible substance and what certain faiths or traditions might call the soul is inevitably submerged in obscurity and paradox, but as David Pendell poetically asserts at one point in his poetics of the psychoactive, Pharmako Poeia “there is no redemption without a body”.

It never occurred to me to feel lonely in my sobriety, probably because I was never alone. Even though all my friends were off in some other dimension, experiencing altered states of consciousness I could only dream about, I would sit with them and listen to them as they navigated the complexities of their own interiority. I imagined it was possible to follow them somehow, vaguely in the wake of the trail they forged. Of course to some extent this is wishful thinking—the point of psychoactive drugs, is that they make control impossible—one cannot really be prepared for them, no matter the setting. The point is that they take you somewhere outside of yourself without going anywhere, and especially by going inside of you. The paradox of an external material substance or chemical, wreaking spiritual and metaphysical havoc upon the faculties of the user is one that has always intrigued me.

I became a trip sitter, without really meaning to. That’s what happens when you’re the only sober one at parties.

“You’re all blue now. Blue-green. With scales. Like a mermaid. It’s so weird, it’s freaking me out. You’re low-key freaking me out”, one girl I’d never met before expressed to me after an hour or so had passed since she’d ingested her first tab of LSD. I stared at my arms and legs and then back at her. If I squinted hard enough everything went blurry, but I could distinguish no differentiation in pigmentation.

“Oh, I’m sorry”, I replied, wishing that I could see the blueness too.

At another party, everyone wanted to go outside. One girl pushed past me into the backyard and flung herself down upon the roots of an oak tree.

“I think I’m in love”, she moaned into the night air, eyes never leaving the tree. She rose to her feet again and strung her arms around the trunk, lolling her head back to regard the leaves overhead, “This tree is talking to me. I’m learning everything”.

“What is it telling you?”, I asked, excitedly.

“I don’t know but I do know I am in love. I think we—the tree and I—are married”.

“Oh”, I muttered, taken aback slightly, “Right then”. I left the two of them alone for the sake of their privacy, wondering if I would ever be able to commune with foliage without the aid of a psychoactive substance. I decided that yes, it was possible. It would just take a great deal of work, and something like meditation and revelation over time.

Later, at home, my girlfriend would tell me that my body was covered in patterns that moved and vibrated with a mathematical efficiency and flow. I gave her a marker and told her to draw them on my skin, a kind of tracing exercise. She did, and the result was something akin to leopard spots, except intermingled with line segments and the odd rhombus.

“You’re so interested in drugs, but you’ll do anything to avoid actually taking them. You’ll analyze the fuck out of them. Anything to avoid feeling them”, she murmured as she fell asleep, marker still clasped lazily in her hand. “I know”, I whispered back, but she was already asleep.

The truth was that I was afraid. For as long as I could remember, I had felt barely tethered to this reality—it was as though my conscious mind were a tipsy little boat on the vast sea of my unconscious—a boat that could capsize at any moment, leaving me in a terrible confusion of nothingness. Annihilation and divinity all at once. Drowning. Being so close to the edge, I had no desire to test the limits of my sanity or my propensity for resisting psychosis, no matter how true that psychosis might be.

As a child, I remember staring at walls until I was nearly sure that pixels had appeared. The pixels disconcerted me because they implied a kind of artificialness about my surroundings. Sometimes when I was particularly anxious, I would look down at my thighs and the pixels would appear, and then dissolve. It was as though my flesh itself were an illusion. Perhaps I was already on drugs. The mind is a kind of drug after all. It does whatever it wants to you—mutating vividly as your ego becomes more sophisticated.

More stories from Katie Alafdal and writers in Potent and other communities.