Acid on the beach Pt III

by Keanu about a year ago in humanity 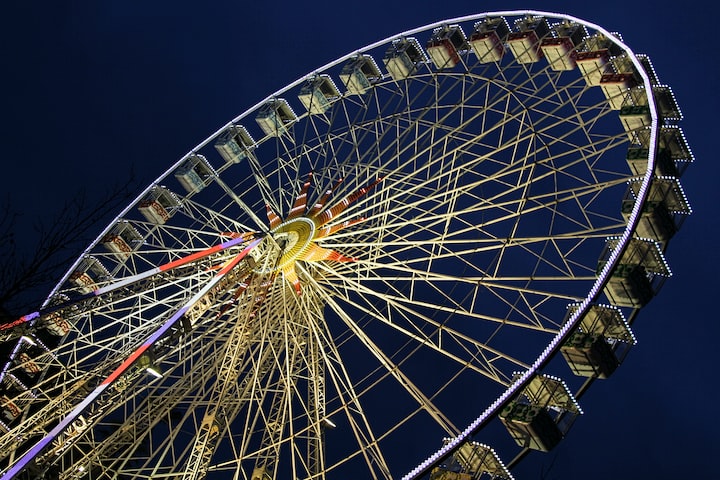 Photo by paolo candelo on Unsplash

Jordan and I are on our way towards Santa Monica, which was about a 20 min drive from el matador beach. Now, we are still tripping on acid and driving wasn't the best decision but I decided to drive anyway, not thinking about what could happen. Anyway, we are coasting down PCH as the sun is setting, it is perhaps one the best sites to have in the west coast. It was so good of a site I swerved a little off the road. After I did that I remembered "oh shit, I'm on acid." So Jordan was dj and I rolled down my window and tried to concentrate as hard as I could. Before I swerved off the road I don't even know how long I was driving for. I was just driving off muscle memory. I was literally just following everything the car ahead of me was doing. I wasn't sober but I felt like I was sober enough to continue driving. I was so focused on driving I don't remember anything else from the car ride. I don't remember what songs were being played or if I was having a conversation with Jordan or not. But we finally start to see the pier. It was gorgous. All the lights and by the time we had arrived it was sundown so the lights stood out even more. It hit me again, I'm still on acid. We had stopped at a red light to make a left into a parking garage and all I could see was the red fluorescent brake light in front of me. It felt like I was looking at it forever but it was probably just a couple minutes. We made it. We made it safeley to Santa Monica and the first thing we did was go to the promenade mall. We walk the first the floor and the first store I see, the Disney store. I ran as fast as I could towards the escalator to get to the second floor. Jordan is behind trying to catch up. I felt like a kid again. I have never felt so happy to go to a store. I walk in and I was greeted with the most friendly face, welcoming me into the store. I was so happy looking at all the toys and to top it off there was a bench and infront was a screen playing classic disney animations. I was the happiest I've ever been and then I look slightly to the left and I saw a white lady on her phone. All the enjoyment stopped right there. All I though was "she's calling the cops! She knows." I got up with the quickness and got Jordan and told hit that we needed to go. But he calmed me down and and I started looking at the toys again and letting the upbeat happy music takeover. I got in line, not knowing what I was going to purchase and then there it was. Hanging there was a the perfect backpack. It was a red backpack with the old mickey mouse all over it and next to it were lion king pins, which is my favorite disney movie by the way. It was all set up so perfect for me. It was meant to be. I don't remember how the transaction went all I know is that I wore the backpack for the rest of the night. I was a little kid again skipping around and so happy, until we got to the pier. It felt like everyone was looking at me. Before I wasn't making eye contact with people. I was looking above them but I just felt everyone looking at me and it was scary. It felt like everyone was plotting against me. I told Jordan and he said he felt the same way. The further we walked the worse it got and there it was. A mexican in a trump mask singing in spanish. It was so disturbing to see I couldn't bare to look at him again. I wasn't offended, I didn't feel no way, just disturbed but after that as we were talking towards the end of the pier, we started to sober up and feel normal. Whatever that means. It was the end of our trip and it was a hell of an expience. I don't recall every detail but from what I do remember, I refelct and look at them as a something i can learn about myself

Read next: Is Vaping CBD Safe? 10 Things to Know