Why Nasir “Nas” Jones Deserves a Nobel Prize in Literature

The street poet has earned his placement as a literary laureate. 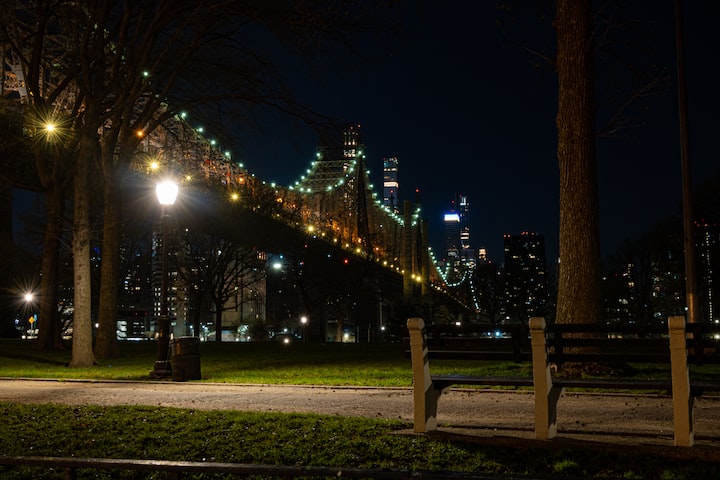 Photo by Shihab Chowdhury on Unsplash

A slight rasp and precise diction; the projects become vivid scapes; wisdom becomes a thugged out ticket into the ruggedness of the urban zones of Queensbridge, Queens, New York City. The street poet Nas has shined a light into the dim places of the inner cities for decades now.

He has challenged the ideals of what a melanated, Foundational Black American (FBA) man can spout on the microphone. His smooth yet hard flow is like cognac flowing over ice.

Nas deserves a Nobel Prize for Literature. His pedigree shows that he can be versatile, flipping vocal chords with a way to paint pictures with verbs, adverbs, nouns, and adjectives.

His dedication to the art of transforming mundane things in city neighborhoods like guns and personifying them in “ The Power I Gave You” emphasizes his might on the mic. His pen has always been sharp from his inception.

His initial album Illmatic (1994) featured one of the most profound and complicated rhyme schemes as in the final track “It Ain’t Hard to Tell”:

It ain't hard to tell, I excel, then prevail

The mic is contacted, I attract clientele

My mic check is life or death, breathin' a sniper's breath

I exhale the yellow smoke of buddha through righteous steps

Sneak a Uzi on the Island in my army jacket linin.’

Mr. Jones displayed a serious talent early in his career. Like a general on the field commanding warriors, Nas does the same for syllables and sounds. His concern with the universe (“The World is Yours,” “If I Ruled the World,” “Small World” “New World” “Rule”) and his place in it has fed optimum material.

His dense, pointed words combine with the turns of phrase that permit the listener to visualize through poetic touches the viewpoint of a man focused on excellence.

One of the greatest achievements of his career was quashing the dissension between him and fellow street sage Shawn “JAY-Z” Carter in late 2005.

Nas brought his wisdom to the fore knowing that JAY-Z as a friend would make more than dollars, it would be good for his own psyche. He has since created more albums bursting with ideas like including his father Olu Dara on the blues infused song “Bridging the Gap” from the album Street’s Disciple (2004).

And that is what makes Nas a viable contender for arguably the most prestigious literary award in history. He packs his statements with the sensual, the dangerous, the cool. The worst scenes like cops being chopped up and dropped in dumpsters is conveyed with a controlled, thoughtful cadence.

If anyone listens to a Nas album, it’s like opening a novel or collection of poems, to be more exact. The illustrations that enter the ear or a text of his words create a world that shows that a nineteen-year-old was ready to enter into the rap arena.

Members of Hip Hop ought to push for Nas to earn this lauded prize through his effortless performances and deep catalogue. Jones still raps and has amassed a great amount of attention with GRAMMY® Award appearances and documentaries.

His work is similar to supreme singers like Marvin Gaye who considered erotica and the conditions of the planet and people around him.

Nasir Jones has laid down thousands of raps over his career that amount to a stellar mountain that listeners continue to climb and break down and decipher. With prophecy and strong mental exercises, Nas has shown time and again that he is a beacon amongst a wasteland.

As rap continues to be the dominant genre throughout the globe, it’s due to bards like Nas who have studied the game and have shown himself approved.

By being the light in a dark alleyway, Nas has borne the battles to secure tranquility. His mind has always been trained on lifting up the genre to levels of special deportment. While some will dismiss the artform, it is a poet like Nas that has elevated the entire genre through his words. His presence remains a paragon of strength, smarts, and comprehension.

For all his rhymes his best may be on his classic “One Mic”:

All I need is one life, one try, one breath, I'm one man

What I stand for speaks for itself, they don't understand.

He breaks down his reality as a man of color in America. He’s not complaining or even championing the idea, he’s simply addressing his very nature.

For Nas to receive an honor such as being a Nobel Laureate for Literature would ennoble some of the masses who may not know or regard rap. Also members of the Hip Hop community might glean knowledge about the prize as well. As a bastion, he would be exalted for this esteemed laurel. As a man of his word, Nas has constructed an entire body of work that expels the negative and embraces the truth.

For him to be a Nobel Laureate would mean that young children will see that even those from the worst circumstances can excel to greater heights given their talent and work ethic.

To take Nas as another American deserving of the Nobel Prize for letters means that he earned it. Throughout, an entire pathway lit by wit and street intelligence has propelled Nas to become a greater man. That misunderstanding that he found from critics, peers, and those who decried his ability would still be present. The way, however, he would be able to discover his true self would be by knowing that a hunk of Swedish gold and a cool nine hundred thousand dollars plus would suit his caliber.

When rap finally gets proper treatment by all sectors for the fact that it is a viable way to dance, and allow the mind to dance, that will be a day of reckoning. Nas has without a doubt beget future potential poets laureate Lupe Fiasco, J. Cole and Pulitzer Prize-winner Kendrick Lamar. He has laid the groundwork for these artists to tread in the Hip Hop town. To be a bearer of something applauded and despised in the same turn, he has never faltered on his role as statesman for the genre.

Nas knows that he can take that trip out to Sweden and accept a rare award, even rarer for a rapper.

More stories from Skyler Saunders and writers in Poets and other communities.