A witch falls in love—the greatest sin of all. 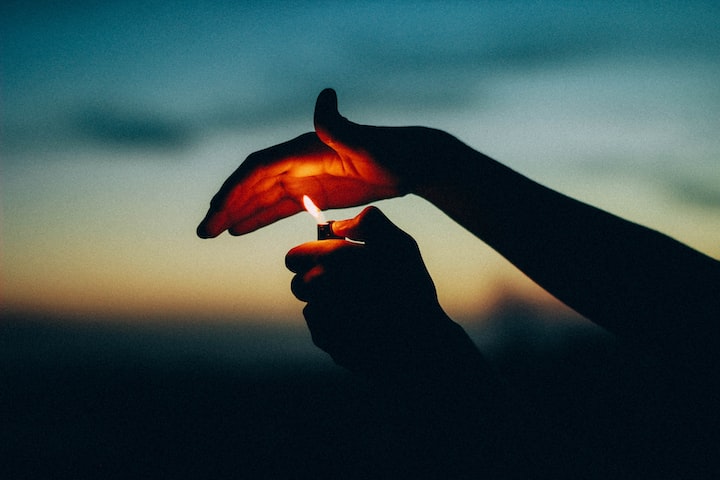 Photo by Fernando @cferdo on Unsplash

Some things never changed, like the way men's eyes

scraped across a woman's back if she were too loud

or the way other women flicked out their tongues,

snake-like, when they gossiped about newcomers.

The little town on the edge of Brynwar Lake sat

like a quintessential little place made for a map,

the kind of subset for day trips from the city,

but Ilda knew better than to count her eggs

before they had the chance of hatching

because she sang in tongues and danced wild

when the moon was heavy and full overhead.

No one knew a thing but her little girl, Myrda,

but small towns were not for secrets whatsoever.

The mistake hadn't been moving to Brynwar—

though that might have had its own sliver of purpose—

but Myrda had been a happenstance at first,

a chance child born of a love that shouldn't have been—

The ashes were that the father had left, as they do,

and Ilda had cried before she took to wandering,

each town a footprint for another life to live.

Brynwar was the seventh, a number of perfection,

but that meant little when the townspeople glanced her way

and spoke in whispers that alone told her too much.

Still, Myrda was happy, and wasn't that enough for a mother?

But the world still spoke of witches aplenty,

how Hex-children had scars or birthmarks,

how women were colluding with cursed tomes.

It was only time before they came to Ilda's door

with an inquisitional team from the sheriff's office;

Myrda hid in a secret room behind a bookcase

while Ilda was taken away, accused and believed

guilty until proven innocent, as it was then.

Though Ilda would stand a trial by justice's hand,

her house was believed to be cursed evermore,

and so they torched it in the night, a blaze,

while Myrda watched from the woods,

making a sacred promise with the willow.

"Catch me, catch me, watch me burn;

but never let them see the wind return."

The words were a whisper, ominous,

a waiting spell for a new order to come.

For more poetry, click here. Thank you for the support.

More stories from Jillian Spiridon and writers in Poets and other communities.